#Frasercares - covid - 19
Your session has time out. You have been logged out due to inactivity. To continue, please sign in again.
member sign up | sign in
| LOGOUT
Now Reading:
7 of the top free things to do in Melbourne: Exploring the world’s best city on a budget 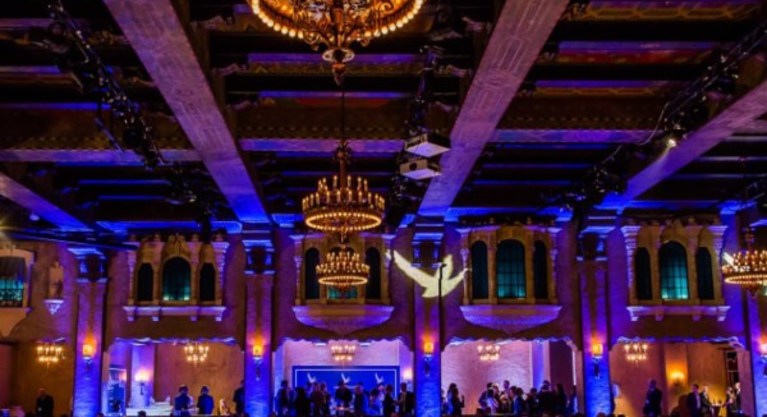 Once fighting hard to build its international reputation, Melbourne is now deservedly considered one of the best cities in the world. It’s no longer a well-kept secret that Victoria’s capital is home to one of the most eclectic mixes of history, culture, food, music, sport, nature, entertainment and business that you’ll find anywhere on the planet, and there’s no shortage of items to add to the itinerary no matter how long you stay. In fact, you’ll have trouble deciding what to skip!

But it’s also no secret that Melbourne isn’t the cheapest city in the world, and it’s frighteningly easy to blow out your travel budget before you even know it. The great news is that in a city as incredible as this one, there is always a bounty of free activities and attractions to enjoy without sacrificing your enjoyment. In truth, many of the most spectacular things to see and do won’t cost you a cent. From shows, concerts and festivals to galleries, street art and hidden gems, here’s our top picks for free things to do in Melbourne.

Although markets are one of the most dangerous traps for shopaholics on a budget, they are still an absolute treat if you resist the urge to splurge. The Queen Vic Market is an iconic feature of Melbourne and adored by locals and tourists alike. Stroll through the massive sheds and inspect endless stalls selling fresh fruit, veggies, flowers, meat, smallgoods, dairy, clothing, home decor, handmade trinkets and countless other goods, and reflect on the fact the market has been operating for more than a century. If you’re patient, you’re likely to get some free samples from sellers confident enough you’ll be too tempted to resist a purchase after tasting their creations, which is a risk you might have to take! The Queen Vic Market is an essential on your Melbourne itinerary that won’t disappoint, and is open on Tuesdays and Thursday to Sunday. A bustling night market runs over summer and winter every Wednesday at 5pm, which is well worth a visit in addition to the usual daytime market.

All year round, visitors to St Kilda just after sunset are treated to views of an adorable colony of little penguins waddling around the rocks of the pier after a long day of hunting fish. It’s a tranquil scene to be experienced not far from the city, with summer being the best time of your to maximise your chances of spotting the penguins. While you’re in the area, check out the thriving community of St Kilda by strolling past the many shops, restaurants and cafes punctuating the foreshore. When looking for the penguins, just be sure to resist the temptation to climb over the rocks and go searching for the cute black-and-white residents, as that’s where they lay their eggs and look after their young until they’re old enough to venture out on their own. It’s also important to remember flash photography is not permitted, and visitors are not allowed to feed or touch them.

3. Enjoy some stand up comedy

Melbourne is renowned for its comedy scene and you don’t have to be in town during the International Comedy Festival to enjoy it. Countless bars throughout the city host free comedy nights where you’ll get the chance to see a mix of established names and newcomers take to the stage and deliver their best material. While you can never be sure what you’re in for at a free gig, you might be surprised just how good some of the city’s undiscovered comedians can be. Besides, there’s a unique appeal to free comedy that you won’t get from a ticketed event, and you’ll be supporting local comedians in the process.

4. Lose yourself in the National Gallery of Victoria

The National Gallery Victoria is a treasured institution of Melbourne and a must-see for anyone visiting the city. Located just down the road from the unmissable sparkling spire of the Arts Centre and the distinctive facade of Federation Square, the NGV boasts an impressive collection of permanent works along with regularly rotating selection of world-class exhibitions that are sure to capture your imagination. The architecture alone will be enough to draw you in -- the displays will make you never want to leave.

On any given night throughout Melbourne’s CBD and inner suburbs, countless bars and pubs feature free live music in every genre imaginable. Whether you’re into progressive pop, new wave hip-hop, Irish flute, classic rock, Colombian folk, soothing jazz or anything in between, you’ll have no trouble tracking down a free gig somewhere in this famously musical city. It’s also a great excuse to explore the many unique establishments dotted throughout the city, each with their own role to play in the growth and maintenance of Melbourne’s music scene.

6. Visit the State Library of Victoria

There’s something special about the State Library of Victoria that makes it an extremely popular attraction for visitors to Melbourne. As beautiful on the inside as it is on the outside, an afternoon spent walking through the library’s mixture of old and new is an afternoon well spent. Between the striking architecture of the Dome Reading Room and the eerie combination of profound silence and quiet shuffling of papers, a visit to this building is a unique experience that will gently pull you from the bustle and bustle of the street the moment you step through the front door.

Melbourne is renowned for its countless lanes and alleyways snaking through the CBD between the many cafes and eateries, and you’d be hard pressed to find one that isn’t covered in a splash of truly spectacular street art. Hosier Lane, Centre Place, ACDC Lane and Union Lane are among the most well-known street art hotspots, but take it upon yourself to go beyond these staples and find some of the countless other works splattered across the city. Street art is quintessential Melbourne and is one of the best free attractions you’ll find in the city.

With fully furnished four-star apartments in the CBD, Fraser Place Melbourne is the perfect accommodation choice for your next short or long stay in the world’s most livable city.