#Frasercares - covid - 19
Your session has time out. You have been logged out due to inactivity. To continue, please sign in again.
member sign up | sign in
| LOGOUT
Now Reading:
Rottnest Island in A Day: The Best Things To See And Do

Rottnest Island in A Day: The Best Things To See And Do

How to get to Cottesloe Beach from Perth CBD 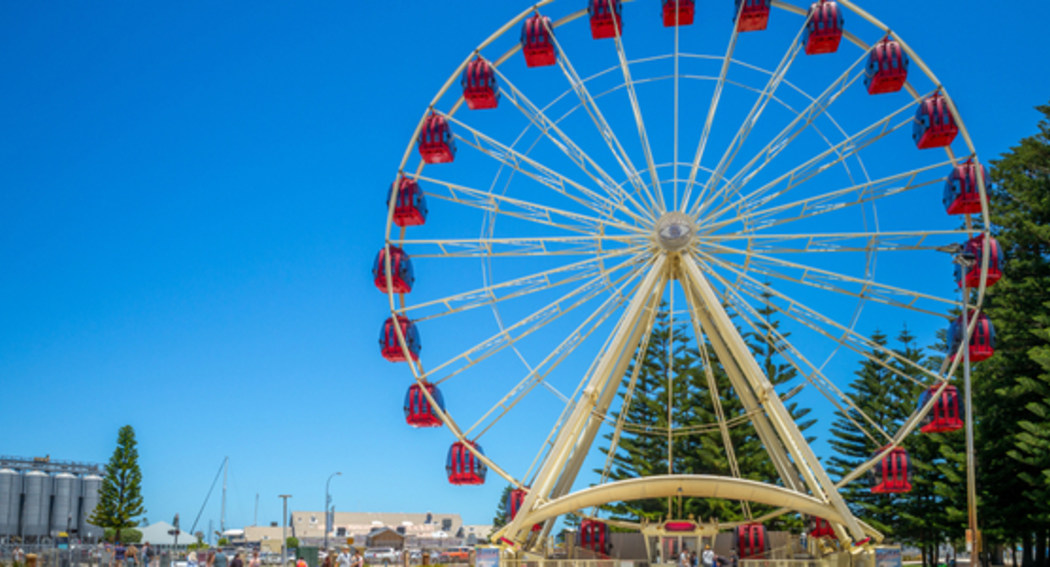 Rottnest Island in A Day: The Best Things To See And Do

Perth draws in travellers from near and far seeking out its breathtaking variety of food, culture and beachside spots. But situated just 18-kilometres off the coastline is a stunning getaway that offers visitors an entirely new perspective on Western Australia. Rottnest Island makes for an awesome summertime holiday as people look to escape the mainland, diving straight into the island's coastal lifestyle and storied past. From functioning as an army barracks and a labour camp to a colonial penal colony, Rottnest Island has done away with its troubled history and has instead become an attractive destination for holidaymakers looking to experience white sandy beaches and a variety of animal and plant life.

As the largest in a series of coastal islands, Rottnest makes for an incredible place to explore for a day as you get away from all the hubbub of Perth. And the best part is that your Fraser Suites Perth luxury apartment puts you easily within touching distance of the daily ferries that make their to Rottnest Island. With so much to see and do, these are some of the Rottnest Island attractions and places that you simply can't miss.

Become friends with the quokkas

Having been inhabited by the local Aboriginal population several thousand years ago, when Dutch adventurer William de Vlamingh landed at Rottnest Island in 1696 all he uncovered was quokkas. Fascinated by these lovable animals that he mistook for massive rats, he decided to give the island the name of Rottnest, which translates into English as ‘rats nest’. These days, quokkas have become an internet sensation with their relaxed nature around humans making them perfect for what's become known as a 'quokka selfie'.

With celebrities and athletes like Chris Hemsworth, Margot Robbie and Roger Federer getting in on the trend, you can give it a shot yourself with these friendly marsupials most commonly able to be seen throughout the mid-afternoon. There's plenty to learn about these creatures and you should consider taking a free guided quokka walk, which sees a local expert describe their natural habitat and explain a wealth of other facts. However, remember to never directly interfere with quokkas and to always treat them with respect.

When the sun is out and shining, Rottnest Island comes to life with activity as travellers seek out its numerous beautiful beaches. With many of these stretches of pristine coastline easily within reach of each other, the crystal clear waters routinely attract a flock of eager sun seekers. However, each of these spectacular seaside spots offers their own outstanding characteristics.

Perhaps the most prized beach on the island is called The Basin. Home to some of the island's clearest waters, it's also well regarded as the ideal place to don your snorkelling gear and explore the extensive underwater cave system. Surrounded by astounding limestone reefs, Rottnest Island is also an idyllic location to experience some native marine life.

Meanwhile, situated just a 10-minute walk away is another great beach to spend a few hours relaxing. As the Bathurst Lighthouse can be seen in the background, Pinkys Beach showcases a striking view that stretches along the island's heads. However, if you're looking for a serene option away from the crowds, Parakeet Bay is the place to be. With all these and many more to explore, Rottnest Island provides an awesome selection of sun-drenched beaches to experience throughout the day.

You might be surprised to discover that there are over 200 hectares of salt lakes to discover across Rottnest Island – that equals close to 10 per cent of the island's entire landmass. Once you've finished swimming in the ocean and sunbathing on the beach, Rottnest's array of salt lakes provides an intriguing next stop. As you consider each of the island's 12 lakes, take special note of the plant life, which has adapted to the dry and saline conditions in their own unique ways.

Depending on when you decide to visit, seven of the salt lakes are permanent, as they provide a special wetland habitat all year round. However, five of the lakes are known to become dry throughout the hot seasons. As the salinity of the region has a significant impact on the local vegetation, the island's acclaimed restaurants have been sure to make the most of the samphire and other salty plants that make for a unique flavour in some delicious dishes.

Discover the flavours of Rottnest Island

It’s not just natural wonders that are found on Rottnest Island. There is also a rich variety of restaurants, cafes and bars, which means you won't be going hungry when you decide to visit for the day. Found in the heart of town is Frankie's on Rotto, a laid-back kind of place that welcomes visitors with open arms. Open for breakfast, lunch and dinner, its wide selection of pizza, pasta and other classic meals make it a choice spot to rest after a busy morning exploring the island.

Another great pick is Thomsons Rottnest, which highlights fine produce from an assortment of West Australian growers and producers. You'll find the restaurant overlooking the waterfront in Thomson Bay, with sliding doors and casual seating ensuring you get a wonderful view. Named after salt farmer Robert Thomson, who worked on the island in the 1840s, the menu highlights fresh local seafood and high-quality beef.

But if you're simply looking for a perfectly made coffee to give you that morning or afternoon pick-me-up, you can't go wrong with The Lane, which the locals all agree is the best cup of java available on Rottnest.

Take some time out

Once you’ve had enough adventuring for the day, take some time out and enjoy some peaceful activities. Karma Rottnest is where you should head if you consider yourself pretty handy on the putting green. Constructed in 1961 and refurbished in 2013, there are 18-holes for you to take a swing at as the home of the Rottnest Island Country Club is regarded as one of the most challenging golf courses anywhere in Western Australia.

There's also a lot for kids to do with the Just 4 Fun Aqua Park offering a huge inflatable water park that's based in bustling Thomson Bay. From rock climbing walls to giant seesaws and obstacle courses, it'll keep the young ones entertained for hours. And if you can't wait to catch one of the latest blockbuster flicks, the Rottnest Island Picture Hall is where you can munch down some popcorn with a family-friendly movie.

Getting to Rottnest Island from Fraser Suites Perth

Visiting Rottnest Island from Fraser Suites Perth is a simple enough journey. Located just two-kilometres away is Barrack Street Jetty, which is where you can climb aboard a ferry and take the 90-minute journey to your destination. Further afield, there's also the option of departing from Hillarys Boat Harbour, which will get on Rottnest Island following a 45-minute ferry ride.

When it comes to leaving behind the busy city streets of Perth, you can't go wrong with visiting Rottnest Island. Undoubtedly one of Australia's most underrated getaways, Rottnest Island offers visitors a remarkable range of natural wonders, gastronomic delights and leisurely activities that will make your stay at Fraser Suites Perth unforgettable.