#Frasercares - covid - 19
Your session has time out. You have been logged out due to inactivity. To continue, please sign in again.
member sign up | sign in
| LOGOUT
Now Reading:
Find beautiful art, design and history at these Frankfurt landmarks

Find beautiful art, design and history at these Frankfurt landmarks 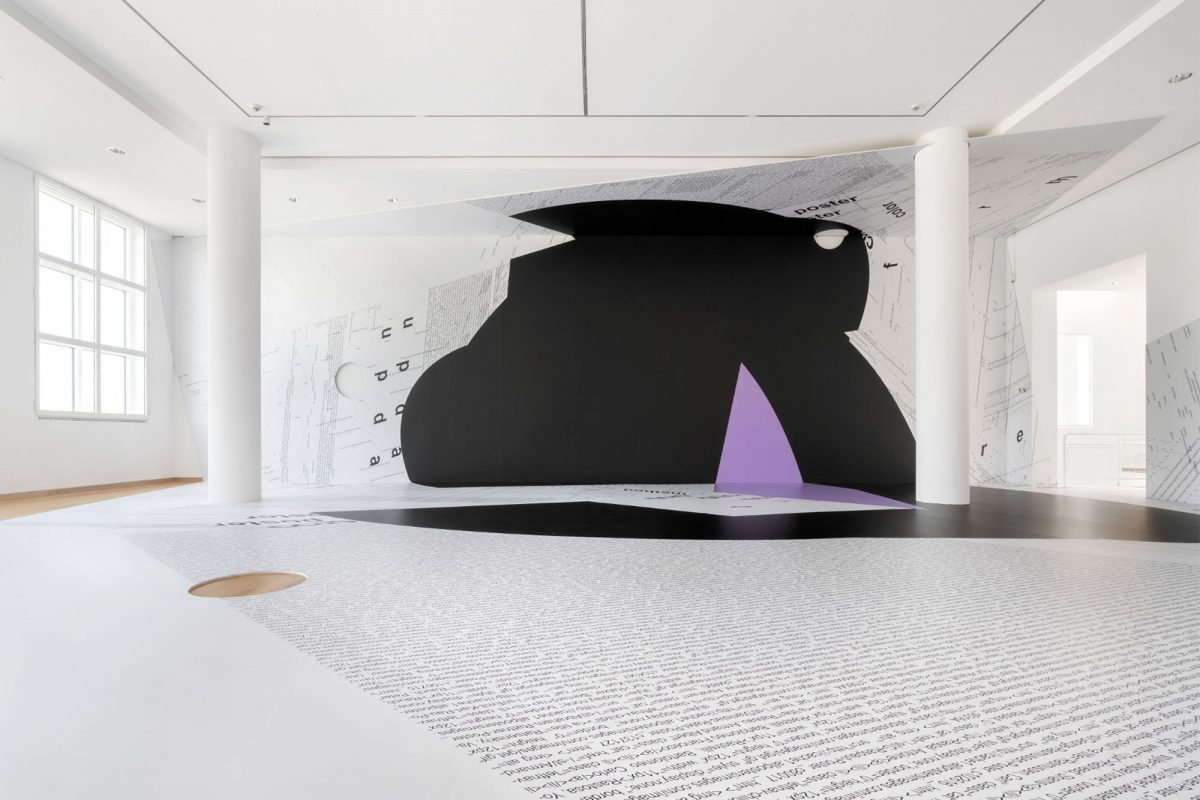 Best chocolatiers in the world

Why You Should Put These Flower Fields on Your Holiday Itinerary

There’s more than meets the eye when it comes to Frankfurt. The German city was given the nickname “Mainhattan”, both due to the similarity its skyline shares with New York City’s borough of Manhattan and because of  its placement on the Main River. Besides its status as a commercial and business hub in Europe, Frankfurt is also a great destination for more artistic and cultural pursuits.

Its location along the river contributes to the numerous eye-catching landmarks ready to be explored. From world-renowned art to historical treasures, every corner is a photo opportunity waiting to be discovered. So, ready your cameras and get set to explore these Frankfurt attractions.

For art and museum enthusiasts 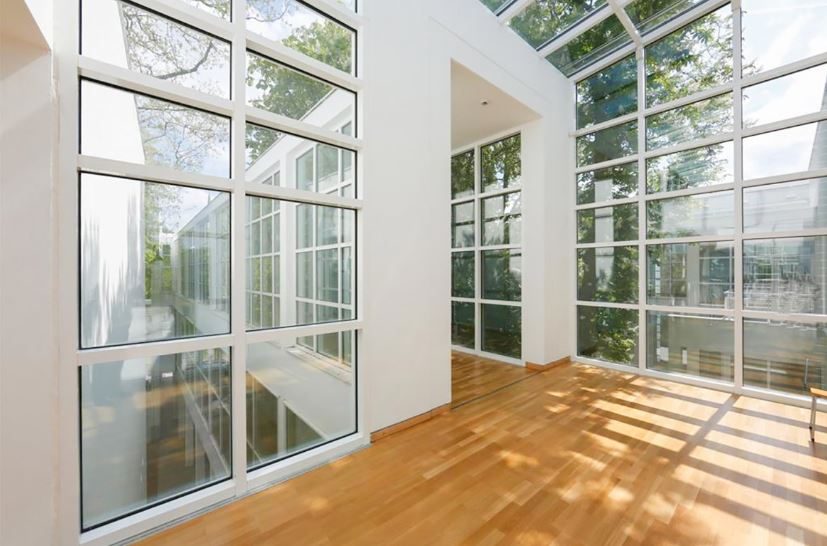 Begin your day at Museumsufer, Frankfurt’s museum quarter. Head to the striking white neo-classical building housing Museum Angewandte Kunst (Museum of Applied Arts), where permanent installations such as the New Museum for Bees and Richard Meier: A Style Room are must-visits.

If your interest is old masters, Städel Museum should be your first choice instead. Founded in 1815, this minimalist-influenced and modern building is Germany’s oldest museum foundation. The seemingly small museum has 104,000 art pieces to be seen, with Impressionist works from Monet and Van Gogh to fine art from Matisse to Picasso, along with more contemporary works including Francis Bacon and Andy Warhol.

For film and culture buffs, explore the Lumière brothers-related exhibits and history of cinema at Deutsches Filmmuseum (German Film Museum) or cultural exhibits at Weltkulturen Museum (Museum of World Cultures – will reopen 2 November 2022). With more than 65,000 artefacts from around the world, the latter is one of Europe’s top ethnological museums.

Alternatively, visit Liebieghaus (Museum of Ancient Sculpture) for its large collection of Asian, Egyptian, Greek and Roman sculptures as well as pieces from the medieval, Renaissance and Baroque periods. Tip: Frankfurt’s largest flea market is held here on Saturdays, so you might want to plan your visit so that it coincides. If you’re planning to visit a number of museums, be sure to also buy a Museumsufer discount ticket at the first museum you’re exploring. 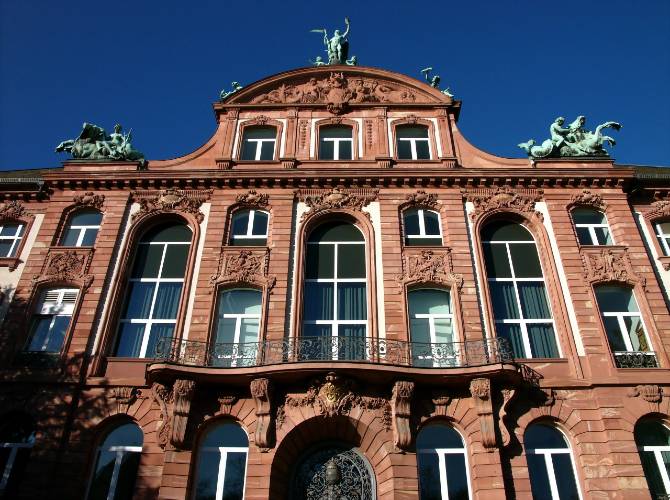 If you’re spending the day in Alstadt, quench your fascination for literary works at the typically medieval Goethe House and Museum (above), the birthplace and home to Germany’s most important writer Johann Wolfgang von Goethe. Destroyed in World War II, it has now been fully restored with original haute-bourgeois furniture, paintings and books, based on the inventory taken when the place was sold.

Explore the four levels, from the sumptuous dining room on the main floor to Goethe’s writing room on the top floor where he penned many of his early works and played with his prized gift, a puppet theatre, as a four-year-old child. If that is not enough, walk over to the neighbouring Goethe Museum, a 14-room gallery with many artworks from the writer’s time, including masterpieces of the Late Baroque and Romantic periods.

Take a scenic 324-step climb to the top at St Bartholomew’s Cathedral, where a magnificent panoramic view of the city awaits. Built between the 13th and 15th centuries, this red-sandstone building has its architectural influence from neo-Gothic style. Even though this was never an episcopal church, it was one of the few churches to have received the designation as ‘Imperial Cathedral’ (Kaiserdom).

Today the 95m tower still remains a striking landmark amid Frankfurt’s skyscrapers, having survived a fire in 1867 and World War II. Also drop by the cathedral museum in the medieval cloister, which contains exhibits from the cathedral’s treasury, fascinating finds from the late Merovingian period in the 7th century and the most important relic, the skullcap of St. Bartholomew. Public tours are open on Fridays, Saturdays and Sundays at 3pm.

Paulskirche (St Paul’s Church) in Alstadt has been both a Lutheran church and parliament building on different occasions. Built between 1789 and 1833, look out for the circular nave and adjoining clock tower in this brick establishment. Widely seen as the symbol of German democratic movement, it was used during the lead-up to the elections for the German National Assembly, the first freely elected German parliament.

Although it was later destroyed by bombings during World War II, it became the first structure in Frankfurt to be rebuilt post-war as a tribute to its symbolism of freedom. Now used as an exhibition hall, admire the 33m painting that encircles the main room downstairs – an artistic depiction of life. Visit the 47m-tall Eschenheimer Turm (above, Eschenheimer Tower), which is topped with a central spire, four side turrets and a projecting battlement. Built in the early 1400s, this late-medieval round tower fortification is located next to the busy Eschenheimer Tor (Eschenheimer Gate) plaza. Standing as the most well-preserved building from the Roman ‘new town’, this makes for an interesting sight among the modern high-risers. Tip: Refuel at the café and restaurant on the ground floor. Wind down over a refreshing hefeweizen (south German wheat beer) and a traditional Frankfurter wurst.

Gaze upon the Main Tower, the tallest building in the city and the only skyscraper open for public viewing. Named after the Main River which runs through the city centre, this modern-day structure in the heart of CBD offers the best 360-degree view of the Rhine-Main region.Take the lift 200m up to the observation deck – all it takes is 45 seconds!

Then end your evening with a meal at The Main Tower Bar and Restaurant on the 53rd floor. If you’d like to stay on, head to the Lounge and enjoy a cocktail. Main Tower is also home to The Helaba Collection, a contemporary art collection that includes works such as Bill Viola’s video installation “The World of Appearances” and the wall mosaic “Frankfurter Treppe”  (Frankfurt Steps) of Stephan Huber. Tip: Since the Main Tower is also open in the evenings, make the most of your visit and catch the Frankfurt sunset too. Stroll through the 21-hectare urban paradise that is Palmengarten (above, The Palm Garden). Opened since 1871, take a horticultural journey and explore over 6,000 botanical species at the largest botanical garden in Germany. The pièce de résistance here has to be the Tropicarium. The 18m-high angular glass facade was designed by architect Freidrich Kaysser, who was inspired by similar glass palaces in London and Paris during the 19th century.

This magnificent iron structure houses an ensemble of 14 greenhouses, each of which recreates climates from around the world, from arid deserts to tropical rainforests. You’ll also find recreational options, such as boating on the ponds, a children’s playground and picnic spots, which are great for keeping the whole family entertained.

Where to stay in Frankfurt 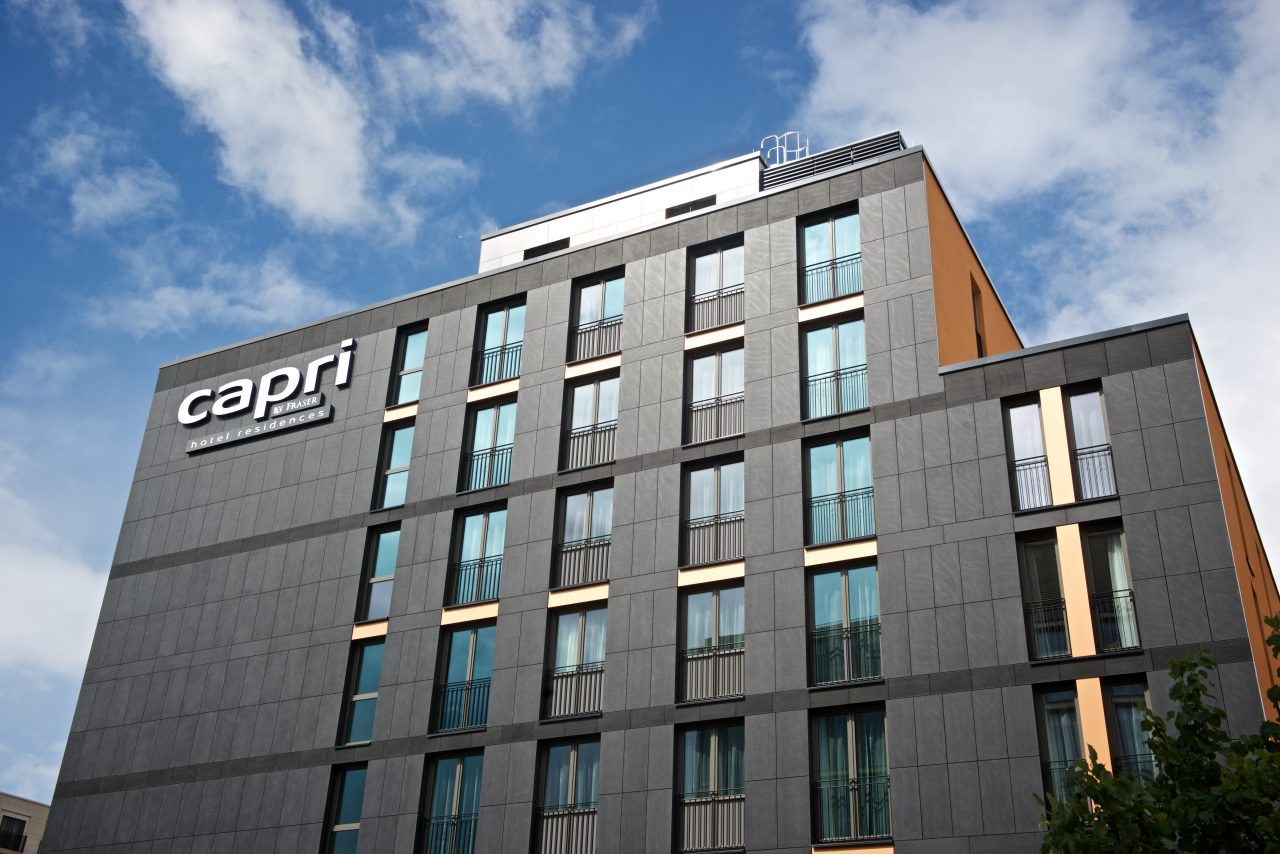 Continue to be inspired at Capri by Fraser, Frankfurt / Germany, a design-led boutique hotel residence with a twist. With its central CBD location and close proximity to the main shopping area of My Zeil and Goethe Street, you’ll be moments away from the major congress hall (KAP Europa) and Messe Frankfurt, Skyline Shopping Mall and many other businesses and transport links. Apart from its spacious and design-led rooms and apartments starting from 32sqm, this hotel residences also offers one of the fastest wireless internet service, which is complimentary to all guests.

Travelling beyond Frankfurt? Check out our guide on things to see in Berlin. Do let us know in the comments if you have more recommendations for Frankfurt too.

How to spend 24 hours on Berlin’s Museum Island 11 Must-Visit Markets In the World for Foodies