Capri by Fraser Goes Global With Launches in Europe 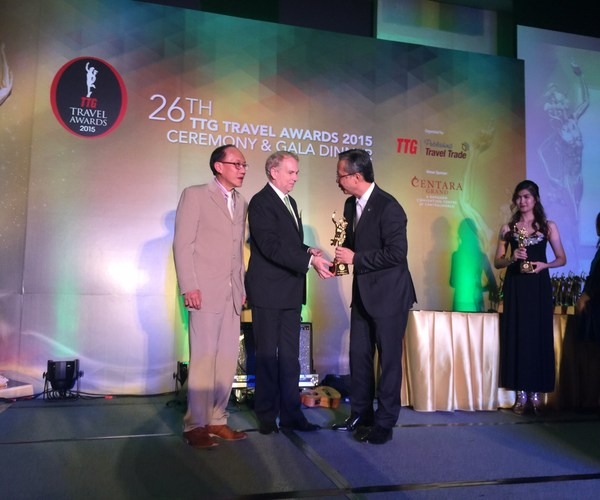 The new openings also mark Frasers Hospitality’s entry into Germany and Spain, which continue to be attractive destinations for business and leisure, ranking among the top five European countries that continue to attract foreign direct investment (FDI). Germany is among the top 10 worldwide destinations for tourism and culture and Spain saw a record of 65 million tourist arrivals in 2014.

The reception of the Capri by Fraser brand is attributed the uniqueness of its proposition as an urban-inspired, design-led hotel residence concept that provides guests the flexibility to choose how they want to rest, relax and recharge. Created in 2012 specifically to cater to the “always-on” lifestyle needs of e-generation travellers, the flagship Capri by Fraser, Changi City / Singapore has been enjoying steady occupancy of more than 85 percent and the recipient of several prestigious awards. This was followed by the opening of Capri by Fraser, Ho Chi Minh City / Vietnam in 2013, Capri by Fraser, Kuala Lumpur / Malaysia in 2014, and Capri by Fraser, Brisbane / Australia earlier this year.

Reflecting the global demand for Capri by Fraser, this Europe launch will be followed by the addition of another 10 Capri by Fraser properties in Asia Pacific over the next four years, which will bring the total number of Capri by Fraser hotel residences to 17 properties5 with more than 3,500 units, including those in the pipeline.

Mr Choe Peng Sum, Chief Executive Officer of Frasers Hospitality, said: “We are delighted with how our Capri by Fraser brand has taken off in Asia Pacific and now in Europe. A lot of effort was put into creating a product that appeals to Millennial travellers, who today represent 20% of international travellers and are expected to make 320 million international trips each year by 2020. It is specifically for this group of travel-savvy, Internet-dependent, spontaneous travellers who seek-out unconventional accommodation concepts that this tech-forward, e-efficient and intuitive brand was created, with a focus on providing more choice and enhancing work-life balance.”

“We see great growth potential for the Capri by Fraser brand in Europe, which is a highly mobile business environment, and believe it will continue to be a key contributor to our global expansion goal of 30,000 residence units by 2019.”

Catering to the “always-on” lifestyle needs of today’s e-generation travellers, Capri by Fraser bridges the gap between conventional hotels and serviced residences by offering a hybrid of hotel facilities together with the comfort and convenience of a full serviced residence.

Featuring fully equipped kitchenettes in every room, guests have the option of in-room cooking, room service or dining at Caprilicious, Delite or Drinx. Its signature Spin & Play integrated launderettes offer a variety of games such as Wii, Xbox Kinect, Foosball, iPads, punching bags, TRX suspension training and Ciclotte exercise machines to keep guests who choose to do their own laundry fully entertained between spin cycles. Public areas are designed as free-flowing social living spaces to provide the ‘third space’ as an option for guests to work, interact or chill out.

Created with tech-forward travellers in mind, a host of e-efficiencies including e-Concierge, e-Print facilities and fast and free wireless Internet is available to keep guests constantly connected throughout their stay. In line with its high-tech vibe, meeting and conference facilities are equipped with the latest audio-visual capabilities including interactive touch-screen panels and integrated whiteboard-projector features.

Each suite is equipped with luxury bath amenities, designer Kartell chairs, ergonomically designed Herman Miller chairs, an iPod docking station and the latest home entertainment systems to add to the pleasure of staying in.