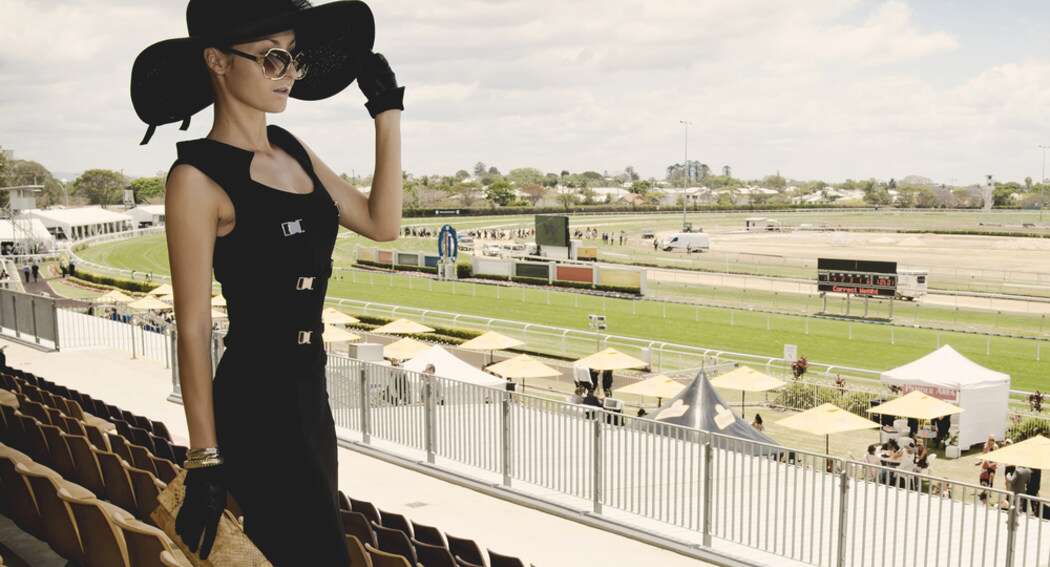 Everything you need to know about Kennedy Oaks Day 2019 As Australia's sporting and cultural capital, it's no surprise that Melbourne is routinely named amongst the world's most liveable cities. Each year, millions of domestic and international travellers arrive in their droves, seeking out the city's indulgent gastronomic scene, world-class galleries and historic landmarks. Whether your month-long stay is due to business or leisure, Melbourne CBD and its surrounding suburbs offer everything you might need, with the city's multicultural makeup ensuring there's something special just around the corner.

As Australia's second-largest city, Melbourne has all the perks that travellers have come to expect from a top cosmopolitan city. Likewise, Fraser Place Melbourne includes high-end features and amenities to make sure your stay in Melbourne is wonderful. Situated close to many of Melbourne's major attractions and surrounded by transport options, you'll be perfectly positioned to explore everything the city has to offer. A brief history of Melbourne

The history of Melbourne dates back millennia, with the region originally home to five different Aboriginal communities belonging to the Kulin Nation. Following colonisation in the 18th-century, Melbourne was founded along the Yarra River in 1835. Remaining a relatively underdeveloped settlement for several years, the commune experienced rapid growth in the lead up to the 1850s when Australia was gripped by the Gold Rush. Bringing about unseen wealth to the region, Melbourne was transformed as waves of migrants arrived seeking the riches on offer, culminating in Melbourne's status as the world's richest city in the 1880s.

Yet the good times didn't last forever, with World War I and the Great Depression bringing about a new challenge for the city in the 1930s. However, fortunes turned around in the mid 20th-century, with the city becoming a hotbed of business and development, as many of Australia's largest companies chose Melbourne over Sydney to base their headquarters. With each passing decade bringing in new communities of migrants, Melbourne's eclectic mix of different people and experiences makes it the special place it's regarded as today. Across its maze of laneways, parkland and historic landmarks, Melbourne has countless things to see and do. One of the city's headline destinations, Federation Square, is located right in the heart of the city opposite the equally impressive Flinders Street Station. Since the site's major redevelopment in 2002, Federation Square has provided the city with a distinctive meeting place, which regularly comes alive with cultural events throughout the year.

Surrounded by restaurants and food stands, visitors will often be able to see live performances and events, while there's also a big screen showing sporting and cultural events. Inside Federation Square's buildings, you'll find fascinating places such as the Ian Potter Museum and the Australian Centre for Moving Image – both excellent spots to roam for a couple of hours. Plus, if you head down the stairs to the nearby Yarra River, you'll come across a host of trendy open-air bars and shopping boutiques. Found at the northern edge of the city, Queen Victoria Market is certainly one of Melbourne's most enduring landmarks. Featuring a long and storied history dating back to 1878, the market is spread across two large city blocks, featuring a rich variety of stalls dedicated to everything from street food and chic fashion to fresh fruit and vegetables.

If you want to experience Melbourne and its culture, Queen Victoria Market provides incredible insight as the busiest days represent a chaotic clash of smells and sounds. Stock up on an eclectic range of cuisine or drop by for a coffee and doughnut, either way, it's an iconic Melbourne landmark.

With Melbourne having a stellar reputation as Australia's sporting capital, no trip to the city is complete without a visit to the Melbourne Cricket Ground (MCG). Affectionately known to locals as the 'G, the massive stadium is capable of seating over 100,000 patrons who get whipped up into a frenzy over Australian rules football in the winter or international cricket throughout the summer.

This lively sports and entertainment complex is surrounded by the lush Yarra Park, which is perfect for enjoying a packed lunch when the sun is shining. Meanwhile, the MCG is open every day, offering stadium tours where you'll be welcomed into the famous arena to learn about its incredible history and secrets. Located just a short trip on the tram from the CBD, St Kilda Beach is Melbourne's most popular sunbathing spot that's still easily within reach of the city. Featuring the classic colourful bathing boxes along the waterfront, whenever there's even a slightly warm day, you'll find groups of friends and families soaking up the sun. St Kilda Beach is also surrounded by many of Melbourne's best-known landmarks, with the iconic facade of Luna Park found just a short walk away.

The St Kilda Promenade showcases some of the city's most acclaimed restaurants and cafes, with many offering stellar bay views. If you're looking to party, the hotspots of Acland and Carlisle Streets host an array of nightclubs and live music venues, keeping St Kilda rocking into the early hours with late-night revellers.

The best day trips from Melbourne

Melbourne certainly has an outstanding collection of activities and landmarks to enjoy. But if you're willing to travel a little bit further, there's even more fun to be had. One of the most scenic places to explore is Phillip Island, located just a two-hour drive from the city. Famous for its nightly parade of adorable penguins, there's also a series of other celebrated wildlife sanctuaries positioned alongside great dining and adventure opportunities. Capture panoramic ocean views from the Pinnacle Lookout on Woolamai Beach before heading to the main town of Cowes, where you'll find fashionable shops and a selection of cafes serving locally grown cuisine. Set just an hour's drive from Melbourne, the Yarra Valley and its glamorous rolling hills are home to a vibrant mix of hiking tracks, farmland and restaurants. The region is also one of Australia's most renowned wine regions, with vino such as Chardonnay and Pinot Noir making up as much as 60% of total production. Across a variety of historic and contemporary cellar doors, if you consider yourself something of a wine connoisseur, the Yarra Valley is certain to impress.

Outside of great wine, the region also offers visitors some stunning natural landmarks to explore. The Healesville Sanctuary is one such example, featuring native Australian wildlife including Tasmanian devils, dingoes, koalas and kangaroos. Heading further northeast, you'll come across the charming community of Marysville, which is where you'll discover many of the state's most beautiful waterfalls and parkland. For another city escape, the Mornington Peninsula is also set approximately one hour's drive from Melbourne. If you love scenic landscapes that are also set by the water, this is the perfect place. Like the Yarra Valley, the Mornington Peninsula is celebrated for its wine production. Featuring more than 50 cellar doors, many offer esteemed regional specialities paired with delicious local cuisine.

If you'd prefer to skip the wine, you can head straight to the shores of Port Phillip Bay. The wide beaches of Frankston present great swimming, snorkelling and sailing opportunities, while the beaches found between Mount Eliza and Mornington are ideal for sunbathing. For some of the region's top sandy beaches, Mount Martha's pristine offering is surrounded by serene coastal trails showcasing spectacular bay views. One special highlight is the Fort Nepean Walk within the Mornington Peninsula National Park, which leads you to a 19th-century military fortification and some unbeatable seascapes.

For the ultimate place to rest and recuperate, the Peninsula Hot Springs should be at the top of your list. The numerous pools and baths are naturally warmed by hot thermal water flowing underground, making it a great place to visit during the chilly winter. However, there are plenty of cooler spots to enjoy – including an ice cave – if you visit during the summer months. Across a series of private and public facilities, these extraordinary hot springs look out across the scenic landscape as you experience total refreshment within touching distance of the city. One of the best aspects of living in Melbourne is access to public transport. Purchase and top-up your myki transport card and you're ready to ride the sprawling network of trains, trams and buses, which travel from the centre of town to the outer reaches of Melbourne. You can top-up your myki card at more than 800 retailers, ranging from 7-Eleven convenience stores to transport hubs. You can also top-up online, ensuring the city's public transport network is the best way to move around the city during your stay.

Once you arrive in Melbourne, you'll likely be struck by the common appearance of trams hurtling through the city streets and into the suburbs. That's because it's the largest urban tram network anywhere in the world, featuring 1763 stops across 24 routes. That translates to an incredible 250 kilometres of track waiting to carry you to your destination. If you're primarily staying within Melbourne CBD, you'll also be happy to know that there's a Free Tram Zone, making it easy to scoot across town without needing to pay a cent.

Running alongside the massive tram network is an equally impressive series of train lines. Travelling from virtually every edge of Melbourne into the hub of Flinders Street Station, riding the trains is the quickest way to get around. The underground subway system in the CBD – called the City Loop – provides access to five of Melbourne's busiest stations, meaning you won't have an issue crossing town for work. And if you're heading out of Melbourne, Southern Cross train station is where regional and interstate services depart from.

Your myki should be valid for most journeys, but some destinations may require an additional ticket. Don't forget, once you depart the city for good, you can donate your myki card to charity and help someone in need get a cheaper ride. If there's one thing that Melburnians love to talk about, it's the weather. That's because it's famously unpredictable, with rain, hail and sunshine not infrequently appearing on the same day. However, that shouldn't stop you from checking into Melbourne for a long-term stay, as temperatures stay relatively mild outside of peak summer or winter.

For the best conditions, the shoulder seasons of March to May and September to November ensure a comfortable visit, with temperatures staying around 25°C. Plus, there's the added benefit of fewer tourists, who tend to come during summertime when temperatures can easily surpass 40°C.

If you arrive in Melbourne during the winter, be prepared to pack a jacket. But you can still make the most of your visit, with a plethora of galleries, museums and dining experiences keeping visitors sheltered from the occasionally blustery conditions. Set in the centre of Melbourne CBD at 19 Exploration Lane, Fraser Place Melbourne's outstanding location places you within the immediate vicinity of many of the city's must-visit landmarks. Whether you're looking to immerse yourself within Melbourne's acclaimed gastronomic scene or just want to see the sights, much of Melbourne's best is on your doorstep.

You'll be just a short walk away from the likes of Parliament House, Federation Square and Melbourne Museum, while the bustling restaurants of Chinatown are also nearby. There are many more options found within Melbourne's hidden laneways, where you'll uncover a wide range of chic restaurants and cocktail bars that cater to every taste and budget. If you're looking to head out of the city for a change of pace, Melbourne's handy network of trains and trams is just around the corner.

Find out more information and book by emailing reservations.melbourne@frasershospitality.com or calling + 61 3 9669 6888.