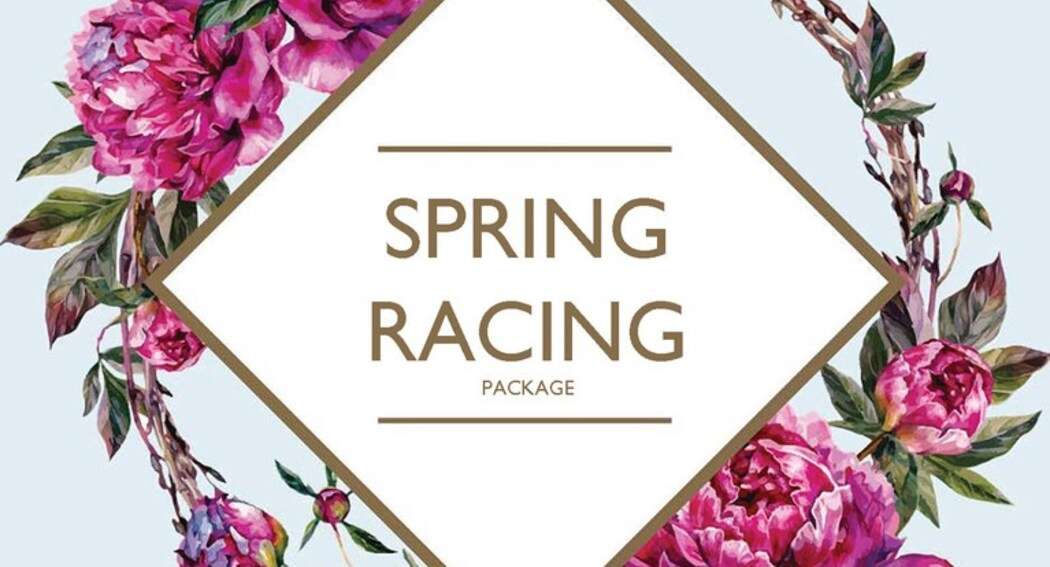 Melbourne’s nightlife is like no other place in Australia. Its unbeatable food scene, incredible coffee culture and never-ending roster of entertainment are just some of the reasons it was crowned the world’s most livable city seven times in a row. However, the bustling metropolis' biggest draw is undoubtedly its famous cobbled laneways and alleys. From lesser known spots like Celestial Avenue to the much-photographed Centre Place and the culinary hotspot of Hardware Lane, these narrow, graffiti-laden nooks are filled to the brim with all sorts of hidden gems just waiting to be discovered.

It was a small piece of legislative law passed in 1994 that made Melbourne’s laneways and alleys into what they are today. The measure stated that bars could henceforth operate without food and the city’s bar owners, still smarting from Australia’s version of the prohibition era, jumped at the chance to set up speakeasy style establishments on every low-lit corner they could find. It’s a tradition that Melbourne has continued to this day – the joy of knocking on a dingy unmarked door and finding a plush cocktail joint or an Alice in Wonderland themed fantasy land never dimming.

Of course, like most secret bars, in the great irony of the name, everyone knows about them. But that’s just part of the fun. So, whether you’d prefer to navigate your way past a few bins to reach a three-storey mad scientist’s alcohol laboratory, or are more interested in using your wits to find the bars hidden behind bookcases and fridge doors, we’ve put together a list of the ten best speakeasies Melbourne has to offer. Because a little urban Indiana Jones-like bar hunting never hurt anyone – just avoid the snake pits.

If you’re after a little adventure then you’re going to love the Croft Institute because simply reaching the bar is a treasure-hunting task in and of itself. The short of it is that you’ll find the bar at the very end of Croft Alley in Chinatown; but in reality you’ll need to pick your way past a few unpleasant smells, several bins and, as a little bonus, some of the best street art murals in Melbourne before you actually arrive at your destination. Spanning three floors, the interior of the bar is an ode to all the things you’d expect to find in the laboratory of a mad scientist. The first level feels like an off-kilter high school classroom from a parallel universe, in which colourful drinks are served in glass beakers, shots come in harmless faux syringes and little gas taps are hooked up to Bunsen burners. Upstairs the toilets come complete with flickering lights and hospital gurneys – just in case you feel the need to have a nap in what amounts to the setting of a horror flick – and the top floor is styled like an American gymnasium, bleachers and all.

Hihou means ‘secret treasure’ in Japanese and this hard-to-find bar takes its namesake very seriously. Set on the corner of Spring Street and Flinders Lane, you’ll need to ring the doorbell of an unmarked door to gain entrance. However, once you’re inside you won’t be disappointed. Dark and light wooden accents are set against stark concrete and black marble decor to create a dark industrial-style setting that’s immediately intriguing – although those seeking the comforts of home are encouraged to remove their shoes and recline on a large ottoman while perusing the menu. After you’re settled, let the drinks list take you on a tour through Japan’s best flavours, with highlights including umeshu (plum wine), several variations of sake, yuzu and hot shochu (a grain-based liquor). If you’re feeling a bit peckish the food is also worth a try, with everything from delicate king fish ceviche to bite-sized seaweed spring rolls on offer.

You might be wondering why we’d suggest you head to a sandwich shop on Chapel Street, but this fast food spot is housing one of Melbourne’s worst-kept secrets. Open up the refrigerator door to the right of the food counter and you’ll find yourself in a cosy, dimly-lit paradise of hanging plants, plush leather couches, faux zebra rugs and mounted plastic animal heads. Inspired by the dive bars and speakeasies of New York, the owners have created a tropical-themed hideaway that’ll speak to your inner Instagram fiend. If it’s cold out you can sit back and relax amongst the ferns or, if you’ve come during summer, kick back on the outdoor terrace; either way, turn things up a notch with one of the bar’s signature tiki drinks and prepare yourself for a great night.

Tucked beyond a neon-lit sign on Little Collins Street, Glamp is an impressive feat of Africa-inspired glory. If you’ve ever eaten at the not-so-secret restaurant downstairs (which we highly recommend), you’ll note that the decor packs a lot more punch than Polēpolē’s comparatively demur fit- out. Think a life-sized rhinoceros named Heavyweight greeting you at the entrance, an incredible indoor safari tent with a bounty of cushions and curtains, lots of hanging baskets and lanterns and, the pièce de résistance, an intensely bright floor rug that wouldn’t look out of place in whatever afterlife mansion Prince is relaxing in. The best part? While you’re sipping fantastically named cocktails like the tequila-based Serengeti Surprise or rum-filled Rafiki In Need, you can also be sure that your money isn’t just going towards good food and tasty booze. Glamp regularly contributes to not-for-profits like YGAP and Women for Women in Africa. Plus, remember that giant rhino you meet at the front? He was purchased from Taronga Zoo to help fund increased conservation efforts.

If you’ve ever wanted to live out your own personal Lion, the Witch and the Wardrobe fantasies then the Understudy is the secret bar you’ve been looking for – although stepping through the golden wardrobe below 1806 will land you in a kooky dreamland that reads a little more like Alice in Wonderland than the Chronicles of Narnia. Stools and booths are haphazardly placed around the room, pink and green neon lights add pops of colour, and all the while the Cheshire Cat grins down at you. The cocktail list changes fortnightly to ensure that even if you’re a regular visitor the bar will continue to surprise and delight. However, the Mad as a March Hare, a sweet vodka concoction based off of the Mad Hatter's tea party and served with a whisky-infused mini banoffee pie, is a recurring favourite. Or, if you’d rather leave it up to the experts, you can also indulge in a five-course, food optional cocktail degustation that’ll have you believing in at least six impossible things before breakfast.

Delicious dumplings and decadent cocktails are two of the best things in life and you can have them both at East India Trading Company’s hidden basement bar, the Golden Monkey. Follow the path of infinite divinity, down the staircase of hanging suns, through the valley of crimson velvet, into the heart of the Golden Monkey – that’s what the slightly sinister bar’s website instructs you to do when you arrive and those that obey won’t be disappointed. Founded by longtime friends Michael Chen and Adam Ong, the venue’s nostalgic theme holds nothing back in its effort to evoke a hedonistic 1920s Shanghai nightspot. Cast with blood-red light, the intimate space is the perfect place to bring out-of-town friends or a date you want to impress. The tongue-in-cheek drinks list serves up cocktails separated into three sections – see no evil, hear no evil, speak no evil – and signature handmade steamed dumplings and fluffy traditional Chinese bao are available all night long.

Behind a heavy black door on the second floor of 16 Corrs Lane, Melbourne there’s a quirky bar that promises to take you back in time. Berlin is a heady combination of shiny indulgence and wartime scarcity that is separated by, you guessed it, a wall. West Berlin will be your first stop of the night, featuring lush creature comforts like modern cocktails, an abundance of plush seating and table service. East Berlin is styled more like a bunker, complete with brick walls and Dictator Joseph Stalin’s unsmiling face judging you from across the room. Don’t forget to bring your passport if you decide to cross the border, novelty Stasi jail isn’t as horrible as its namesake but it’s not as fun as you might hope it would be.

If you’re a fan of a good slice you’ve probably already heard of Pizza Pizza Pizza, but what you might not know is that one of Melbourne’s best pie-slingers has a cheeky secret. Breeze past the loud and wonderfully 70’s-inspired decor to a glossy black curtain at the back of the room and you’ll find yourself being led into a moody, unnamed retro bar. Inside, the low slung red booths call out for patrons to make themselves comfortable while enjoying one of the many classic cocktails being served at this sitting-room-only bar that remains surprisingly confidential despite its good reputation among those in the know.

Above Board is not an easy bar to find and that’s just how its regular customers like it. Nestled along Collingwood’s lively Smith Street, you’ll first need to enter BeerMash Cellars before heading straight for an unremarkable door at the back of the shop. Next, do a U-turn, make your way upstairs and voilà, you’ve found it. Alternatively, if you feel like participating in the city slickers version of a bush bash you can also hurdle over a few bins and enter the bar through a tiny laneway at the rear. The space is nothing brash but it doesn’t need to be. Behind the 12-seat island counter, award-winning bartender Hayden Lambert shows off his outstanding drink-making skills with a selection of carefully curated classic and signature cocktails that he won’t deviate from. It’s the type of rare one-man bartender performance that actually lives up to the hype.

As one of the original hidden bars of Melbourne’s ever-growing speakeasy scene, Eau de Vie may no longer be a secret but it’s still one of the best cocktail joints the city has to offer. Set behind an unassuming door along Malthouse Lane, the prohibition-style powerhouse has been slinging phenomenally good whiskeys from all around the world since they first opened. Flaming spirits and wood-smoked Rob Roy’s are standouts on the extensive cocktail list and the food, which is as far from the simple bar snack fare that a venue with a tiny kitchen can get, is delicious. If you’re not already impressed you’ll also be happy to discover that in a little game of secret drinking hole inception there’s another concealed bar within Eau de Vie’s walls. Tucked behind a well-placed bookcase there’s a whole other bar known as the Whiskey Room. Home to hundreds of bottles, it’s the kind of spot you return to – it even has personal lockers where you can save and stash your favourite spirits to enjoy during your next visit.