What to do at the Australian Open 2020: Your tournament guide 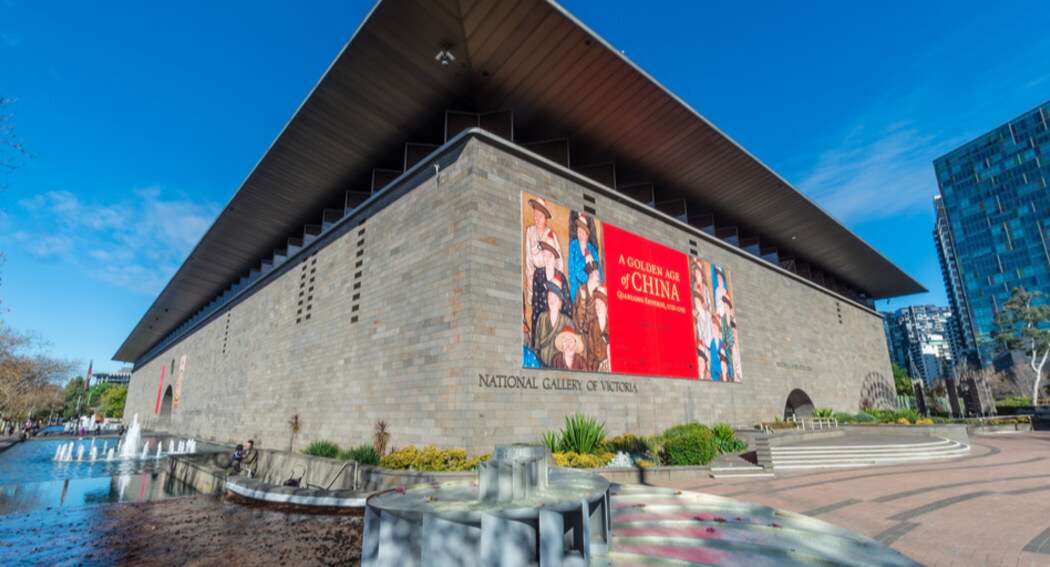 What to do at the Australian Open 2020: Your tournament guide

It’s fair to say we have our eye on an absurd number of unmissable sporting events in the upcoming summer of sport, but it’s hard to look past the iconic Australian Open as a major highlight. From January 20 to February 2, the world’s best players will hit the sun-soaked courts at Melbourne Park to battle for supremacy in the first Grand Slam of the year. Millions of dollars, thousands of ATP and WTA ranking points and lucrative sponsorship opportunities are up for grabs, so you can bet your house on the tournament being a thrilling one.

But the Australian Open 2020 will not just be a sporting event: Tennis Australia’s focus is on creating an entire entertainment experience filled with attractions for patrons of all ages, and they’ve done just that. If you’ve ever been to the Open before, you’ll already know that witnessing some world-class tennis is just the beginning.

Experience the atmosphere with a Ground Pass

Before you buy your Australian Open tickets, it’s important to understand the differences between the options available. Your two main choices are between a Ground Pass and a Stadium Ticket. The Ground Pass gives you access to all the outdoor courts and Melbourne Arena, while separate Stadium Tickets will upgrade your access to include Margaret Court Arena or Rod Laver Arena. Before you buy your tickets, don’t be fooled into thinking the Ground Pass is simply a downgrade of a Stadium Ticket. In truth, it’s a different experience that everyone should enjoy at least once.

With a Ground Pass, you gain access to numerous matches at once, allowing you to pick and choose between a number of outdoor courts as you please. While you’re unlikely to see the likes of Roger Federer, Ashleigh Barty, Rafael Nadal or Serena Williams, you’ll have plenty of opportunities to see other highly seeded players strut their stuff in the early rounds of the tournament. The show courts have an electric atmosphere with enough seats to hold a few thousand people, while the smaller courts are a great opportunity to get up close and personal with young up-and-comers. The weather is typically sunny and the precinct is full of  street food, bars, fan zones, shops, live music, entertainment and the AO Ballpark mini theme park, so you’ll be spoilt for ways to fill time between matches.

Treat yourself to a Stadium Ticket

Once you’ve soaked up the sun and spirit of the outdoor courts, it’s time to see the cream of the crop at Melbourne Park’s two main arenas: Rod Laver Arena and Margaret Court Arena. The former is the larger of the two and typically hosts the top seeded players along with the finals. While smaller, Margaret Court holds its fair share of matches between the world’s top players, and the smaller size means tickets are always in high demand. Each stadium requires a separate ticket and runs two sessions per day – a daytime session from 11am and an evening session from 7pm. It’s worth noting a Stadium Ticket also gives you access to the outdoor areas that you can see with a Ground Pass, but you’re likely to spend most of your time inside the arena watching the world’s best. The draw isn’t released until shortly before the tournament begins and the exact schedule for each day is only made available online the night before, so it’s tricky to buy tickets to see specific players in action. Nevertheless, you can be certain the most highly anticipated matches will be held at Rod Laver Arena and Margaret Court Arena. The timing frequently changes on the fly for various reasons, but with a Stadium Ticket you’ll usually catch three matches in a day session and two in the evening. Premium hospitality packages are also on offer with limited availability.

A highlight in previous years, Kids Tennis Day is returning to the Australian Open in 2020 and is a must for those looking for some family friendly fun. The event is held on Saturday January 18, two days before the start of play, with activities running from 8:30am until 4:00pm. Kids will have the chance to try ANZ Tennis Hot Shotz, a program designed to get young players involved in tennis by using smaller courts, racquets and nets along with low compression balls. Performances from Looney Tunes, the Octonauts and more will grace the Garden Square stage while the AO Ballpark has everything from a zipline to a giant trampoline. You’ll also get the chance to see the players practising for the tournament inside Rod Laver Arena and at the Player Practice Village near Richmond Station. Tickets are just $5 for kids and $10 for adults, so it’s a budget-friendly way to start your Australian Open 2020 experience.

Sit back and relax at Grand Slam Oval

No visit to Melbourne Park is complete without some time spent kicking back at Grand Slam Oval. This sprawling expanse is open to all ticket holders and features an array of bars, street food, sit-down dining and a field of deck chairs set up in front of a big screen showing matches from inside Rod Laver Arena and Margaret Court Arena. Grand Slam Oval is the epitome of the Australian Open experience: hot sun, good grub, an electric atmosphere and world-class tennis. Rock out at the AO Live Stage

The Australian Open is as much of a giant music festival as it is a tennis tournament. From day dot to the final serve, competition organisers are putting on two weeks of sensational live music from local and international acts to keep the crowds humming. At the time of writing, Tennis Australia is tight-lipped about the full lineup that will be hitting the stage in 2020. However, they have teased us with one headliner: British icon Billy Idol. With such a massive act already locked in and a history of top-tier artists, the Open is sure to be taking it to a new level in 2020. The live stage is usually set up at Birrarung Marr – just outside the ticketed areas – where the public can watch the tennis for free on giant screens erected in front of the grassy slopes.

Tucked between Russell and Exhibition St on a charming laneway in Melbourne CBD, Fraser Place offers serviced apartment accommodation near Melbourne Park with a rooftop terrace, buffet breakfast, in-house gym and paperless check-in systems. Our suites feature modern interior design for form and function plus all the amenities and conveniences you need to make your stay as comfortable as possible. Browse our accommodation online and don’t hesitate to get in touch if you have any enquiries.