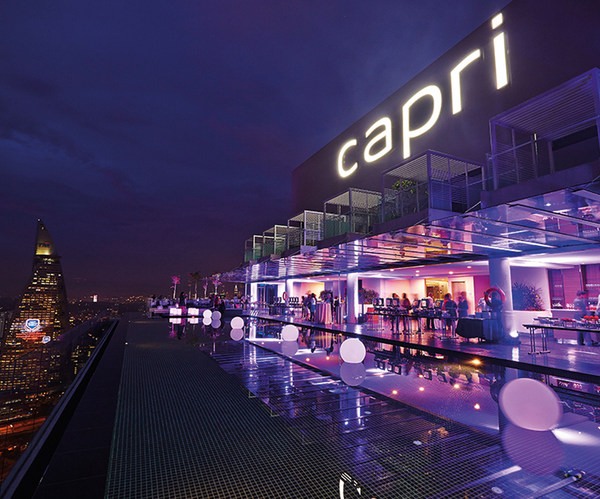 “It has been a challenging 16 years, with recession in 1998, the 9/11 crisis in 2001, SARS in 2003, and the Global Financial Crisis sparked off by the US subprime crisis and collapse of financial institution Lehman Brothers in 2008,” said Mr Choe. “But through it all, Frasers Hospitality grew at a compounded annual growth rate of 22%!”
Frasers Hospitality has three brands of gold-standard serviced residences – Fraser Suites, Fraser Place and Fraser Residence – as well as Modena by Fraser, targeted at the road warrior; and Capri by Fraser, a design-led hotel residence aimed at the e-generation. With the wide product offering and lifestyle choice, Frasers Hospitality has seen unbroken growth in its 16-year history and is well positioned to meet its goal to double in the next five years.

Besides the strong brand offerings, the recovering economy in the European Union will provide a good source of growth. “Property prices are recovering and we have made some favourable investments there.” There is also strong demand for extended stay and very limited supply. Even in London, serviced residences make up only 6% of the total accommodation supply which is even less than Singapore where serviced residences account for about 10% of supply. As a result, “serviced apartments in London tend to post an average weekly rate of about £900 to £1000 with occupancy usually at around 85%”, said a study by Colliers International. The study, entitled Focus on the London Serviced Apartment Sector said: “According to The Apartment Service Worldwide, the market is still considered undersupplied with London having just 1.2 apartments per 1000 business visitors compared to New York (5.2), Hong Kong (5.3), Sydney (2.6) and Singapore (1.8).”

EMEA – or Europe Middle East Africa – will see faster growth and while it makes up 18% of Frasers Hospitality’s inventory, this will rise to 21% by 2019.

With consistent economic growth forecast for the near time, conditions are ripe for the ambitious doubling of Frasers Hospitality over the next five years. The International Monetary Fund’s World Economic Outlook released in Jan 2014 forecasts growth in the US economy of 2.8% in 2014 and 3.0% in 2015. “The Euro area is turning the corner from recession to recovery. Growth is projected to strengthen to 1% in 2014 and 1.4% in 2015,” it said. On China, the report said: “Growth in China rebounded strongly in the second half of 2013, due largely to an acceleration in investment. This surge is expected to be temporary, in part because of policy measures aimed at slowing credit growth and raising the cost of capital. Growth is thus expected to moderate slightly to around 7.5% in 2014–15.”

“The toughest of these times was probably the global recession. We had started to expand in China and then the recession hit. We did a careful study and figured that the Chinese economy would grow even in those times, so we continued with our expansion unabated, and it has paid off,” said Mr Choe.