#Frasercares - covid - 19
Your session has time out. You have been logged out due to inactivity. To continue, please sign in again.
member sign up | sign in
| LOGOUT
Now Reading:
17 things you can only do in Melbourne 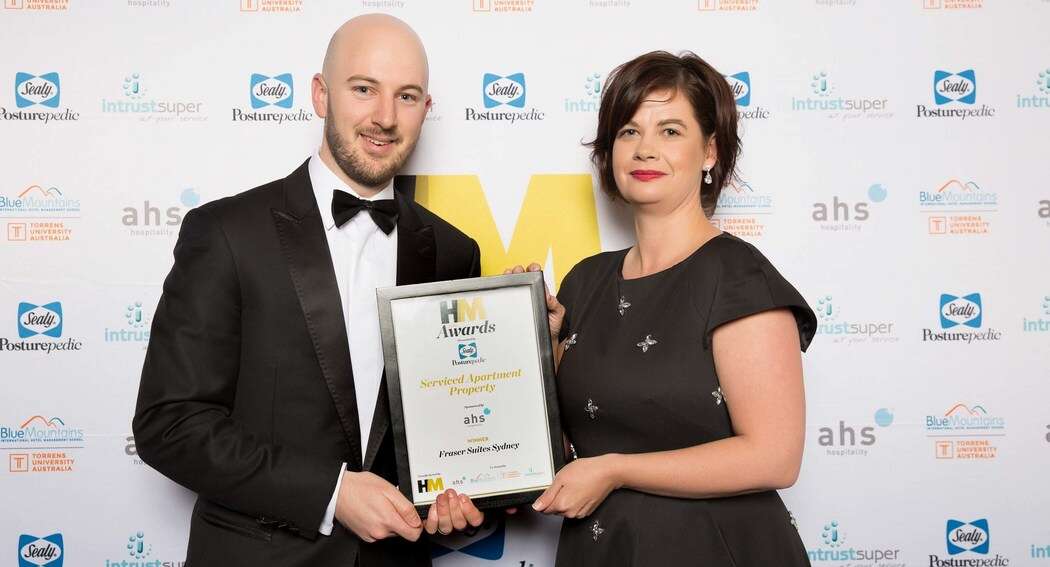 We're living in a surreal time in Melbourne right now. While going out in Melbourne is currently on pause, we can still reminisce about some of our city's best traits and make plans to visit them again soon.

Many know Melbourne for the laneways and art galleries. Our affinity for coffee and incredible food also knows no bounds. But to really experience the best of Melbourne, we’d suggest hitting up some of the more unusual sites on this list.

While we do our part to flatten the curve, we've put together a list of things we're infinitely excited to experience again when it's safe to do so. Stay strong, Melbourne.

RECOMMENDED: Here's what you can and can't do in Victoria right now

Things you can only do in Melbourne

Things to do Carlton

The Royal Exhibition Building was the first building in the country to be awarded UNESCO World Heritage status (take that, Sydney Opera House). Designed by architect Joseph Reed (who also did the Melbourne Town Hall and the State Library of Victoria) and completed in 1880, the REB is one of Australia’s most impressive architectural beauties. It’s one of the oldest remaining exhibition pavilions and was built to host the first official World’s Fair in the Southern Hemisphere. These days you can admire the ornate décor of the Great Hall during select events throughout the year, including the Melbourne International Flower and Garden Show and the Dog Lovers Show.

Did you know St Kilda beach is home to a healthy-sized colony of fairy penguins? Yep, you can find wee flippered friends just six kilometres outside the CBD. The St Kilda colony live in the breakwater – the rocky outcrop at the end of the pier, past the kiosk. Standing on the boardwalk will give you the best view, and definitely don’t go on the rocks, as it scares the penguins nesting beneath them. Photos are permitted (no flash), and visitors are asked to obey the instructions of the volunteer penguin guides. St Kilda is even getting an upgrade to better protect and view the penguins.

If you’re embarrassingly good at putting Vegemite on toast but getting bored of the usual ritual, there is a dish at Sunda that will let you indulge in (and deepen your staunch love for) Vegemite. This modern South East Asian restaurant incorporates cult ingredients such as Vegemite and Laughing Cow Cheese alongside natives such as finger lime, bush tomato, Geraldton wax and lemon myrtle. This particular cult dish lets Australia's most loved and misunderstood spread bring a strong umami base note to a buttery soft handmade roti. Although the Vegemite curry roti is an off-menu dish, it’s exceedingly popular – it even scored an award at our 2019 Time Out Food Awards.

4. Visit a pink lake near the CBD

Located less than a 15-minute drive away from the CBD, the lake at Westgate Park has been known to turn pink in late summer. It’s been doing so every year since the summer of 2012/13, when a combination of hot temperature, algae, lack of rainfall and excessive sunlight came together like a perfect pink witch’s brew. If you’ve seen photos of the pink lake online, it can seem surreal, almost as if someone poured dye into the lake. We can assure you that’s not the case – and you definitely have to see it to believe it.

5. Nibble on hot jam doughnuts from a 70-year-old van

If you’re at Queen Victoria Market for a whole day, the menu of the day may look like this: 1) starter doughnuts, 2) main course doughnuts, 3) dessert doughnuts... because what’s a trip to Queen Vic Market without a stop at the always-heaving American Doughnut Kitchen van? A huge mistake, obviously. Here you can score a bag of five delicious, hot-from-the-fryer jam doughnuts for $6.50. These doughies should be in a museum: they’ve got just the right amount of oily crunch, the dough is stuffed with a sticky and sweet red dollop of raspberry plum jam, and they’re covered quite liberally with sugar. You’ll be licking the stuff off your fingers for hours, but it’s so worth it.

6. Pay a visit to Ramsay Street and the set of Neighbours

Aussie soap Neighbours has been running for more than 30 years now, and in that time it’s well and truly made its way into the hearts of Australians (and a few million Brits). If you’re a fan of the show, the Official Neighbours Tour will satisfy all your Ramsay Street cravings. The tour takes you to suburban Melbourne, where you’ll walk on the exterior sets of the Neighbours studio, hear tales from the Neighbours set (no spoilers, sadly) and then hop over to Ramsay Street to take photos in front of the famous houses. You’ll meet with a Neighbours actor, either past or present, during your tour, and there’s probably a 90 per cent chance you’ll bump into Dr Karl Kennedy (AKA actor Alan Fletcher).

7. Have a burger in a graffiti-covered train plonked on a rooftop

Just when you thought Melbourne couldn’t get any more bonkers, it decided to put a bunch of Hitachi trains on top of a Collingwood office block. Easey's is best known for insane burgers and fried snacks that'll make your arteries threaten to give way, but there's a decent craft brew line-up on tap and the sweeping views of Collingwood aren’t so bad either. Just come early to score a seat on the trains.

8. See a match at the home of Australian Rules footy

The Melbourne Cricket Ground (aka the MCG or just the ‘G) is truly one of the world’s greatest sporting venues. It was built back in 1853 and has been a juggernaut ever since – the first-ever cricket Test match was played here in 1877, the 1956 Olympic Games were staged here and, on the last Saturday in September every year, the biggest show in Australian sport, the AFL Grand Final, pack the ‘G to the rafters with 100,000 screaming sporting fans. Currently, four AFL teams play regular home matches at the MCG – Melbourne, Richmond, Collingwood and Hawthorn – so it’s the best spot to see Melbourne’s favourite sport in action.

9. Do a hook turn beside a tram

Hook turns aren’t unique to Melbourne (they’re actually called perimeter-style turns in Canada) but doing them beside loud, aggressive trams is. For the uninitiated, a hook turn is when a car performs a right turn by lining up on the left. It’s a manoeuver that cyclists use all over the world. The reason Melbourne cars need to perform these turns is because of the trams. Cars don’t bank up over the tramlines to turn right, meaning other cars, bikes and trams can continue to move straight. There is also definitely some satisfaction in completing a successful hook turn as you wait for the lights on the opposite side of the road to turn green. Good luck nailing it!

11. Have a drink at the Southern Hemisphere’s longest bar

In the summertime when the weather is fine we all drink at Arbory, the massive outdoor eatery and beer garden sandwiched between two Melbourne icons (the Yarra River and Flinders Street Station). The bar stretches for 120 metres along the river bank and is officially Melbourne’s longest bar. You can get Espresso Martinis and Aperol Spritzes on tap for quick-fire service so you can spend more time kicking back and less time queueing.

Things to do Fairs and festivals

Every year, thousands head to Melbourne Park to watch the superstars of tennis battle it out in the fierce summer heat. Despite the heatwaves, the Australian Open continues to attract the world’s best tennis players and their fans for the southern hemisphere’s only Grand Slam tournament. It's actually the highest attended Grand Slam event, with more than 780,000 people going to the 2019 event. This makes it the world’s biggest January event, too, and you can score tickets for only $49 – what a steal!

Melbourne’s Chinatown district is located in Little Bourke and Lonsdale streets and fun fact, is also the longest continuous Chinese settlement in the world. This skinny street is lined with restaurants, bars and duty-free stores and is constantly full of people wandering up and down. Do as Melburnians do and hunker down for some dumplings, yum cha and more Chinese staples.

14. Have a drink at a bar under a bridge

Melbourne is known for repurposing unused spaces into houses, retail outlets, cafés and bars, so it seems an underbridge space is not exempt from that. We’re talking about Ponyfish Island, the bar under the Melbourne bridge. If you’ve ever walked over the Southbank footbridge that runs from Flinders Street Station to the arts and entertainment precinct of Southbank, you’ll notice something happening underfoot. Go down the stairs to find cold brews and cocktails, as well as toasted sandwiches, nachos and tasty share plates.

The Great Scenic Railway at Luna Park has been operating since the amusement park opened way back in 1912. The 967-metre long wooden track takes riders on a journey of dips and turns around the exterior of the amusement park, all the while providing some killer scenic views of Port Phillip Bay. The ride itself is heritage listed and still manages to provide some thrills as it reaches speeds of up to 60km per hour.

16. Wear your whole wardrobe in one day

Cool changes aren’t unique to Melbourne, but the speed at which Melbourne weather changes probably is. It can drop from a balmy 27 degrees to a freezing 16 degrees at the drop of a hat, and often without warning. Pro tip is to always be prepared – bring a raincoat, jumper, boots and umbrella, but also remember to layer so you can drop down to your singlet if need be.