#Frasercares - covid - 19
Your session has time out. You have been logged out due to inactivity. To continue, please sign in again.
member sign up | sign in
| LOGOUT
Now Reading:
Rock out with Kiss at Rod Laver Arena this November 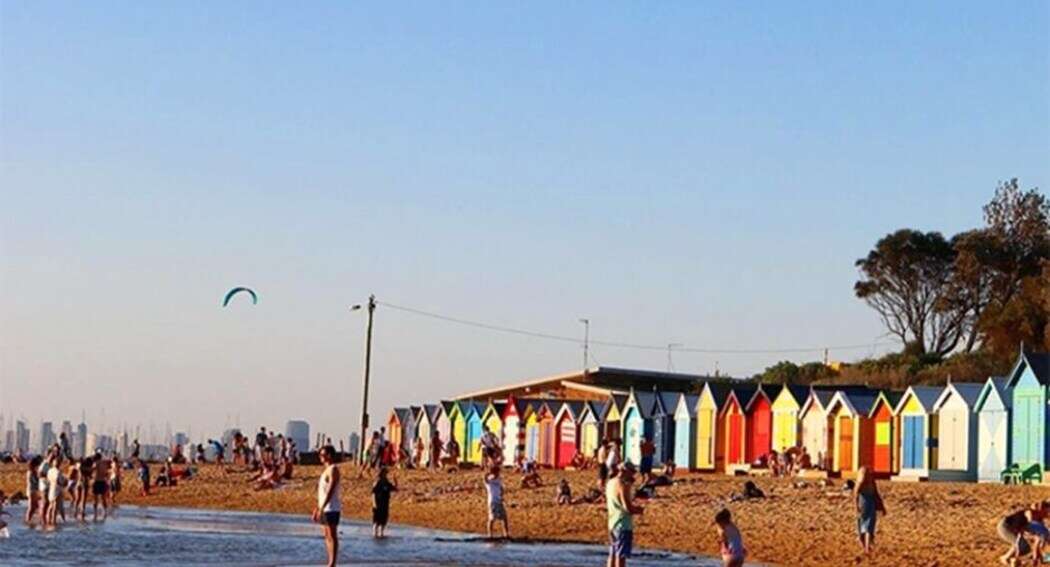 12 most instagrammable spots in Melbourne

More than four decades after making their mark on rock music forever, Kiss is finally calling it quits. But not before making their way to Australia to give their legions of fans Down Under a chance to give the band one last hurrah. The final concert tour is appropriately named the End of the Road, with the send-off spree hitting just about every major capital across North and South America, Europe and Oceania. The world-tour arrives in Melbourne for two incredible shows on November 21 and 22, with what's bound to be a spectacular way for fans to say goodbye to one of the greatest rock bands of all time. With one of the most storied careers in all of music, it's an experience that any genuine rock music fan can't miss.

Recognised around the globe for colossal live performances, Kiss' concerts not only feature screaming guitars and drums, but also an enormous array of pyrotechnics and visuals that drive fans mad. Having enjoyed a nearly unmatched career across four decades, Kiss has released almost 40 albums, selling more than 100 million records worldwide before finally being inducted into the Rock & Roll Hall of Fame in 2014. Founded in 1973 by Paul Stanley, Gene Simmons, Peter Criss and Ace Frehley, the End of the Road tour features frontman Simmons alongside Stanley, plus long-time Kiss members Tommy Thayer and Eric Singer.

As Kiss embarks on their final shows, the band hasn't given up their trademark makeup that sees the band members take on the characters of Demon, Starchild, Spaceman and Catman. For the world tour, the band are making sure they go out with an extra loud bang, as they've produced a series of previously unseen on-stage theatrics and visuals. Plus, each of the band members will have a brand new costume that's been specially designed for the final tour, combining Kiss' iconic leather flair with striking nine-inch platform boots.

While these eccentricities only add to the show, what fans are really at the concert to see is the likes of Simmons and Stanley performing their iconic tracks. The band might have literally dozens of albums to dip into, but this final run of shows is guaranteed to be about the classics that brought Kiss into the limelight in the first place. Performing songs off their 1974 debut album, as well as those released during the 90s, there's no chance fans will be disappointed.

Since first touring Australia in 1980, Kiss has returned several times over the years to perform for sell-out crowds around the country. Back in 2003, the band collaborated with the world-renowned 70-piece Melbourne Symphony Orchestra for a one-off show, while they returned again in 2008 to ignite a crowd of adoring petrolheads at the Australian Formula 1 Grand Prix. Rod Laver Arena will provide an awesome setting for both nights, with almost 15,000 people packing into the stadium to belt out Kiss' unforgettable tracks. Featuring crowd-pleasing hits such as Shandi, I Was Made For Lovin' You and Rock and Roll All Nite, plus deafening favourites like Detroit Rock City, Strutter and Shout It Out Loud, the sounds of Kiss will be flooding out into Melbourne throughout the evening.

Having kicked off the tour in Vancouver back in January, the first Australian concert takes place in Perth on November 16. It will then make its way around Australia, stopping in Adelaide, Melbourne, Sydney and Brisbane, alongside a special performance at the Supercars Newcastle 500. Fans will also have the chance to purchase Kiss Meet & Greet Experiences so they can farewell their rock and roll idols in person.

How to get to Rod Laver Arena from Fraser Place Melbourne

From Fraser Place Melbourne's location at 19 Exploration Lane, it won't take long to get amongst the action at Rod Laver Arena. The stadium is just a short drive away via Batman Ave and Exhibition St as you pass through the lush Birrarung Marr and onto the Melbourne Sports and Entertainment Precinct. If you'd prefer to walk during the spectacular springtime weather, the arena is a 20-minute stroll away from Fraser Place Melbourne. For Kiss: End of the Road ticketing and information, go to ticketek.com.au and kissonline.com.