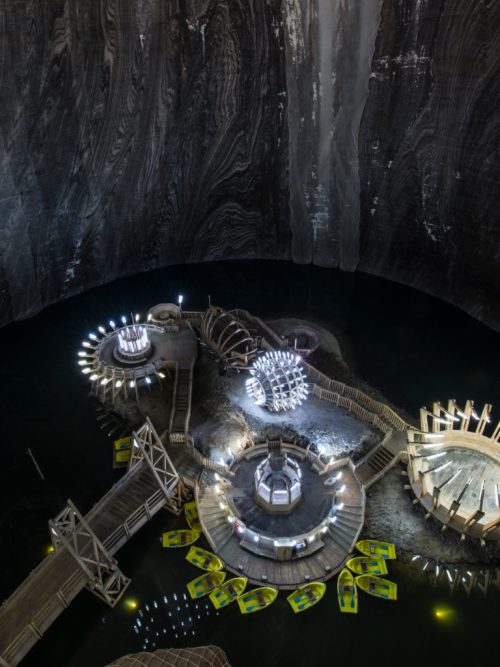 For some people, amusement parks are about how fast the rides are or how much they spin you around – preferably at the same time. But what if you’re looking for places with a truly different vibe? A truly distinctive amusement park combines discovery with a chance to do enjoyable and novel things.

We pick out the best five of the best theme parks in the world that offer thrills and sights as far from the identikit amusement park model as could be. If you’ve not heard of them, perhaps it’s time to make it your next holiday destination!

Simply known as “The Prater” (Wurstelprater), this amusement park in the elegant Vienna district of Leopoldstadt provided the setting for one of the most iconic scenes in film history – the confrontation between Orson Welles’ racketeer Harry Lime and Joseph Cotten’s hero character on the park’s famous Riesenrad (Ferris wheel), in the classic 1949 thriller The Third Man.

The giant wheel – designed by a British Royal Navy engineer in 1897 – was also featured in the 1987 James Bond film, The Living Daylights. Despite its fame, a permit to demolish the Riesenrad was issued during World War I in 1916, but a lack of funds to carry out the demolition helped preserve it till today.

The star-studded park, however, is much older than its famous Ferris wheel. The Prater dates back to 1766 – making it the world’s second oldest amusement park – when Emperor Joseph II opened up the royal hunting ground. Bowling alleys and merry-go-rounds were early attractions, while puppet theatres appeared in the 1890s, as well as the water-based “Venice in Vienna” attraction.

Today, the Riesenrad remains a centrepiece, its distinctive red gondolas providing superb views over one of Europe’s most beautiful cities. For an unforgettable experience, you can even reserve one of the gondolas for a romantic dinner date.

Guests staying at Capri by Fraser, Ho Chi Minh City / Vietnam can pay a visit to the world’s first water park devoted to Buddhism. A 45-minute drive away, Suoi Tien – “the fairy stream” – takes the South-east Asian animistic form of Buddhism as inspiration for its striking sights and entertainments, including evocative illustrations of Vietnamese legends such as Au Co (mythical “mother” of Vietnam) or the two gods Son Tinh and Thuy Tinh, whose battling brings the monsoon.

Visitors are welcomed by a giant golden dragon as the first of many striking visions, including neon Buddhas, a lake with a statue of a turtle supporting the world, and various atmospheric “temples”.

But perhaps the most talked-about spot is the Palace of Unicorns. Contrary to its name, the pitch-black attraction is really a vision of hell. Think fierce animals, bodies boiling in pots and bloody mannequins suddenly lunging at you, all to a soundtrack of shrieks and howls!

Back out in the light, regain calm by wandering the avenues lined with giant faux elephant tusk pillars, or marvel at a pool with a soaring backdrop depicting giant Buddhist sages – with water slides emerging from their beards! Children can go riding in boats shaped like turtles, though definitely not in the waters of the Crocodile Kingdom – a pond containing over 1,000 live crocodiles that visitors can feed with raw meat attached to fishing poles.

Far from the typical sit-back-and-relax (or scream!) amusement park, visitors to the four Diggerland sites around England can join in the action by driving the parks’ distinctive “rides”.

Rides here have been created by transforming heavy construction vehicles like dump trucks, loaders and excavators into fun rides for both young and old. Unsurprisingly, the parks are the brainchild of one of the UK’s largest excavation companies, which saw a great opportunity to transform working equipment into distinctive fun back in 2000. In fact, it’s been so well-received that another park was opened in the United States 14 years later.

Expect unique rides like the Spindizzy, which has been fashioned from the scooping buckets of a giant excavator and will take up to eight passengers for the spin of their lives. To really get interactive, visitors get to drive dump trucks, operate a six-tonne digger or have a go on a Monster JCB 3X. In the summer, you can watch JCB racing, while the Kent edition will see a brand-new ride, Armageddon, added to the lineup soon.

All the UK Diggerland sites – in Yorkshire, Devon, Durham and Kent – are also conveniently located close to a Frasers property. Choose from Malmaison Leeds, Hotel du Vin Exeter, Hotel du Vin Newcastle or Hotel du Vin Tunbridge Wells respectively, all under a 35-minute drive from the theme park. So crunch some gears in a digger, then relax in luxury for the night.

Where: Devon, Durham, Kent and Yorkshire, United Kingdom
Admission: Tickets from £19.95 (US$25). Opening dates and hours vary with season.

What do you do with an enormous underground salt mine when the mining stops? In Romania’s Transylvania region, the Salina Turda provides a novel answer.

When three centuries of salty excavation ended in 1932, its giant caverns became a WWII bomb shelter and then a cheese storehouse, before their present role as one of the most incredible locations on earth – or rather under the earth – for an amusement park. Getting to this park requires you to descend over 100m into the ground via an elevator built into vertical shafts that used to transport miners.

As you travel down, soak up the unique ambience of the cavern, whose marble-textured walls still glisten with salt, shimmering in the spectacular futuristic cavern lights. Once in the caverns, underground entertainments include an eerie pitch-black subterranean lake with rowing boats, a Ferris wheel, a bowling alley, a mini-golf course and tables for games like ping pong and pool.

Many of the attractions exude an almost science fiction styling, adding to the sense of strange wonder. And while these have only been down in the mine for a decade or so, the salt deposits from which the cavern is carved are estimated to date back over 13 million years. A truly unusual place for an amusement park indeed!

If you’ve ever wondered where to find the world’s oldest amusement park, just a 20-minute drive away from Denmark’s capital is Dyrehavsbakken – or simply Bakken – where its first amusements date back over 400 years!

Its roots go back to 1583, when the discovery of a pure spring in seaside woods brought a rush of thirsty folk from Copenhagen, where water at the time was so filthy that locals referred to it as “eel soup”. Enterprising types set up entertainments to cash in on the crowds, and people eventually began coming for the fun. Because of its historic value, the park remains endearingly old-fashioned, with about 60 vintage rides and wooden stalls in what is now the royal Deer Park.

A star attraction is the iconic 1920s wooden roller coaster, its sides painted by notable Danish artist Jeppe Eisner. Other old-school pleasures include stalls like the 1940s Faldgruben, where a man on a high beam hurls insults at people as they throw balls to try and hit a lever that will send him tumbling off his perch.

There are characterful places to enjoy traditional Danish food too, such as the 19th-century thatch-roofed Peter Lieps House. The parkland setting is delightful, with leafy nooks bearing names like Troll Wood, or pretty paths to places like the grand Eremitage Palace, a royal hunting lodge.

Looking out for more familiar amusement parks that the whole family can enjoy? Here’s 20 of the best theme parks around the world to inspire your next school holiday trip! 7 Reasons to Rediscover Hanoi This Year 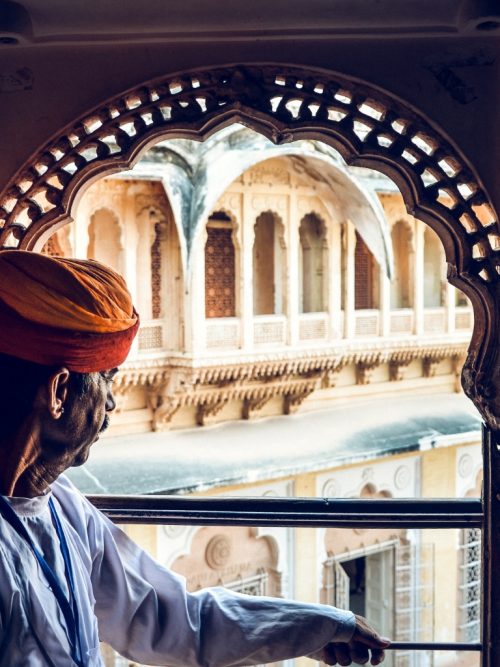 5 Agritourism Hotspots for your next Sustainable Getaway Best European Christmas Markets Not To Be Missed 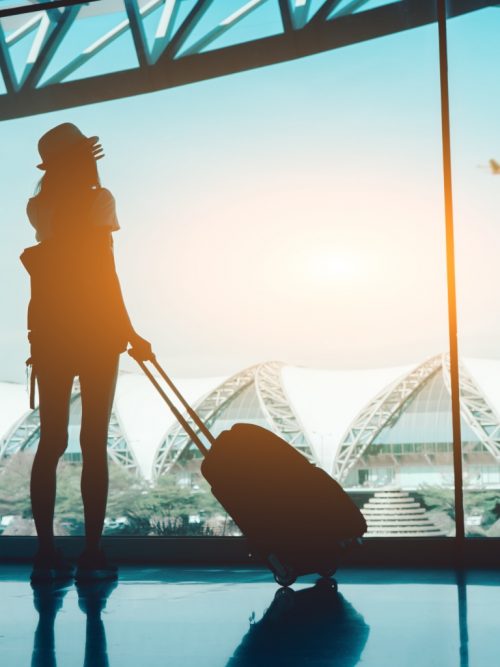 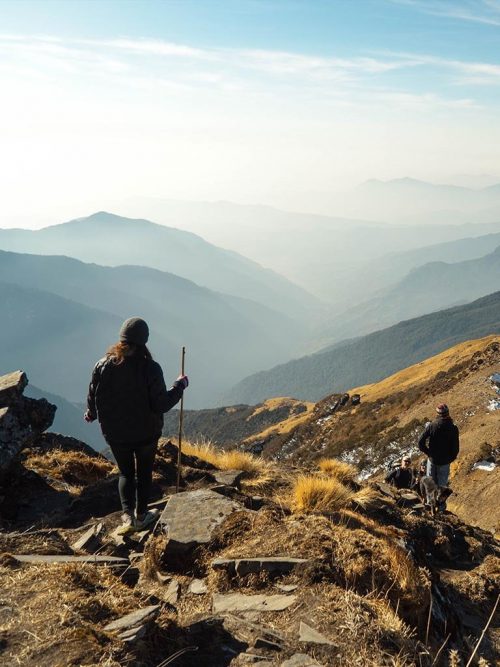 A Walk Above the Rest