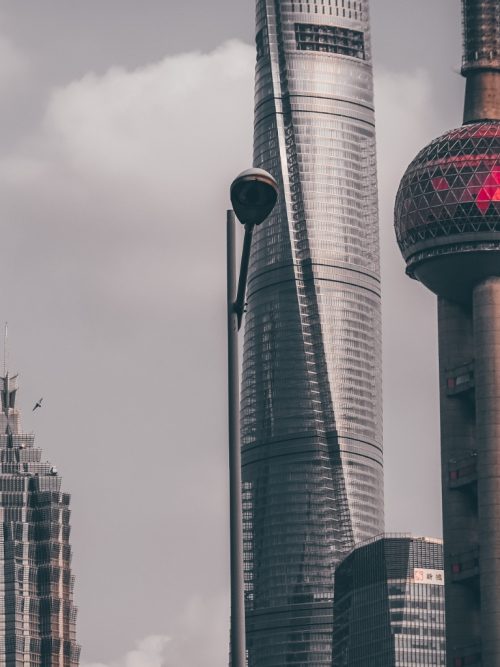 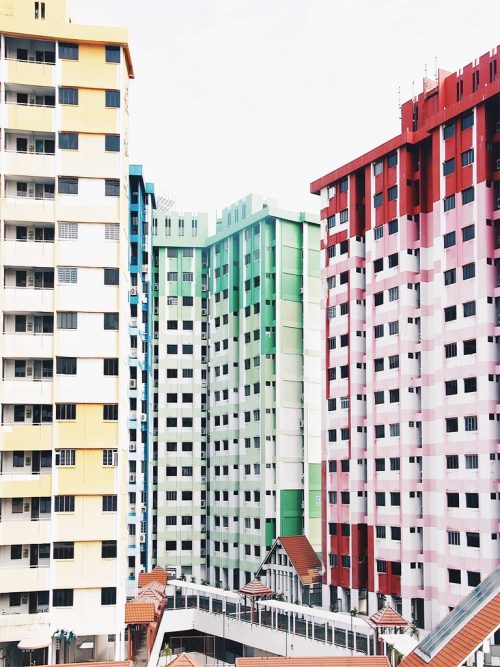 For centuries, Shanghai’s fortuitous location on the east coast of the Middle Kingdom has made it the natural gateway to China. This economic powerhouse with the world’s busiest container port is vibrant and thriving, with a cosmopolitan flair not found anywhere else in the country.

The attractions in Shanghai include its abundant prosperity, which is on permanent display from the towering skyscrapers to flashy limousines. But the beauty of this throbbing city is that it also has a softer, more sensual side, thanks to a glamorous if tumultuous history.

Stay in serviced apartments in Shanghai

Fraser Suites Top Glory Shanghai is located in the Lujiazui CBD financial district, close to subway line 2 and landmarks like Jinmao Tower, Oriental Pearl TV Tower and Shanghai Tower. It has 185 gold-standard apartments with two or three bedrooms – each with mesmerising views of the Bund and city.

Modena by Fraser Putuo Shanghai is a serviced residence ideally situated in the heart of Zhenru City, only four stops away from Jingan Temple and connecting inter-city travellers via the Metro Station Line 7 and Shanghai Train Station. This refreshing twist to urban living has 370 stylish and comfortable loft residences, ranging from studios to two-bedrooms.

A tranquil sanctuary near Huaihai Road and Xintiandi, Fraser Residence Shanghai has 324 contemporary luxury serviced apartments with spacious rooms in a soothing design. And in the heart of the bustling Xintiandi is Fraser Place Xintiandi Shanghai, the newest luxury serviced apartments in the city. This serviced residence is perfect for long and short stays with 106 stylishly spacious two-bedroom and three-bedroom suites – all with a view of the majestic cityscape.

All Frasers Hospitality properties promise to provide peace of mind with the #FraserCares assurance of certified sanitised rooms, safe distancing measures and reservations flexibility. Guests can also be assured of their safety and well-being with a 24-hour concierge and round-the-clock security.

In addition to a safe place to call home, be sure to enjoy the many attractions in Shanghai. Here are some things to do in Shanghai.

The Huangpu is the city’s largest river and one of the best things to do in Shanghai is to take it all in – on a cruise, especially after dark when the skyline is emblazoned with magical lights.

The 110 km long Huangpu River splits Shanghai in two, with Pudong in the east and Puxi in the west. A typical hour-long cruise allows the opportunity not only to admire the beautiful skyline but witness the interesting mix of tall, modern buildings and low, colonial examples.

One of the city’s most recognisable buildings is the Shanghai Oriental Pearl TV Tower beside the Huangpu in Lujiazui in the Pudong New Area. Among the top attractions in Shanghai, it was once the tallest building in China at 468 metres.

An iconic structure with its two huge spheres actually incorporates nine other smaller globes. Flanked by the Yangpu Bridge in the north-east and the Nanpu Bridge south-west, it symbolises “twin dragons playing with pearls”.

The tower has 15 observatory levels – one of which has an outdoor platform with a glass floor – as well as a revolving restaurant and shopping centre.

The Shanghai Ocean Aquarium is one of the largest in Asia, with the world’s longest underwater viewing tunnel. One of the many attractions in Shanghai, it is located next to the Oriental Pearl Tower, where it is home to over 15,000 marine animals comprising 450 unique species from five continents and four oceans.

The aquarium is divided into nine thematic zones replicating nine different habitats – from the Yangtze River in China and the flooded forests of the Amazon, to the mangroves of Australia, winding rivers of Africa, humid rainforests of South-east Asia, and icy waters of the Antarctic.

This traditional garden in Huangpu District ranks among the top attractions in Shanghai. Dating back to the Ming Dynasty (1368-1644), it was actually a private garden built by a government official called Pan Yunduan for his parents.

Yu means pleasing or satisfying in Chinese, and the filial son wanted mom and pop to have something beautiful to enjoy in their old age. The massive garden’s classic design features intricate pavilions overlooking tranquil pools and serene rockeries, linked by meandering bridges interspersed with elaborate archways and impressive pagodas.

Soak in the history and beauty of old Shanghai by walking through this picturesque area once administered by the French as their own territory. For nearly a century until the onset of World War II, the former French concession has been one of the attractions in Shanghai with its wide tree-lined avenues and European architecture rightly earned Shanghai the moniker “Paris of the East”.

One of the best things to do in Shanghai is to visit Chenghuang Temple or Chenghuangmiao, the City God Temple. This famous Taoist temple has a 600-year history and was originally erected to pay tribute to the Jinshan God or the spirit of the Gold Mountain.

Chenghuang Temple was destroyed during the Cultural Revolution but rebuilding began about 25 years ago. Today, it is one of the country’s biggest temples with nine new and very large halls – two of which are devoted to parents and the God of Wealth.

Among the unusual things to do in Shanghai is a visit to the Shanghai International Circuit. It is no ordinary race track and even those who are not motorsports fans will appreciate the jaw-dropping design of the venue for the Chinese Grand Prix.

Guided tours are available, during which participants will learn about the track’s layout, which is based on the ideogram for the first character in the city’s name – the “shang” in Shanghai, meaning “on” or “ascend”. The roof of the grandstand is shaped like lotus leaves, and instead of hospitality tents or trailers for the F1 teams, there are waterside pavilions and bridges inspired by Shanghai’s famous Yu Garden.

Some of the apartments in Fraser Suites Top Glory Shanghai offer spectacular views of the Bund. No one can say they have seen Shanghai until they have visited the Bund. Also called Waitan, this famous waterfront on the west bank of Huangpu River epitomises Shanghai and walking along it is definitely one of the things to do in Shanghai.

This historical area in the city centre has a long and colourful story. Between the late 19th and early 20th century, the Bund was where you would find all the big banks and trading houses of the former Shanghai International Settlement.

To get an idea of that rich and powerful period, just look at the varied architecture of the buildings along this mile-long stretch.

At 632 metres, Shanghai Tower in Pudong’s Lujiazui Finance and Trade Zone is the tallest building in China and the world’s No 2. While you may not be thinking of leasing office space there, you will be interested to know that it has the world’s highest observation deck.

But Shanghai Tower is equally impressive from ground level. The structure is curved and twisted for a total rotation of 120 degrees, with nine vertical zones stacked one on top of the other. The shopping zone is at the bottom, with the offices in the middle. Above them are cultural facilities and that vertigo-inducing observation deck.

1933 Old Millfun is a shopping and restaurant complex in Hongkou District that used to be the Shanghai Municipal Council Slaughterhouse – the world’s largest and most advanced such facility when it was built (yes, in 1933).

One of the attractions in Shanghai, the building combines Eastern and Western styles, with a square outer shell embracing a circular core – a design concept based on the Chinese belief that the earth is square and the sky is round. The result is akin to an ancient Roman basilica, but with quirky curved staircases and lofty bridged walkways.

Like the original teamLab Borderless in Tokyo, this one in Shanghai is also a digital art museum that combines technology and art. Only the second such concept by teamLab, a Japanese digital art collective, this futuristic wonderland offers a fantasy world spread across many rooms, with endlessly changing and interactive projections.

It can be a bit disorienting – think 2001: A Space Odyssey – but it’s also super sensory. Exploring and discovering the 50 original artworks and interactive installations has to be one of the most immersive things to do in Shanghai.

Shop till you drop at East Nanjing Road. This stretch of asphalt is not called a shopping paradise for nothing, with a high concentration of big department stores, brand name boutiques, hip cafes and restaurants.

It is part of the 5.5 km-long Nanjing Road, which also has lots of shopping but not with the same allure as its eastern section.

While East Nanjing Road specialises in hardcore retail therapy, Pudong Binjiang Avenue soothingly integrates tourism and environmental protection. This scenic 2,500-metre boulevard in Puxi runs along the eastern bank of the Huangpu River and is ideal for a relaxing stroll, with many restaurants and cafes along the way for refreshment.

For a fun night out, one of the best things to do in Shanghai is to head over to the fashionable gastro-entertainment district of Xintiandi in the city centre. Its name means “new heaven and earth” and the pedestrian-only roads burst with throbbing nightlife in the form of bars, cafes and restaurants.

Because of the international brands and cuisines – there are French bakeries and American burgers – Xintiandi’s modern Chinese vibe exudes a welcome cosmopolitan appeal.

But that isn’t the only attraction – the businesses are housed in old-style Shikumen buildings, featuring traditional Shanghainese architecture from the late 19th century that marry Chinese design with Western elements.

The sprawling grounds of Yu Garden do not only have beautiful Chinese architecture but scrumptious Chinese cuisine too. There is a gigantic food court with dozens of stalls and seating for 500. But if you prefer to walk and eat, there are outdoor food stands all over.

One of the best things to do in Shanghai is to sample the soup dumpling. Think a jumbo version of a xiao long bao – a steamed bun filled with minced pork and broth. Its giant size is not the only thing that makes it different; it has to be first pierced with a plastic straw to slurp the broth before biting into the bun.

Then there is tofu custard but not the sweet dessert you may be used to. Instead of lashings of syrup, the tofu custard at Yu Garden is a savoury snack dressed in oil, spring onions or other piquant condiments.

You can nourish more than your soul at Shanghai Chenghuangmiao or Chenghuang Temple. Among the attractions in Shanghai is Chenghuangmiao Old Street, a famous food street with restaurants serving local fare. Try some Shanghainese dim sum and traditional vegetable buns.

Then there is ba bao fan or eight treasures rice, a glutinous rice pudding with candied fruit, nuts and seeds. Of course, there is also the ubiquitous xiao long bao – small and big – along with variations like the crab soup bun and barbecued pork bun.

Is the wanderlust kicking in? Try being a tourist in your own country! These guides to Barcelona, Leipzig, Tokyo and Chengdu will help kickstart your journey to rediscovering your city. 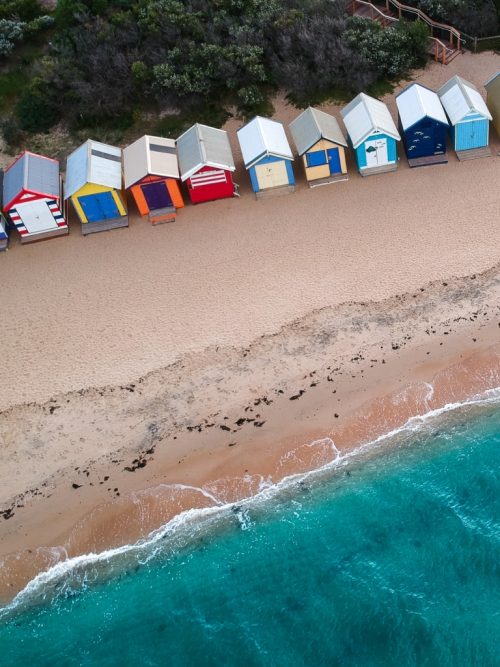 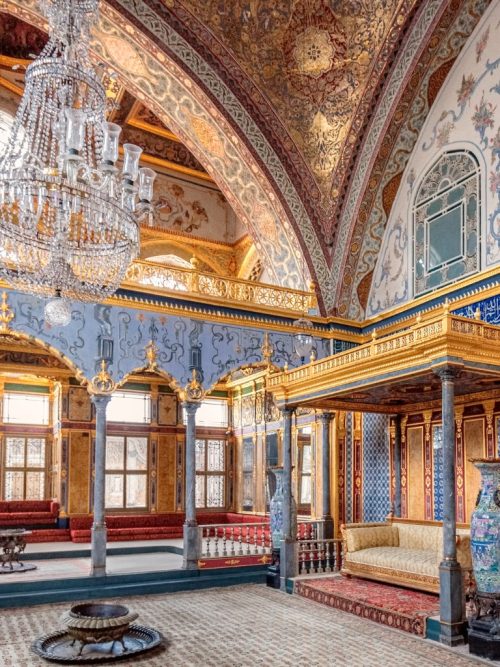