#Frasercares - covid - 19
Your session has time out. You have been logged out due to inactivity. To continue, please sign in again.
member sign up | sign in
| LOGOUT
Now Reading:
Spice Up Your Life with these 8 Herbs One of the best things about a serviced apartment is having a fully-equipped kitchen – it makes it so easy to have anything from a snack to a meal in the comfort of your abode. And whether it’s a take-out or something you’ve whipped up, you can spice things up by adding some exotic spicy herbs or spices from a nearby supermarket or convenience store.

Here are 8 spicy herbs and the various ways you can use them.

Out of all the spicy herbs out there, turmeric has gained traction in the wellness scene as a healthful ingredient and one of the top trending flavours. Curcumin, which gives turmeric its hue, is packed with anti-inflammatory properties. Pungent, bitter and warm, its culinary use spans far and wide, beyond its native South Asia to Morocco and South Africa.

It is also a mainstay in Southeast Asian and Indian cooking. At Indian restaurant Gaggan Anand in Bangkok, chef and founder Gaggan Anand stays true to his mantra of “progressive Indian cuisine”, giving a twist to classic turmeric-infused dishes served omakase-style.

Use it: Curries, salads or blended in smoothies

If you like spicy food, you’ll love Sriracha. This hot sauce is said to have originated in the Thai port town of Si Racha. Andrew Zimmern of Bizarre Foods called it one of the top food trends of 2013, and it has continued trending since.

The blend of chilli peppers, garlic, vinegar, sugar and salt is considered mild. Scoring 1,000 to 2,500 units on the Scoville scale, it is approachable for most.

In the US, the past 20 years have seen the “Rooster Sauce” by US-based Huy Fong Foods gain a cult following, with its myriad inventive applications. Its popularity skyrocketed after it was introduced at New York’s trendy Momofuku Noodle Bar. British celebrity chef Jamie Oliver has also used it to add a spicy spin to mellow fare like sushi bowls.

Use it: Ratchet up the taste of noodles, tacos, pho and even sushi

While Southeast Asia and America swear by its sriracha sauce, North Africa and the Middle East have harissa paste. A basic blend is made up of dried serrano chillies, garlic, fresh coriander, caraway seeds, salt and olive oil for a different flavour and heat. Its taste is complex yet versatile enough for use in spicy food as a meat rub, a base for stews and sauce, or dressing for salads.

A favourite at Granger & Co. is the breakfast buckwheat bowl. It features rose harissa, where the addition of rose petals tempers traditional harissa’s spicy kick. Sample it at the restaurant chain’s latest addition in London. Alternatively, head to Bills, their original outfits in Sydney, Australia.

Use it: Fire up a salad, stew or just plain bread with some garlicky harissa paste

This delicious, tropical plant is native to South Asia, Southeast Asia and Australia but is a relatively easy herb to grow indoors just by using a cutting from an existing stalk. It is common in Thai cuisine, in dishes like tom yum goong and pad thai. Lemongrass has a citrusy, herbal flavour with some heat but low on acidity. This spicy herb is also beneficial for health; enjoy it as a tea to aid digestion or diffuse lemongrass oil to relieve stress and anxiety.

At Vietnamese restaurant Dandelion in Melbourne, this intricate taste can be relished in savoury dishes. It is also found in their desserts like the lemongrass panna cotta, served with mint caviar, rhubarb jelly and blood orange sorbet.

Use it: Boil with pandan leaves and add sugar for a refreshing hot or cold drink, skewered meats, noodles

A bold ethnic flavour from India is ghost pepper, also known as bhut jolokia. But be warned: this eye-watering spicy herb ranks high on the Scoville scale at more than a million units – that’s about 400 times hotter than Tabasco sauce!

While it is known to elicit a deceptively sweet flavour at first taste, the spiciness kicks in barely a minute later. The heat then intensifies for 10 to 15 minutes more before slowly fading half an hour later.

Brick Lane Curry House in New York City serves a spicy food called phaal, described as an “excruciatingly hot curry, more pain and sweat than flavour”. If you’re staying home, try noodle brand Mamee’s ghost pepper instant noodles. Not for the faint-hearted, the noodles come in an ominous dark grey colour and an equally dark chilli sauce. Needless to say, have it in small amounts and plenty of water nearby!

Use it: Add it to curries, noodles, spiced chicken stir-fry

Jalapeno is famous for being used heavily in Mexican cuisine. Fry, grill, bake, pickle, blend – the possibilities are endless with these juicy chillies.

With a heat rating that sits comfortably between capsicum and serrano chilli, it is typically served fresh and green. However, when left on the plant longer, it turns red and develops a slight sweetness and its heat quotient rises.

Whatever its colour, it is what makes spicy food special.  An unlikely gem can be found at Fremantle pub Ball & Chain. Patrons swear by the jalapeno poppers – grilled or roasted jalapenos stuffed with cheese – which pair great with their draft beers.

Use it: Spice up your nacho or taco takeaway with pickled jalapenos, burgers, salsas, stuffed with cheese and baked

There’s jalapeno and there’s chipotle, and they’re one and the same. Well, almost. Chipotle is jalapeno that’s been dried and then smoked with woods like hickory, oak and pecan. Only large jalapenos are chosen for this process to ensure the chipotles remain fleshy.

Executive Chef Ciaran Armstrong of The Halia in Singapore, often uses this spicy herb in slow-cooked and savoury dishes. He adds a twist in the form of a flower ketchup that mixes dried and smoked chipotle with white turmeric.

Use it: Amp up your ketchup dips, salsa, roast veggie seasoning

An ancient spice, cardamom is also very expensive. This spicy herb is native to southern India but also grown in Sri Lanka, Guatemala and Tanzania. Cardamom is a light stimulant and also a digestive. While aromatic and warm, it can taste unpleasant when left to cook for too long.

Its use is heavily concentrated in Asian cooking like traditional Indian dishes. But at cocktail bar Native in Singapore, founder Vijay Mudaliar takes inspiration from the flavours he grew up with and experiments with them in cocktails. The Pineapple Arrack, made with a base of Ceylon Arrack, is laced with green cardamom for a touch of its perfumed flavour. 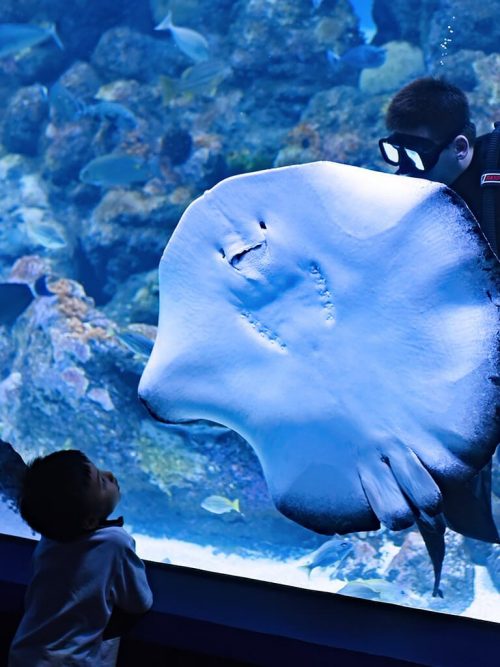 Off Duty: Where the Locals Go in Singapore