#Frasercares - covid - 19
Your session has time out. You have been logged out due to inactivity. To continue, please sign in again.
member sign up | sign in
| LOGOUT
Now Reading:
Your Ultimate Travel Guide to Royal London The Royal Wedding of Prince Harry and Meghan Markle, now Duchess of Sussex, might be over, but here’s how you can bask in the afterglow and feel that royal connection once again.

For a regal experience, check out these top royal attractions in London, which we’ve planned out by their locations. Who knows, you might even score a royal sighting too!

If there’s one royal thing that you must do in London, it’s a trip to the Buckingham Palace.

It’s not just the Queen’s official London residence since 1837, but also where ceremonials and official occasions are usually held at.

During summer, you’ll get to tour the State Rooms when the Queen travels to Balmoral (Scotland). Keep a lookout for the many works of art from the Royal Collection on display at the 19 rooms, especially the Grand Ballroom and the White Drawing Room where there’s a secret door through which the Queen accesses her private apartments.

A combined ticket will also allow you to visit the Royal Mews and The Queen’s Gallery. Open all year round, The Queen’s Gallery houses about 450 works at any one time. You’ll find changing exhibitions from the Royal Collection featuring ornate jewellery, rare furniture and old master paintings, for instance.

After your gallery tour, don’t forget to visit The Royal Mews too. The finest working stable in the world, you’ll be able to catch a glimpse of the two kinds of carriage horses: the Windsor Greys that draw the carriages of the Queen and other royals, along with the Cleveland Bays that are used for high commissioners and ambassadors.

Changing of Guard at Buckingham Palace

While you’re here, be sure to witness the 45-minute guard ceremony outside Buckingham Palace at 11.30am daily during summer and on alternate days in winter. Open to the public for free, it is definitely one of the most elaborate shift changes you’ll ever see. Every day, the new Guard comes from Wellington Barracks, on the side of St. James Park, taking over from the Queen’s Guard on duty at Buckingham Palace and St. James Palace.

You can also catch the Changing of the Guard at Horse Guards Parade for the Mounted Cavalry at 11am, from Monday to Saturday, and 10am on Sundays. This guard exchange is slightly shorter, taking only 30 minutes for the full ceremony. There’s also the Dismounting Ceremony when the Household Cavalry brings the horses back in at 4pm.

Whichever ceremony you might be interested in, just make sure to be there early and grab a good viewing spot before the crowds come, especially in summer.

Foodie Tip: Need refuelling after all that activity? Drop by Bocca di Lupo for authentic Italian flavours that is just minutes away from the Buckingham Palace. It’s also rumoured to be a favourite of Meghan Markle. Be sure to try their fried lamp chop, which is said to be one of the best in London.

Shopping Tip: Stop by King’s Road for a quick shopping spree. A major high-end street that stretches through Chelsea and Fulham, Meghan Markle has been spotted shopping among the many designer boutiques here such as beachwear store Heidi Klein.

This was where Prince William and Kate Middleton got married in 2011, and also where Princess Diana’s funeral took place in 1997. A Coronation Church with over 1,000 years of history, look out for the various memorials of historical figures such as Winston Churchill and William Shakespeare. You’ll also find the tombs of Isaac Newton and Charles Darwin resting within the church. This is sure to be a treat for all history buffs!

Foodie Tip: Drop by The Brown Cow for a gastropub experience amid rustic decor. Owned by Prince Harry’s pal, Mark Dyer, both the British princes have been known to celebrate their special occasions here. If there’s one thing you need to try, it’s their signature scotch eggs.

Curious about the Queen’s Guards? Head to the Household Cavalry Museum and Guards Museum in the heart of ceremonial London. Just within walking distance from main attractions such as Trafalgar Square and St. James Park, you’ll get to learn more about the five Foot Guard regiments of the Household Division.

Try on a guard’s tunic or a bearskin cap and have your photo taken as a souvenir. Or visit the stables where you can see how the working Cavalry Blacks, guard horses used at the ceremonial parades, are cared for.

With a colourful history spanning nearly 1,000 years, the tower once served as a fortress and prison, as well as a place of residence for royals. While you’re there, be sure to visit The White Tower, the oldest section that houses the Royal Armouries, and lookout for the famous ravens that never leave (legend has it that the tower falls when they do).

For guided tours that are both informative and entertaining, be sure to have one with the Beefeaters, who are also known as Yeoman Warders, protectors of the Queen. These ceremonial guards are in charge of safeguarding the precious British crown jewels, but they also started conducting tours since the Victorian era.

Want to try your luck at scoring a royal sighting of the cute Prince George of Cambridge or his sister Princess Charlotte? The home of Prince William’s family, Kensington Palace is a year-round visitor attraction.

Wander around the many parks here such as the Palace Garden or the Hyde Park, and pack a picnic for a truly British experience. If you’re looking for a dine-in option, The Orangery Restaurant is also a great option as a pit stop for lunch and afternoon teas.

Foodie Tip: For some British-Irish grub befitting of royals, check out The Sands End, which is also owned by Prince Harry’s good friend Mark Dyer. The prince and Meghan were said to have visited in December 2016 for an elaborate winter meal. Be sure to try their homemade sausage rolls while you’re there.

Just farther out from River Thames, make a trip to Hampton Court Palace for a royal visit. Once the royal residence for King Henry VIII in the 16th century, it was later demolished and rebuilt for William III and Queen Mary II in the 18th century.

Before you go, make sure to visit the Tudor kitchens. From the exotic ingredients sourced from across the world to the stories from hundreds of cooks, step in and travel back in time as you learn of the sights, sounds and smells that go into a typical feast preparation at Henry VII’s sprawling kitchen in the 16th century. The maze and the Magic garden, added in 2016 for families to enjoy, is a popular attraction too.

Plan a day out to the Kew Palace, a much more intimate palace compared to the others. Open only in summer, the Kew Palace was originally built by Samuel Fortrey, a wealthy London silk merchant, and served as the secret retreat of King George III. Highlights of the palace include the Royal Kitchens and the Princesses’ Bedroom; you’ll be amazed at how well they’ve been restored.

Whether it’s a royal sighting you’re after or just a trip to retrace the footsteps of royals, there’s bound to be something new for you to discover among the historic attractions of London.

A stay at any of our properties in London will also offer easy access to London’s famous sights and make you feel right at home in the heart of London. 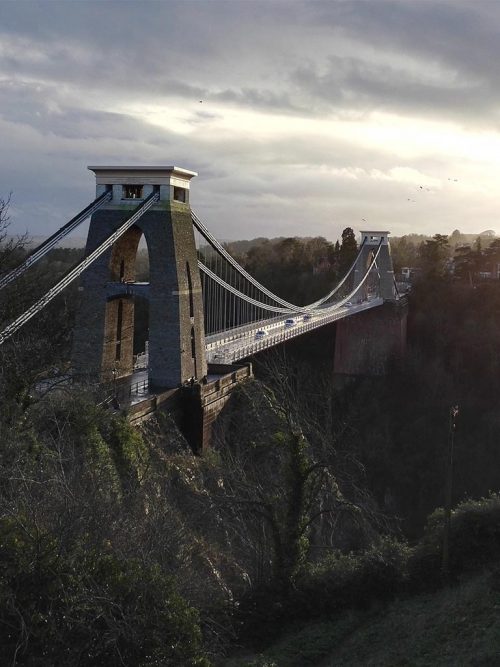