#Frasercares - covid - 19
Your session has time out. You have been logged out due to inactivity. To continue, please sign in again.
member sign up | sign in
| LOGOUT
Now Reading:
10 things to do this winter in Edinburgh

10 things to do this winter in Edinburgh 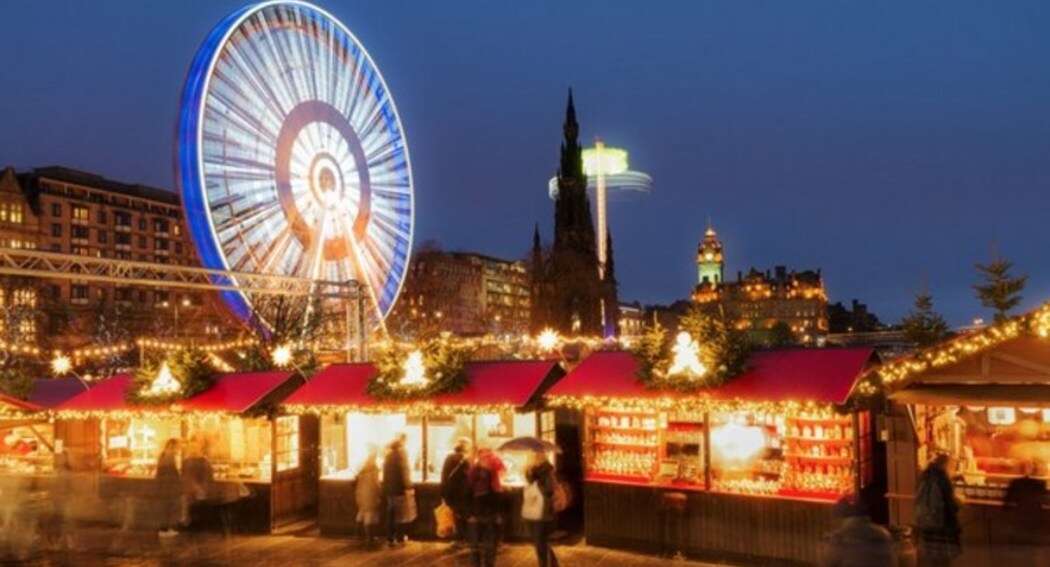 Beltane Fire Festival is Back Again in Edinburgh This April

10 things to do this winter in Edinburgh

The city of Edinburgh, is one of the most visited cities in Europe thanks to its rich history, entertaining activities and one of the most beautiful Medieval Old Towns in the World. Scotland's capital city has plenty to offer all year round but it shines that little bit brighter at Christmas. During the festive season the city transforms to take on a Christmas card charm. Throughout the varied winter weather, there will inevitably be some falls of snow which garlands the city's incredible historic architecture, making your stay here even more special.

We’ve created this countdown of the top 10 things to do in Edinburgh in December. All within easy reach of your Fraser Suites Edinburgh boutique suite hotel.

Just off the historic Royal Mile, Victoria Street is located in the very heart of the historic Old Town. A couple of minutes’ walk away from Fraser Suites Edinburgh, this winding, steep street is one of the most photographed spots in the city. Home to pretty boutiques with an incredible range of colorful facades, the street has the obvious attractions of restaurants, bars, independent boutiques and little gift shops, but in addition, this is the street which captured author J.K Rowling’s imagination and inspired Diagon Alley, the shopping centre for all things magical in the series of Harry Potter books. Any visitor to Edinburgh should take the time to explore this quaint and picturesque cobbled street.

9. Camera Obscura and World of Illusions

Edinburgh’s Camera Obscura and World of Illusions is an excellent stop off for anyone looking for a day of mind bending fun in the City.  Situated in the Old Town, the attraction was previously known as Outlook Tower and has been around since 1835! The Camera Obscura is an excellent way to see the unparalleled beauty of the Edinburgh skyline. In addition, the magical halls feature plenty of illusions to feast your eyes and bamboozle your senses. Look out for 3d artwork, a Vortex Tunnel, plentiful of holograms, a Mirror Maze and lots of other illusions making the attraction a great spot for all the family to visit. It is also only a five minute walk away from Fraser Suites Edinburgh.

8. A winters walk in the gardens of Edinburgh

Edinburgh is a beautiful place with some amazing hidden gems that are just waiting to be explored. Breathe in the fresh Scottish air wafting in off the North Sea and enjoy a stroll around one of the city’s many gardens and park. There are three gardens that deserve a mention on this list. The botanical haven known as the Archivists Garden is only a ten minute walk away from Fraser Suites Edinburgh. Perfect for a winter morning walk!

Fifteen minutes away from Frasers Suites Edinburgh lies a secret garden known as Dr Neils Garden. If you take a trip there in December you could attend one of their exciting wreath making classes.

Edinburgh is also home to The Royal Botanic Garden which is often regarded as being one of the best gardens in the world. It was established in 1670 and hosts a wide variety of plants. If you visit during winter you might be lucky enough to see the garden covered in snow and some of the plants thrive in these weather conditions so you will see some rare plants bloom.

7. Visit the gems of Edinburgh

Another hidden gem of Edinburgh, is Pentland Hills Park. Although slightly further afield it is a beautiful park where you can take part in recreational activities such as skiing, mountain biking, hillwalking, horse riding and even golf. Pentland Hills Park makes a great walk for a frosty winter morning. You can get there pretty quickly by taking the bus.

6. Explore more of the city

Edinburgh has such a rich history and as a result of this you won’t be stuck for choice when it comes to tours. Why not explore the city’s rich culture and its Christmas lights by open top bus.

City visitors rate Edinburgh’s famous underground attraction Mary Kings Close very highly. Each year tours are offered at Mary Kings Close that give visitors a taste of how Hogmanay were celebrated and what it was like to have Christmas banned in Scotland for 400 years!

Holyrood Palace is well worth visiting too. The official residence of the British monarch in Scotland usually gets a makeover during the festive period. The 17 century palace is also said to be haunted by a Bald Agnes who is acclaimed being a witch. You can try evening tours from the 7 of December until the 2 of January.

5. The lights on George Street

The street of light is truly magical but there hasn’t been much word on it returning in 2017. The street of light started in 2015 as an architectural installation of over 60,000 lights! The event was accompanied by local choirs and bands and around 350,000 people. It returned in 2016 as well and was just as much of a success so hopefully we might be lucky enough to see it return this year.

Even though Christmas was banned for 400 years in Edinburgh the city certainly makes up for it now.  A great place to have Christmas dinner in Edinburgh is The Dome. It’s only a ten minute walk away from Fraser Suites Edinburgh but other than the food it’s well worth that just for the photo opportunity. You won’t be able to walk past the building without marveling at the twinkling lights and festive decorations The Dome goes all out every year and brings the Christmas spirit to the outside and inside of the building. On top of the great atmosphere you can get a Haggis wrapped in pastry or a traditional roast turkey paired with sausages and onion stuffing! Either way expect the full works!

3. The best New Year’s celebration in the world!

For three days the city transforms itself into a hub of attraction for bringing in the New Year. You’ll find various concerts and events taking place like viking marches, firework shows, choral singing, street performers, fire eaters and more!

If you’re looking for a bit of silliness be sure to head on down to Loony Dook. You march the length of the High Street and then launch yourself into the freezing Firth of Forth waters to raise money for charity.

Located in the heart of the city Holyrood Park is the home to Arthur’s Seat. You’ll get a stunning view of the city from Arthur’s Seat which sits at 250.5m high and hopefully it will be snowing as well but this will also give you a great view of the fireworks at Hogmanay.

Second on our list of the top 10 things to do in Edinburgh is Every year Edinburgh’s residents get treated to not one but two ice rinks in the city centre! You'll be able to find an ice rink in East Princess Street Gardens and another in St Andrew Square! If you’re dreading the cold then not to worry a warm hot cabin is nearby.

As well as the ice rinks coming to town the big wheel arrives in Princess Street Gardens right in time for Christmas. You can take a ride in the Ferris wheel and enjoy spectacular views of the city. The Ferris wheel is bejeweled with 20,000 lights making it an unmistakable landmark.

If you’re feeling up for it you will also be able to find the Star Flyer in East Princess Street Gardens too. The 196ft attraction offers a thrill seeker, a spectacular view of the city too.

Lastly on our list of top 10 things to do at winter in Edinburgh is the iconic Edinburgh Castle. Not only is a historic monument holding the secrets to Scotland’s history, but the Hogmanay celebrations here are renowned the world over, attracting huge audiences to the famous street party below with eager revellers waiting for musical performances and a legendary firework display. Just steps away from your hotel suiites, you can easily walk to the castle from Fraser Suites Edinburgh in less than ten minutes.

Many are attracted to the city for the heart-warming Christmas spirit found in every street. Edinburgh is extremely festive at winter time, laced with markets, spirits are high everywhere and decorations lighting up the night skies. So why not enjoy the Festive season in Edinburgh with Fraser Suites Edinburgh. If you stay for more than three nights between the 2nd of December to 25th December 2018 guests will be eligible for our Christmas promotion offer. We look forward to welcoming you – book now.