#Frasercares - covid - 19
Your session has time out. You have been logged out due to inactivity. To continue, please sign in again.
member sign up | sign in
| LOGOUT
Now Reading:
Winner for 2013 Best Serviced Apartment - 5th Consecutive Year! 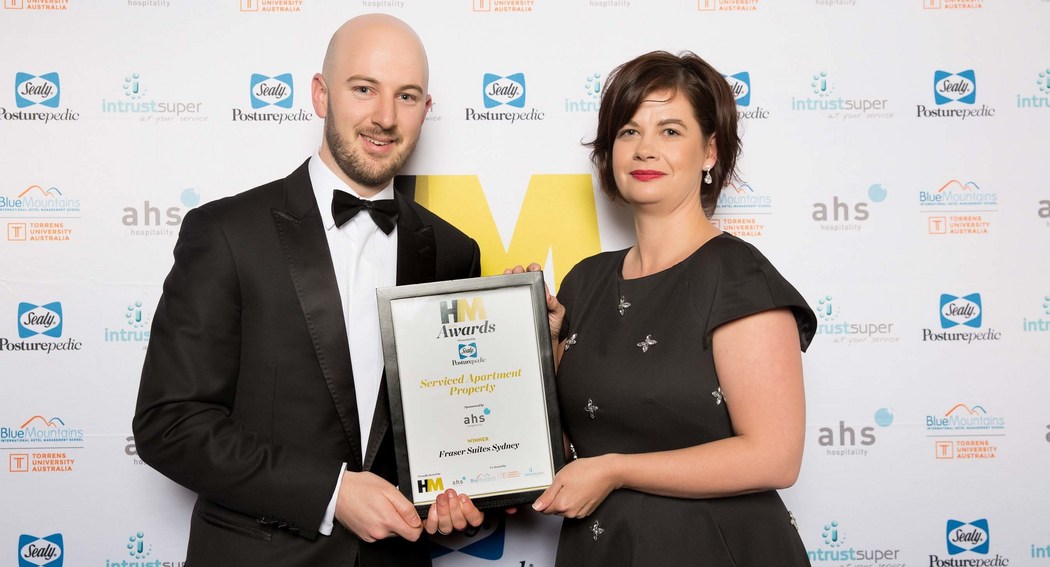 This is the 5th year that Fraser Suites Sydney has taken out the award, which highlights the exceptional nature of the stunning Sydney CBD apartment hotel.

These awards for the accommodation industry in Australia, New Zealand and the Asia Pacific region, are judged by a panel of 50 industry experts and leading travel editors and writers.

According to General Manager of Fraser Suites Sydney, Matthew Rubie, "we are delighted to be recognised in this way as these awards are voted on by our peers."

"To take out the award four years in a row and to be acknowledged for our facilities and services is a real honour."