#Frasercares - covid - 19
Your session has time out. You have been logged out due to inactivity. To continue, please sign in again.
member sign up | sign in
| LOGOUT
Now Reading:
Top 10 Things to See and Do in Brisbane This Winter 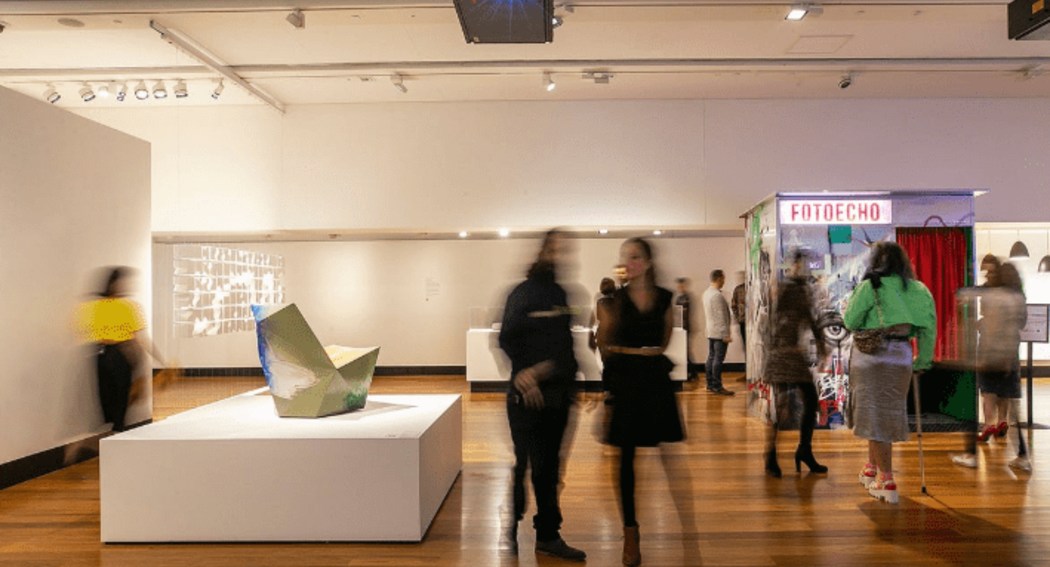 Brisbane's winter might be reasonably mild compared to other Australian cities, but that doesn’t mean the city can't get in the spirit of all things frosty. Hosting an array of winter-inspired events, there's also a plethora of art gallery exhibitions, cinema experiences and food and wine days out that are sure to keep you busy despite the slightly colder weather. From the comfort of your stay at Capri by Fraser, Brisbane, you'll be perfectly located to explore each of these 10 special events that showcase everything the city has to offer.

Held across an extended four-day foodie extravaganza, the James Street Food and Wine Trail 2019 highlights the very best of the region's culinary talent. Held for the eighth time, there's just about every cuisine imaginable available as the leafy inner city community gets taken over by some delicious flavours. Whether it's fine dining, bars or market stalls, you definitely won't go hungry.

Running from Thursday July 25 to Sunday July 28, the first three days are called the Trail Days as they invite you to explore a range of in-venue events and special cooking collaborations. Sunday is Market Day when more than 20 restaurants, bars and other gastronomic delights take over the streets throughout a lively daylong event. Featuring the likes of Chow House, the King Arthur Café and the ever-popular Gelato Messina, there's something for everyone. Meanwhile, there's also live cooking classes, craft stalls and music to complete this rousing food-lovers experience.

If you're looking to involve yourself even more within Brisbane's epic culinary scene this winter, Regional Flavours 2019 is another awesome opportunity to dive right in. For its 10th birthday, this jam-packed food festival spreads out across the lush South Park Parklands on Saturday July 20 and Sunday July 21. Showcasing the wonderful flavours of Queensland's farmers and small businesses, this is a great chance to taste some fine small-batch cuisine.

Featuring live music, celebrity chefs and a huge market showcasing over 80 diverse stalls, the festival is divided into different stages, each showcasing a style of cooking or cuisine. Whether you're into wine, jam and fermentation or decadent desserts, each area offers something incredible.

Open-air cinemas have become hugely popular in Australia, and for good reason, as watching the latest movies drenched in moonlight is undoubtedly a special time out. The American Express Openair Cinema returns in 2019 with another spectacular line-up of blockbuster flicks and all-time classics as it launches its new home in the Brisbane City Botanic Gardens.

Running from Friday July 19 to Sunday August 18, the gardens provide a spectacular backdrop to the massive screen as you get comfortable with something tasty from the onsite dining area or fully-stocked bar. You're also welcome to bring your own picnic and blanket, so pack a basket full of great movie snacks to complete your evening.

There are lots of movies to pick, but some of the best include John Wick 3: Parabellum (July 25), Elton John's Rocketman (July 27) and the hilarious romantic comedy Long Shot (July 31), starring Seth Rogan and Charlize Theron.

Brisbane might stay warm basically all-year round, but Brisbane Festival 2019 couldn't help but get wintery with a massive ice rink. You'll find it at the busy King George Square from Friday June 21 to Saturday July 14, as Skating At Brisbane presents a striking winter wonderland.

Overlooking Brisbane City Hall, get your skates on and hit the rink as you take part in one of the greatest wintertime traditions. Surrounded by fairy lights and music, there's also a thrilling slide called The Runway, which offers participants the chance to race down a rubber snow tube. Suitable for every age, each session runs for 45 minutes as you carve up the ice.

To keep warm, there are heaps of food and drink options, including the apres-ski Maple Leaf Bar, which features a range of stalls selling soothing hot food, alongside regular live music and entertainment.

One of the most popular annual Brisbane events returns with another edition of the Brisbane Night Noodle Markets held from Wednesday July 24 to Sunday August 4. Running within the sprawling area of South Bank's Cultural Forecourt, this is the place to be when it comes to experiencing the delights of Asian hawker food and its myriad of spicy flavours.

Head down and roam a huge range of stands on display, as there are many of the city's most-loved options in attendance. Whether it's the peppery cuisine of Hoy Pinoy and Bangkok Street Food or the tantalising flavours of Bao Brothers and What the Pho, there's something for everyone to enjoy and sink their teeth into. Meanwhile, don't miss your chance to try Twistto and their famous Korean twisted potatoes, as well as the indulgent ice cream of Gelato Messina.

Composed by legendary theatre producer Andrew Lloyd Webber, School of Rock arrives on Australian shores based on the smash-hit movie starring Jack Black. Following the story of Dewey Finn, an aspiring rock star who has to earn a living as a substitute teacher, the Brisbane run of the production features prominent stage performer Brent Hill in the lead role, while Amy Lehpamer plays the character of Principal Rosalie Mullins.

The production opened to huge critical acclaim in London back in 2015 and its Asian-Pacific tour is set to be just as good. Having already completed its American and West End run, School of Rock has been nominated for four Tony awards, while it won the 2017 Oliver for Outstanding Achievement in Music and the 2017 WhatsOnStage Award for Best New Musical. Featuring original music by Lloyd Webber and lyrics by three-time Tony nominee Glenn Slater, School of Rock is one of this year's must-see theatre productions. See it at the Lyric Theatre from Friday July 12 until Saturday August 17.

NASA – A Human Adventure: After Dark

Delve into the wonders of the galaxy as the Queensland Museum hosts a special evening edition of its newest exhibition: NASA – A Human Adventure. Celebrating the historic moon landing of 21 July 1969, this immersive experience will have you stepping back in time to space exploration of the 1960s as the exhibition area is transformed with throwback furniture and groovy décor.

Check out vinyl records and wild wallpaper as the Queensland Museum teamed up with Camp Hill Antique Centre to create the most authentic experience possible. Throughout this adults-only evening, enjoy a drink and a snack as visitors get to explore the 250 items on display, with many actually having gone into space. You'll also get to learn about the moon landing from renowned astrophysicist Dr Joel Gilmore, get to make your own origami space shuttle, and watch the historic event as it unfolded on live television in 1969.

Serving as a parallel film festival to the Queensland Art Gallery & Gallery of Modern Art's (QAGOMA) latest exhibition called Perceptions of Time, cinema-lovers are in for a treat as Nothing But Time showcases some of the greatest films that deal with time travel, memory and the passage of time. Held in the Gallery of Modern Art's Cinémathèque from Friday July 5 to Sunday September 1, audiences will get to experience a line-up of films that are both deeply fascinating and entertaining.

Opening with a special double-feature screening of Bill and Ted's Excellent Adventure and Back to the Future, there are other beloved films such as Run Lola Run, Inception and Stranger Than Fiction all to be seen. Other modern classics such as Primer, The Tree of Life and Eternal Sunshine of the Spotless Mind are also screening, plus a variety of foreign and underground films that are sure to keep cinemagoers enthralled throughout the festival's two-month duration.

Offering stunning panoramic views ofVeuve Clicquot Chalet at Customs House the Brisbane River, the Veuve Clicquot Chalet is your chance to experience an Aspen-style winter as you head inside your own igloo and enjoy a top-notch glass of wine, beer or a vibrant cocktail. Open throughout the winter, head along and get comfortable inside your own dreamy igloo, as this pop-up bar is something totally out of the ordinary.

Throughout July, you'll be able to sip down a tantalising array of Veuve Clicquot wines, while there are delightful dining options, such as freshly shucked oysters, truffled mushroom croquettes and grilled quail. Immerse yourself with Brisbane's outstanding nightlife and culinary scene, as this wintertime retreat is a must-visit destination before the warmer months return.

Teneriffe might have only been a Brisbane suburb since 2010, but that doesn't mean it's not worth celebrating. Each year the inner city community throws a huge party to ring in their latest birthday and from 10am to 9pm on Saturday July 6, they'll be doing so again. Once more, attendees will be presented with a lively atmosphere that the suburb has become known for with live music, exceptional dining, and art and design all on the bill.

Attracting approximately 50,000 visitors in previous years, you'll get to roam the riverside streets and explore the tucked away laneways as the one-day program sees the best in local entertainment, food and community activities. Held along the Brisbane River not far from your accommodation, Teneriffe Festival 2019 highlights the possibilities of inner city living.