#Frasercares - covid - 19
Your session has time out. You have been logged out due to inactivity. To continue, please sign in again.
member sign up | sign in
| LOGOUT
Now Reading:
Rediscovering Your City: The Allure of Leipzig

Rediscovering Your City: The Allure of Leipzig 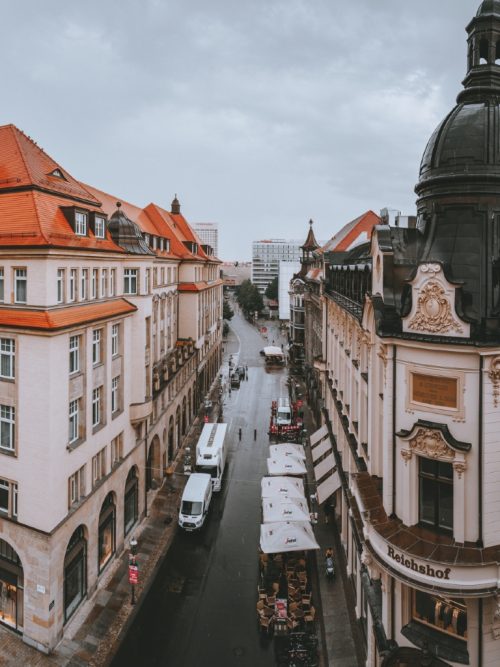 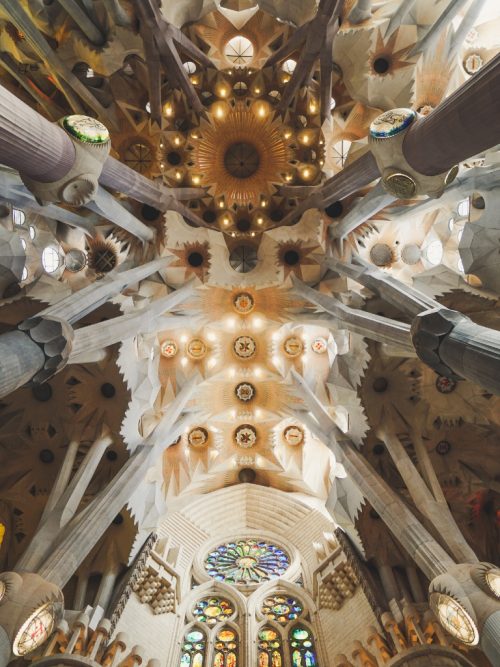 Rediscovering Your City: When Barcelona Beckons Rediscovering Your City: The Best of Tokyo

Once an important cultural hub of Europe, Leipzig today retains vestiges of its artistic past but embodied with its newfound economic prowess. This city in north-eastern Germany is not only a pretty picture of art and history but also one of country’s most liveable.

But the city is more than museums and castles; there are many things to see and do in Leipzig Germany. Its proximity to Berlin – two hours by road – also contributes to its economic clout by supporting big business, like those in manufacturing and IT.

Stay at the brand new Capri by Fraser, Leipzig / Germany

One of the best ways to explore this charming German city is from the brand new Capri by Fraser, Leipzig / Germany. The hotel residence with its avant-garde style has a range of studio- and one-bedroom apartments, and its modern facilities include a restaurant, bar, meeting rooms, and a 24-hour gym and self-service laundry facility.

Zoom over to the Porsche production factory

Go on a factory tour to see how Germany’s favourite sports car is made. The Porsche production line is fascinating not only for its hi-tech efficiency but also its amazing cleanliness. Then enjoy a delicious lunch with a panoramic view of the on-road circuit.

If you’re feeling a need for speed, you can also take a high-speed lap around the track, or climb hills and cross streams off-road. But maybe not immediately after the delicious prime boiled veal with Madeira jus.

Go on a Trabi tour

The small and utilitarian Trabant, or Trabi as they are commonly referred to, had the unique distinction of being everybody’s dream car in communist East Germany. Trabant means companion and as a scarce good then, the car was naturally a much-loved counterpart.

You can go for a ride in this iconic vehicle at Trabi Erleben. “Erleben” means “experience”, and you can book a Trabi tour that lets you experience the city’s attractions and the car itself.

Instead of four wheels, how about try two? With more cycling paths than beer gardens, ít’s fun to hop onto a bike for a day trip in the region. You can bring your own bike or better still, rent one from a shop or bike share, then head out for a leisurely ride through picturesque Leipzig.

There are also cycling trails for the more adventurous. Best of all, you don’t have to start your jaunt from the city because you can board the train with your bike to get straight to wherever you want to explore.

Try your hand at boating

Did you know that Leipzig is also known as Little Venice? You can skim its waterways by motorboat, canoe or even stand up paddleboard! The White Elster river runs through the city, giving it a unique water landscape and an interlocking system of natural rivers and canals ideal for sporty or relaxed boating.

Get a closer glimpse of the old bridges and quaint brick buildings that line the shore with their modern lofts and hip restaurants. Or examine the amazing flora and fauna on the wild riverbanks and in Leipzig’s alluvial forest, among Central Europe’s biggest.

If bikes are not a joy ride and canoes don’t float your boat, then appreciate Leipzig’s stunning buildings on two feet. The city’s rich architectural heritage dates back to the Gründerzeit economic phase in 19th century Germany and Austria, when Leipzig enjoyed the industrialisation boom. Choose from a self-guided architecture tour of Renaissance buildings in Historicism, Art Noveau and Post-Modernist styles.

Or try one that highlights centuries-old churches with Romanesque, Baroque and Gothic features. A must visit is the beautiful St Nicholas Church (Nikolaikirche), one of the city’s most iconic landmarks which features all three styles!

“From cotton to culture” is the tagline of Spinnerei, the stage for Leipzig’s bountiful art scene. The Spinnerei factory complex used to be Europe’s biggest cotton mill but is now home to galleries, ateliers, restaurants and over a hundred artists, including local sensation Neo Rauch.

Since the mid-1990s, musicians, dancers, craftspeople, architects, traders, printers and designers have converged on Spinnerei to set up shops and studios, and there are always interesting exhibitions going on.

Daytrip to the Leipzig Zoo

One of the best things to see and do in Leipzig Germany is the zoo. The Leipzig Zoo may be one of Germany’s oldest zoos (it was first opened in 1878), but it is also one of the most modern with six themed animal worlds.

One of them is the Gondwanaland biome, a climate-controlled 16,500 sq m habitat for African, Asian and South American plants and creatures like squirrel monkeys, giant otters, komodo dragons and leaf-cutter ants, as well as fish, frogs and turtles. Another indoor hall is Pongoland, a huge ape enclosure for gorillas, two groups of chimpanzees, bonobos and orangutans.

If by chance you tire of historical buildings, hop over to Museum der bildenden Künste, Leipzig’s fine arts museum which reopened in 2004 in an ultra-modern glass cube. The previous museum building had been destroyed in the war but thankfully, not before its priceless art was safely stored away.

They include works from medieval times to today, with outstanding examples by German Renaissance masters, the German Romantic movement and important 19th-century French artists.

Take a break from the sightseeing. It’s time to sip some delicious coffee and tea at Café Riquet. Housed in a beautiful art-nouveau building with twin elephant heads over its entrance, the cafe probably contributed to German literary giant Goethe’s impression of Leipzig as a “Little Paris”.

A must-try is the “Leipziger Lerche” pastry, a local speciality made with almond and apricot marzipan.

Go back in time at the Bach Museum

The Bach Museum has the distinct honour of being one of the oldest buildings in Leipzig as well as the former residence of the genius composer’s close friends, the Bose family. Here in the museum’s treasure room, the most exciting exhibits are the music manuscripts written by Johann Sebastian Bach himself. The sheets are so delicate that they can only be displayed for only a few months before they go back into storage.

Also on show are instruments used by Bach, like an organ, a violone and a viola d’amore designed by his close friend Johann Christian Hoffmann.

The Bach Museum is opposite St Thomas Church, the 13th-century Gothic church where Johann Sebastian Bach was the cantor. It has also been Bach’s burial place since 1950, with his ledger stone on the floor and his statue out front.

The renowned St Thomas choir performs on Fridays, Saturdays and Sundays. After the concert on Sunday, there is a tour of the Baroque tower, which was completed in 1702. The St Thomas Church is also famous for being the place where Richard Wagner was baptised, and where 20 years before in 1789, Mozart played the organ.

For the ultimate culture adventure, go on a behind-the-scenes tour of the Leipzig Opera House, one of the world’s oldest working opera houses. Completed in 1960 when Leipzig was still part of East Germany, it is a beautifully furnished building with wonderful acoustics.

One eye-catching detail is the magnificent spiral staircase lit by a unique ring of lights, which symbolises the life cycle of the dandelion.

Wind down at Auerbachs Keller

One of the best things to see and do in Leipzig Germany is to wine and dine at Auerbachs Keller, just like Goethe did over two centuries ago. This may be Leipzig’s second oldest restaurant, but it is probably the most well-known.

With its vaulted arches and sombre frescoes, stepping into Auerbachs Keller is like stepping back in time. Thankfully, the menu is more modern. In addition to the expected beer and cabbage, there is also nice wine and appetising vegetarian options.

Fully recharged with caffeine and calories, it’s time for some retail therapy. Auerbachs Keller is conveniently located in Madlerpassage with its 40 specialty shops, cafes and restaurants. As Leipzig’s most famous shopping passage, it has enough luxury fashion boutiques to rival Milan’s Corso Vittorio Emanuele II.

For those less interested in couture, reflect upon the intricately sculpted bronzed figures that represent scenes from Goethe’s tragic play Faust.

In celebration of the opening of Capri by Fraser, Leipzig / Germany, enjoy 25% off when you book a stay. Take your pick from cosy studio apartments or spacious one-bedroom suites with kitchenettes. 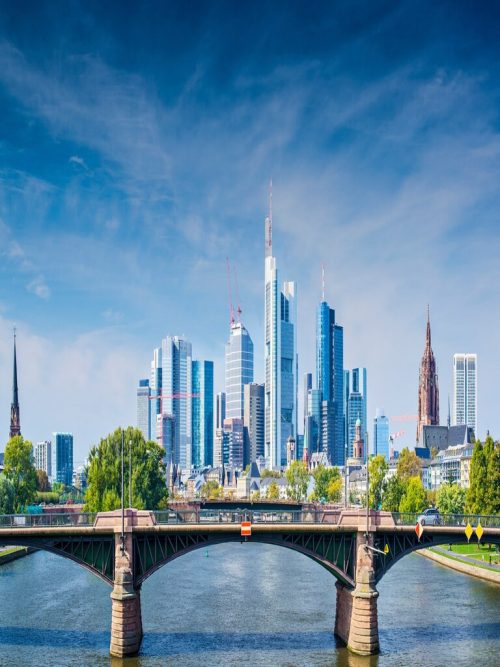 In The Face Of A Pandemic: Keeping True To Our Values Of Care And Empathy 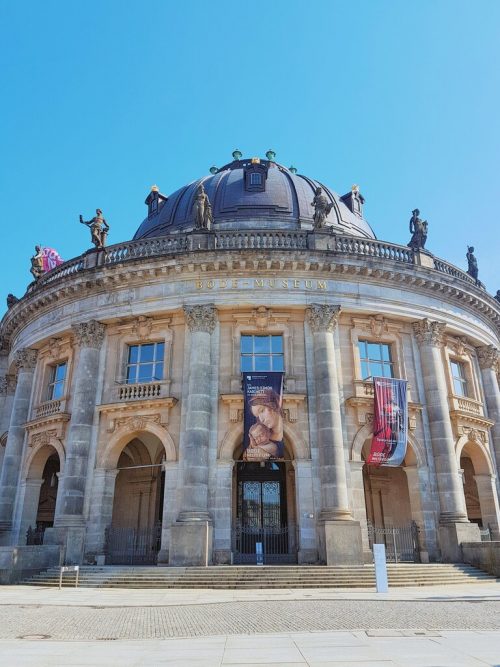 Rediscovering Your City: A World of Art in Berlin 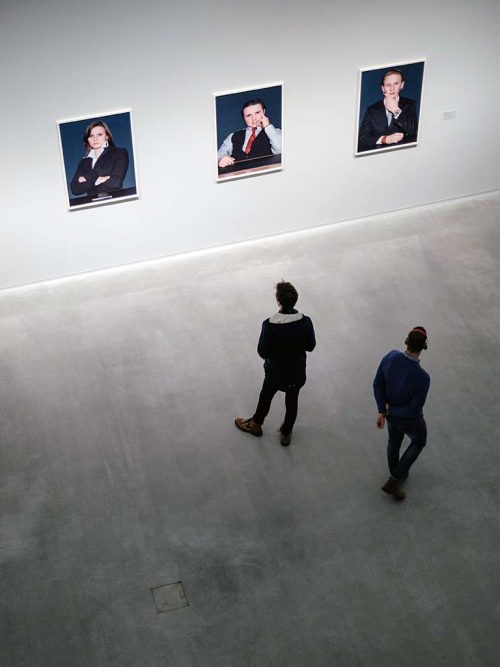 7 Almost Free Things to See and Do in Berlin 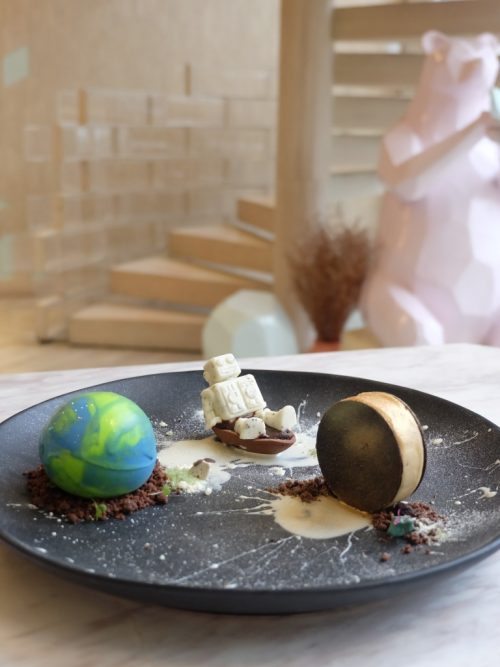 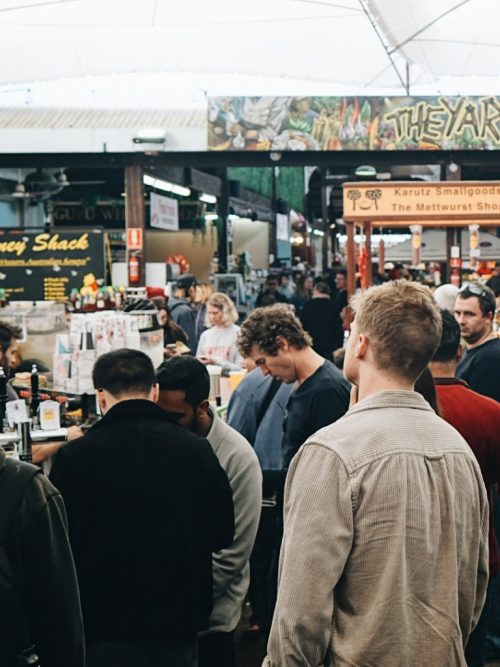 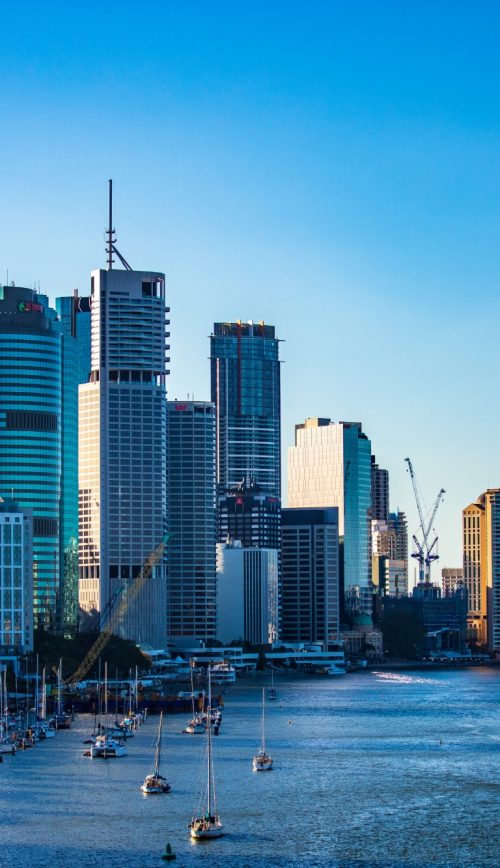