#Frasercares - covid - 19
Your session has time out. You have been logged out due to inactivity. To continue, please sign in again.
member sign up | sign in
| LOGOUT
Now Reading:
The best ways to experience live music in Hamburg, Germany

The best ways to experience live music in Hamburg, Germany 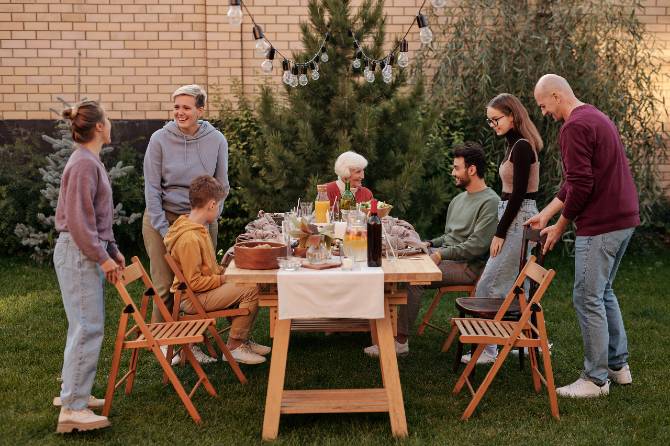 24 hours in Riyadh: What to see and do

Hamburg is a destination that typically flies under the tourist radar, with places such as hip, historic Berlin and the energetic financial hub of Frankfurt more likely to feature on an average itinerary of Germany. But this picturesque port city, which is linked to the North Sea by the Elbe river, has much to offer visitors – especially if you’re a music aficionado.

Hamburg’s rich sonic landscape stretches back centuries. It’s where Germany’s first public opera house, the Oper am Gänsemarkt, was built in 1678, making the art form – then largely the purview of nobility and aristocrats – accessible to anyone who could afford the price of admission. The Beatles also have a surprising connection with Hamburg. Legend has it that between 1960 and 1962, the budding band notched more performing hours in the city’s clubs than anywhere else in the world throughout their entire career. For the best experience, we suggest booking a contemporary room or suite at Fraser Suites Hamburg (above). Housed in a beautifully conserved 20th-century heritage building that was once the office of Hamburg’s tax authority, it ranks among Germany’s best serviced apartments. And thanks to its prime city-centre location, it provides an ideal base from which to explore Hamburg’s many live music venues.

From rock and roll to old-school jazz

With Hamburg featuring prominently in The Beatles lore, it only makes sense to tour some of the venues where they used to rock the night away. While certain outposts frequented by the band such as the Star Club have sadly closed their doors, Indra and Kaiserkeller (above) – both situated in the buzzing St. Pauli quarter – are still open for business.

If jazz is more up your alley, Hamburg has it in spades. There’s the well-frequented, decades-old Cotton Club in Grossneumarkt, an intimate basement jazz bar. Other than its house band, you can also catch a rotating slate of international guest performers. Order a couple of cocktails and spend the evening soaking up old-school jazz tunes. Do also check out Birdland (above), a historic jazz club in Gärtnerstrasse that was founded in 1985. Over the years, it has put up shows by big names such as Ray Brown, Chet Baker and Diana Krall. If you consider yourself a budding jazz musician, you can even participate in one of its jam sessions and make some live music of your own.

Classical tunes with a side of stunning architecture Not to be overlooked is Hamburg’s classical music scene, which you can drink in at the city’s gorgeous concert halls. Your first port of call should be the Elbphilharmonie (above), which is one of the world’s most acoustically advanced concert venues. Opened in 2017 on the banks of the Elbe river, it sports a striking façade consisting of shimmering curved glass panels atop an industrial brick structure.

Inside, you’ll discover three spacious concert venues: a grand concert hall with a towering pipe organ, a recital space and a studio. Experience a show by the NDR Elbphilharmonie Orchestra, which stages regular concerts with guest performers at their home base throughout the year.

Another must-see concert hall is the ornate Laeiszhalle, which opened in 1908 and has hosted notable composers including Igor Stravinsky, Richard Strauss and Sergei Prokofiev. Today, you can take in a performance by its resident orchestra, the Symphoniker Hamburg, while admiring the venue’s beautiful Neo-Baroque architecture.

If you’re visiting Hamburg during the warmer months, there are plenty of opportunities to enjoy great live music outdoors while basking in the sunshine. Stop by Stadtpark Open Air, a concert venue nestled within the verdant grounds of the city’s largest park. Ringed by lush beech hedges, this is where you can attend sold-out performances – previous headliners include Lady Gaga, Santana and Sting.

Another major facet of the city’s music scene is its music festivals, which are one of the best ways to experience summer in Hamburg. Each August, there’s the MS Dockville (above), a three-day extravaganza in the Wilhelmsburg district celebrating indie, pop and electronic genres. Besides the international and local acts performing on the main outdoor stage, you can experience a plethora of thought-provoking art installations on and around the festival grounds.

And in September, there’s the four-day Reeperbahn Festival, which is dedicated to club music. It has an impressive line-up of around 500 concerts by established and emerging artists held across different spaces, and also features art, film and literature events. Where to go for the world's best retro snacks What to see, eat and do in Frankfurt, Germany