#Frasercares - covid - 19
Your session has time out. You have been logged out due to inactivity. To continue, please sign in again.
member sign up | sign in
| LOGOUT
Now Reading:
5 Simple Recipes for Family Reunion Dishes Why it’s time to embark on a workation

The best ways to experience live music in Hamburg, Germany

Family reunion dinners are a highlight of any festive season, be it Chinese New Year, Easter, Christmas or the New Year. Not only a time of celebration and love, family reunions also come with a large helping of culture and tradition.

As we begin a new year, we’ve asked our teams around the world to tell us about the special reunion dishes they look forward to. They’ve also shared their best family reunion recipes, which you can try whipping up in the comfort of your serviced apartment.

With Australia Day fireworks lighting up the skies across the country on January 26, thousands will gather with their loved ones to enjoy the traditional Aussie meat pie. While the larger pies are a favourite at national day get-togethers, their smaller counterparts are a staple at Australian sporting matches. An old-school flaky pastry containing diced or minced Australian steak with gravy and sometimes onions, mushrooms and cheese, the humble meat pie is the epitome of Australian food and the cause of many a burnt tongue. The origins of this hearty reunion dinner dish date can be traced to the early settlers from Ireland and England, who brought their own versions of meat pies – such as Cornish pasties and steak and kidney pies. It was not until the early 20th century that meat pies were associated with Australian football. In 2003, it was described as a national dish by former New South Wales Premier, Bob Carr. Pro tip: How best to consume a meat pie is a common point of debate. Many swear by removing the pie lid, pouring in tomato ketchup and eating the meat first. Others prefer to put ketchup on top and enjoy meat and pastry together. Of the many traditions of Chinese New Year, the most important is enjoying a family reunion dinner on the eve of the occasion – an event known as nian ye fan. A common practice in several parts of Asia with just slight variations, a traditional steamboat or hotpot meal – where marinated meats and vegetables are cooked in a steaming broth or on a hot griddle – is a firm favourite across generations, especially in Singapore. “Hotpot brings everyone together, seated around the table, cooking the various ingredients as an activity,” says Victor Poo, Head Chef at Fraser Suites Singapore. Having watched his mother prepare hotpot since he was a child, Chef Victor says it’s the soup that makes all the difference. “You can get the best fresh ingredients from the wet markets – fish, pork bones and chicken feet – to boil your own soup stock,” he adds. To take the fun up a notch, get creative by making your own accompanying sauces and dips. Popular ones include a simple soy sauce, sesame oil and crushed garlic mix, and a more elaborate dip with chives, coriander, lime and chilli. Pro tip: Leave a spoonful of rice behind at the end of the hotpot meal. This symbolises that you will have an abundance to eat in your next meal to come.

As people around the world anticipate the stroke of midnight on New Year’s Eve, the custom of eating toshikoshi soba (year-crossing noodles) gets into full swing in Japan. Slurping up this dish before midnight is an important Japanese tradition that dates back more than 800 years. “Soba noodles roll out long and strong, representing long life,” explains Haru Fukuhara, Client Relations Executive at Fraser Residence Nankai, Osaka. Soba noodles are usually cooked with seaweed, bonito flakes, soy sauce and rice wine and then topped with leeks and shrimp tempura. In Japan’s food capital, Osaka, toshikoshi soba is cooked with herring instead – the same variety is served to guests and staff at Fraser Residence Nankai, Osaka. The noodles are eaten again on Shogatsu (New Year’s Day), where families come together for a special meal called osechi ryori, which includes toshikoshi soba, otoso (a spiced sake) and ozoni, a special soup containing mochi rice cakes. Osechi ryori is served in a jubako, which resembles a bento box. Pro tip: Eating toshikoshi soba at the stroke of midnight is considered bad luck, as it symbolises bringing all your trouble from the previous year into the next. Decked out in twinkling lights, with the scent of mulled wine and cinnamon filling the air, Hamburg is a magical city in which to experience the festive season. In many homes, the centrepiece of the Christmas Eve celebration is a traditional roast goose. “Hamburg gets very cold and dark in the winter months,” says Daniel Thompson, Head Chef at Fraser Suites Hamburg. “But you’re warmed by the lights of the Christmas markets and the rich, festive food like roast goose – crispy on the outside and juicy in the middle.” Chef Daniel says he has stuffed hundreds of geese since moving to Hamburg from the UK nine years ago, and it has become his favourite meal of the season. As goose isn’t served at any other time of the year in Germany, the mouth-watering aroma of the bird being roasted in the oven has become a highly anticipated event in many homes.

Pro tip: Preserve the goose lard, called ganseschmalz, from this meal. This coveted cooking fat makes a delicious bread spread and can be packed in jars to be gifted in January.

On 2 December each year, the United Arab Emirates celebrates National Day, which commemorates the unification of the seven emirates. It is one of the most highly anticipated holidays of the year and is marked with festivities, including feasting on traditional dishes such as machboos. Machboos comprises rice, meat, vegetables and spices cooked slowly together in one pot. The meat – usually lamb or chicken – may be prepared in one of three styles: mandi, where it is barbecued in a deep hole; mathbi, where it is grilled on flat stones; or madghut, where it is placed in a pressure cooker. “The best lamb to use is locally farmed and fresh, while the best spices come from Yemen – they add a depth of flavour and authenticity to the dish,” says Sohan Singh Negi, Chef De Partie at Fraser Suites Dubai. “Middle Eastern culture focuses on sharing meals with the people you love, as it’s believed to lead to a happier, healthier life. This holds true for a lot of other cultures here too, whether it’s sharing a big pizza, a pot of biryani or machboos,” he adds. Pro tip: Traditionally, this dish is eaten together with family or friends from one large plate. Mint-infused red tea is usually served after the meal, which aids digestion. 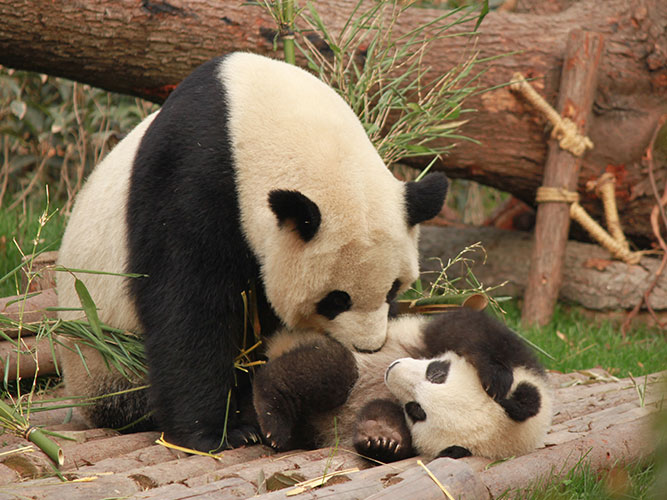