Missed the chance to catch Vivid Sydney? Don’t fret! With plenty more light festivals around the world, there’s bound to be one for you.

From the fiery Las Fallas in Spain to the scenic Great Wisteria Festival in Tokyo, here are the top 20 spectacular light festivals you need to visit in this lifetime.

A light festival where art, technology and commerce converge. This is an annual outdoor light festival with featured performances from local and international musicians, along with public talks from the creative thinkers. As the city transforms into another magical world, you’ll see the Sydney Opera House and others light up in the evening.

What to expect: Large-scale illuminations, laser light shows and 3D mapping projections with series of immersive light art sculptures on trails through waterside precincts of the Royal Botanic Garden, Darling Harbour and beyond.

When: Every May – June for 23 days
Where: Sydney, Australia

A winter festival of light, art and water in the historical centre of Amsterdam, this is where you’ll see mundane canals in the city come to life, with the clever use of water reflections as mirrors to amplify its effect. Best enjoyed from the canal boats along the festival route.

What to expect: Walking tours or a 75-minute canal boat ride will be available along the festival route, with lighted sculptures and installations suspended over the river, as created by renowned international artists, designers and architects.

When: Every November – January
Where: Amsterdam, Netherlands

For 10 days, the Festival of Lights transforms iconic landmarks such as the Brandenburg Gate and Berlin Cathedral with colourful washes of lights and 3D mapping on its facade. The festival also includes various art and music performances, along with photography workshops.

What to expect: Creative projections of lights and designs onto building facades at various locations, which can be explored by bus, boat, bike taxi, limousine or horse carriage.

When: Every October
Where: Berlin, Germany

It’s a premier water lantern festival which aims to provide a memorable experience for everyone yet helps to conserve the environment at the same time. All lanterns will be collected and removed from the water after the event.

What to expect: Food trucks and live music performances, followed by a session of Design Your Own Lantern before it is launched into the waters in the evening.

A biennial light festival held in Frankfurt since 2002, it was founded as a supporting platform for Light + Building, the world’s leading trade fair for lighting and building technology. Through the festival, questions and solutions on urban development are explored with the use of light and art through lectures and talks.

What to expect: Light installations, lectures and symposium

When: Biennially in March
Where: Frankfurt, Germany

One of the most beloved Spring flowers in Japan, the 150-year-old Great Wisteria takes centre stage at this light festival. You get to witness the beautiful blooming season of Japan in the evening, with lighted displays on Wisteria trees in the evening spanning across 1,000sqm and 500 Azaleas in full bloom within the park.

What to expect: Light installations and an 80m-long tunnel created by white Kibana wisteria.

When: Every April – May
Where: Ashikaga, Japan

A festival with roots in the folklore culture of Japan, this evolved out of traditional Shinto ceremonies such as Tanabata. Held across Aomori, a city in Japan, this is a summer festival and parade with large-scale floats built from painted washi paper over wireframes, flanked by 10-20 taiko drums, musicians and dancers in each.

What to expect: Enormous glowing floats (up to 9m in height) with lively details of Japanese gods and mythological beings on it.

When: Every August
Where: Aomori, Japan

Guy Fawkes Night is the only festival in the world that celebrates the failed attempted of a domestic terrorist to blow up the Houses of Parliament, with bonfires marked all across the UK.

What to expect: Nights of bonfire with elaborately themed floats, decked and illuminated with light bulbs.

When: Every November
Where: England, UK

Started since 2015, the Macao Light Festival delights its visitors with a thematic visual spectacle each year, weaving in the rich and unique heritage of Macao at each of the locations of the light installations. You’ll also find interactive light installations that encourage participation and a festival game app, taking everyone on a fully immersive journey of story-telling that is uniquely Macao.

When: Every December
Where: Macao, China

Originating from the Latin word fax, which means “torch”, the festival involves setting things on fire. Giant inots (puppets or dolls) are built out of cardboard, wood, paper mâché and plaster, which are then burnt to the ground at the stroke of midnight.

What to expect: Fireworks, displays being burnt, lots of sangria and dancing in the streets.

When: Every March
Where: Valencia, Spain

Partly inspired by the Fête des Lumières in Lyon, the Lumiere Festival provides an immersive experience of ground-breaking performance arts in public spaces, with light installations around the city, as transformed by various international artists.

What to expect: Reimagined architecture and streets of London, along with light installations along the north and south of river Thames.

This is a light festival which celebrates the historic beginnings of Virgin Mary. Since then, it has evolved to be an outstanding urban event that continues to celebrate the lighting of the city. Download their handy festival app for programme details with an interactive map to guide you through the various highlights and events.

What to expect: Very much like Deepavali, you’ll find candles placed outside the windows of every house during this festival. You’ll also find 3D mappings and light installations around the city.

When: Every December
Where: Lyon, France

A large-scale festival of art installations made with light, held in the City of Eindhoven each year. A Glow route is pathed out and a glow map is available for purchase by locals and tourists as well.

What to expect: Light installations by international and local artists, with 20-30 projects on display each year.

When: Every November
Where: Eindhoven, Netherlands

Iconic buildings in Russia such as the Bolshoi Theatre and the Moscow State University are transformed into canvases for the colourful video projections of audio-visual art by designers from all around the world. An educational programme runs concurrently during the festival, where world-class lighting designers convene at lectures and workshops.

What to expect: Audio-visual projections, light installations, lectures and workshops.

When: Every September
Where: Moscow, Russia

Deepavali, also known as Diwali, is the festival of light that is celebrated by millions of Hindus, Sikhs and Jains around the world. It coincides with the Hindu New Year, marking the new beginnings and the triumph of good over evil and light over darkness. The celebrations might be exciting in New Delhi but nothing compares to the sounds of special street parties with fireworks and sights of iconic buildings illuminated in the Pink City of Jaipur.

What to expect: Annual competition for the best-dressed market will see stalls creatively decorated with multi-coloured lights.

When: Every November
Where: Jaipur, India. Also widely celebrated in most Southeast Asian countries.

A festival of the Jews, it is celebrated over 8 days anywhere between the end of November and December, beginning with the lighting of Menorah (a candle holder with eight candles). It commemorates the rededication of the Holy Temple in Jerusalem during the Maccabean Revolt in 2nd Century BCE.

What to expect: Festivities in the old City of Jerusalem, with different designs of Menorahs on display. Relay race of torch-bearers from the city of Modi’in in the Judean Hills to the Western Wall.

When: Every December
Where: Israel. Also widely celebrated in Myanmar, Iran and more.

A festival that celebrates with floating Pingxi lanterns, what was once used as an indicator that a town is safe.

What to expect: Many stalls with lanterns where you can write your personalised messages on, before it is lit up and sent into the sky collectively from 6.30pm (happens three times per hour until 9.30pm).

The Autumn Festival of Lights happens each year during winter, where sunlight is scarce. Since 2014, this has been a major showcase of light arts and music installation, with panoramic 3D mappings on display across façades of the General Staff Building and more.

When: Every November
Where: Saint Petersburg, Russia

Special lotus-shaped baskets are lit up and released into the river, as a symbol of letting go, marking the end of the rainy season each year. Visit Tak for the most unique krathongs (flower baskets) made from coconut shells and floats or Chiang Mai for a visual feast, both in the rivers and the skies, as the festival also coincides with Yi Peng (lantern) Festival. It’s a long car/bus ride (5-7 hours) from Bangkok to Tak, but the journey is worth it.

What to expect: Crowds will gather by the river as they light up their beautifully decorated baskets before releasing them to the water. There will also be traditional Thai dance shows.

When: Every February
Where: Tak, Thailand

Once known as the Chinese Valentine’s Day in the past, the Chinese Lantern Festival marks the end of the Chinese New Year celebrations each year, over a game of lantern riddles and tangyuan (a glutinous rice dumpling with fillings) feasting. The main streets are filled with giant homemade fireworks, made of bamboo and loaded with gunpowder. Be sure to visit the most boisterous celebration in Taijiang, Guizhou, as paper dragons parade the street, blessing each household they visit.

What to expect: A joyous and explosive experience as fireworks are lit and directed at dragons.

When: Every 15th of the first lunar month
Where: Guizhou, China. Also widely celebrated in most Southeast Asian countries.

Do you have a favourite light festival that should have been on our list? Share them with us in the comments below or check out our other Top 20 listicles! 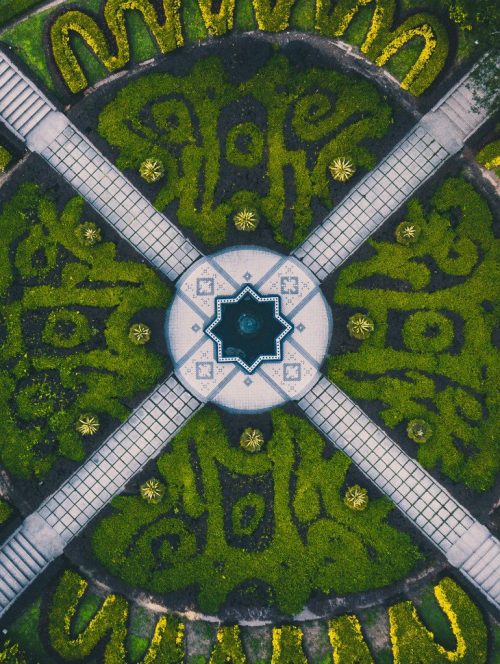 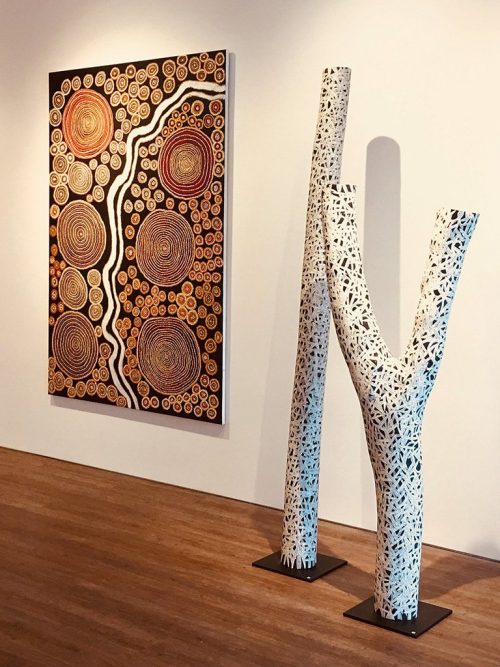