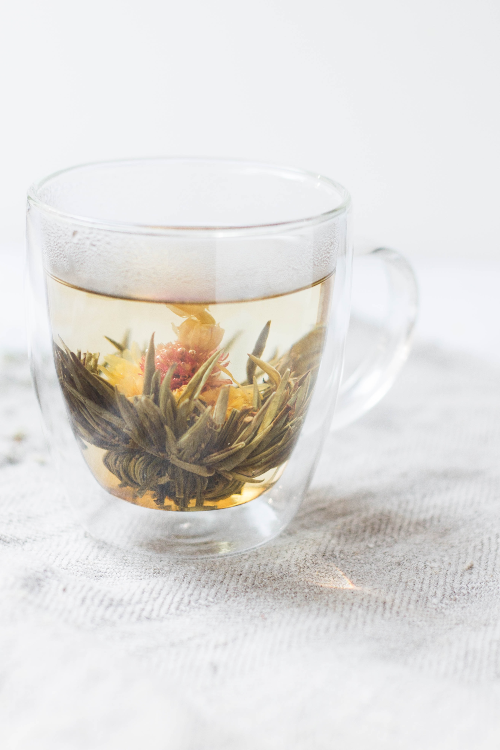 Almost every culture has its own unique history with the world’s most widely consumed beverage (aside from water) and many have distinct preferences and rituals surrounding its consumption. Here are some tales of tea around the world:

Established in Japanese culture since the 16th century, the formal tea ceremony or Chanoyu (literally ‘hot water for tea’) is a form of spiritual art where each step is intricately choreographed, even down to how tea drinkers should position their fingers.

Special tea utensils (including caddies, pouches, cloths, whisks, scoops, kettles and bowls) are often exquisitely made, with some antique examples becoming sought-after museum pieces. Even building the fire on which to boil the water is an important part of the process – arranging the ashes on which charcoal is placed, for instance, can take hours before it’s built up into an appropriately sculptural pile.

The actual steps are straightforward: guests take a garden path into a portico, enter upon hearing the tea master’s gong, wash in a side room, and then kneel down in a small tearoom that holds a simple painting or a flower arrangement. The tea master uses special tools to clean the tea bowls before boiling a pot of water and serving guests a sweet snack. He or she then whisks the powdered matcha (green tea) and water together to make a frothy drink. Tea drinkers enjoy the art or flowers and the sweets before slurping (and we mean slurping) from a shared bowl.

Because each step is so highly ritualised, learning the proper techniques to host a ceremony can take years. It’s both an art form and an expression of Buddhist practice, based on instilling a reverence for nature and attempting to create a perfect moment in time.

China is the birthplace of tea. According to myth, the brew was ‘discovered’ around 2737 BC, when a camellia blossom drifted into a cup of boiled water being drunk by Emperor Shen Nung.

But most scholars place more credence on a reference to the brew found in Erh Ya, a Chinese dictionary that dates back to circa 350 BC.

What differentiates the Chinese tea ceremony from its Japanese counterpart is its focus on the tea, rather than the ritual. Each step is meant to be a sensory exploration, an appreciation of the tea’s smell and taste – how one kind of tea tastes compared to the previous kind tried, for example, and how that taste develops over successive rounds of drinking.

Loose tea leaves are placed inside with chopsticks and hot spring water from a glass kettle is poured on top until the water overflows. Different leaves require different water temperatures to enhance their flavours. Once the water has been quickly drained away, more is poured into the pot and this time the tea steeps for less than a minute before it is poured evenly into each cup – ready to enjoy.

The famous British ritual of afternoon tea is said to have been ‘invented’ in the early nineteenth century by Anna, the 7th Duchess of Bedford.

In those days the British had two main meals: a hearty breakfast of ale, bread and beef, taken at nine or ten o’clock in the morning, and dinner, which was not until eight or nine o’clock at night. By four o’clock the Duchess, and no doubt others too, felt a little peckish, and so she began asking her maid to serve some tea and light refreshment in her rooms. The Duchess was so pleased with her new arrangement that she invited her friends to join her, and soon all of London’s elegant society was sipping tea, nibbling dainty crustless sandwiches, scones and sponge cake and gossiping about people and places.

This afternoon, or ‘low’ tea ritual is not to be confused with the ‘high’ tea, a hearty meal traditionally taken by ordinary British folk later in the day, at around five or six o’clock.

The names derive from the height of the tables used – the dining tables people sat at while taking their early evening meal were tall in comparison to the low, delicate tables at which the gentry took their lighter, more formal snack.

Masala chai has been a popular beverage on the Indian subcontinent for nearly 3,000 years. This hot, comforting brew is made from locally-grown black tea with a unique blend of spices – typically cinnamon, ginger, nutmeg, cloves, cardamom and pepper – although the recipe varies from region to region.

Even in rapidly modernising India today, village streets and city bylane are dotted with tea stalls where enterprising young ‘chai wallahs’ brew up using kettles and brass pots and mixing the resultant drink with buffalo milk and sugar. Busy shoppers stop at teeming bazaars and crowded railway platforms for a quick pickme-up, served in little earthenware cups that are thrown away after use.

Despite India’s long relationship with tea, however, it wasn’t cultivated commercially until the British arrived in the early nineteenth century. The East India Company converted large tracts of land in Assam in the northeast and Darjeeling in the foothills of the Himalayas for mass cultivation and today, India is one of the largest tea producers in the world.

All tea comes from just one plant, the Camellia sinensis. Yet each variety has its own unique taste and its own complex array of processing techniques – rather like cheese, or wine.

Black
Black tea production is largely concentrated in the mountainous areas of India, Sri Lanka, Malaysia and Kenya. Withering, rolling, oxidising and then drying the fresh leaves creates a strongly pronounced tannin flavour, which makes black tea a good match for full-bodied foods such as red meats and spicy curries.

Oolong
This tea’s flavour is highly complex, with a bouquet that ranges, experts say, from apricot to spice. Chinese and Taiwanese tea makers create the flavours by tossing, bruising and roasting the leaves – green oolongs go well with seafood and sweeter main courses, while darker oolongs are a good match for stronger flavoured dishes such as red meats or duck.

Green
Green tea comes from leaves harvested in early spring, when the first flush of warm weather brings dormant nutrients to life. The leaves stay green because the processing is kept to a minimum, so oxidation is prevented. The tea’s smooth, slightly astringent flavour pairs up well with Thai and Korean foods – both savoury and spicy.

White
Not oxidised or rolled, but simply withered and dried by steaming, this is the least processed kind of tea. A slow drying gives white teas their characteristic ‘fluffy’ look and enhances their mellow taste. Pair with only the mildest of flavours, such as basmati rice.

Pu-erh
According to legend, the unmistakeable fermented, bitter flavour of pu-erh tea was first created along the ancient Tea Horse Road connecting China and Tibet. Now gaining popularity in the West as well as the East, pu-erh is known for its digestive benefits. It’s not only a good match for meats and oily foods, it can also offer a welcome settling effect after large, multi-course celebrations.