What's On in Glasgow This June - A List of Major Events 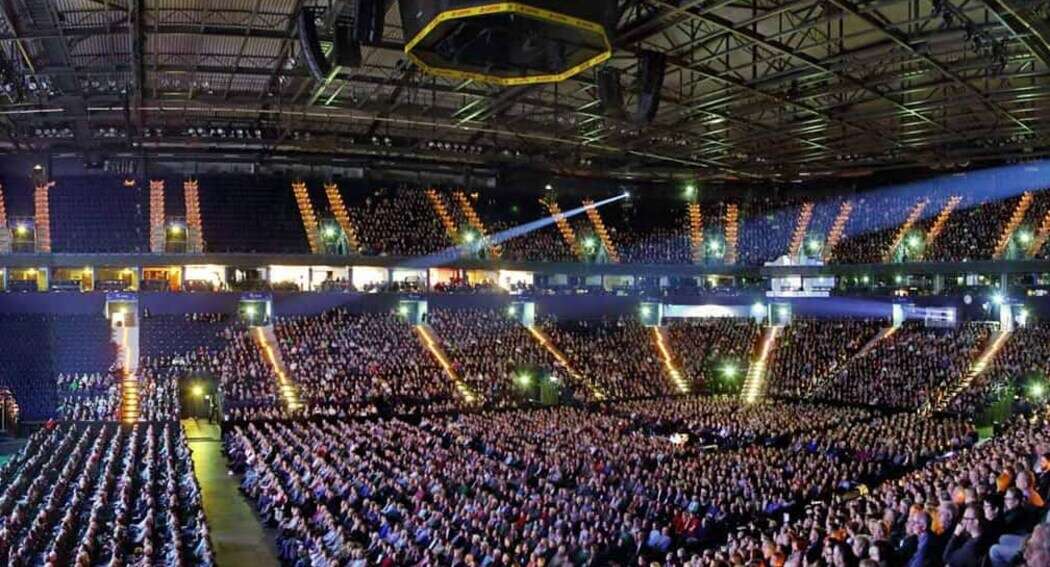 Top Things to Do in Glasgow in July 2019

What's On in Glasgow This June - A List of Major Events

Glasgow in the summer is an incredible place to be. With the sun (hopefully) shining and the nights getting a little longer, you’d be hard pressed to find a better spot for a big night out.

If you’re visiting the city in June and wondering what’s going on, Fraser Suites Glasgow has you covered with our list of events taking place this June in some of Glasgow’s best venues including the SSE Hydro, SEC, SWG3 and Royal Concert Hall.

Major Events in Glasgow in June

Did any of the events spark your interest? If so, find more details on each of the individual events below.

What’s on in Glasgow in June

Dance pioneers Orbital take to the stage at one of Glasgow's trendiest venues for an evening of open-air trance and house.

What better way to kick off the weekend than a spot of home renovation? This exhibition will be perfect for anyone in the middle of building or doing up their home.

With politics in the news seemingly every day and the buzz of "fake news", the role of the news media is becoming more important than ever. This event is a forum for those in the business to talk about issues relating to the free press and the current climate

Crazy to think it's been 20 years since they first burst on the pop scene, but now Westlife are back for a run of shows at the Hydro. Expect a two-hour sing along to pop classics like Say It All Over, Mandy & Fool Again.

What a comeback Sean Paul has had in recent years. Expect the show to Get Busy as one of Jamaica's greatest exports raises the Temperature with his surprisingly big back catalogue, including songs you won't have heard in years.

The Stereophonics frontman is hitting the road for a quick solo tour around the UK, with a stop at the prestigious Royal Concert Hall. He'll be playing a mixture of Stereophonics classic and his own songs.

To give it its full name, the annual conference for The European Society for Paediatric Gastroenterology Hepatology and Nutrition sees doctors from across Europe visit Glasgow to hear about breakthroughs in research and network with peers.

Touring off the back of their second album For Ever, multi-talented Jungle are kicking off the weekend early with a Thursday night show outdoors at Galvanizers Yard. A must for indie fans.

Luckily Kaiser Chiefs avoided having to predict a riot with this rescheduled gig, originally meant to take place in January. And because it's The Barras, it's going to be a loud and sweaty one.

When he's not too busy cooking up songs with The Last Shadow Puppets, Miles Kane is belting out anthems in his own right. This gig in particular we reckon will be a classic Glasgow night out.

Did you know that the British Navy used to give sailors daily ration of rum to keep them in good spirits? We think everyone's going to be the same way in the gorgeous Briggait building at the 2nd annual Rum Festival, with over 100 different rums to choose from.

Scotland aren't always the best when it comes to qualifying for the Euros, and this match at Hampden could be a repeat of recent games. Fingers crossed they can pull it out of the bag though.

Some very lucky folk are getting to spend Saturday night listening to Doves in the outdoors Here's hoping the sun shines all day and the evening is ideal for seeing the band.

Ministry of Sound (The Annual Classic)

It's surprising just how popular classical dance shows (if that's the right term to use?) have become. If you love dance music, but can't get into classical, this concert is a must.

We always forget how much work takes place not too far from these shores. This conference helps those in the industry learn about new technologies, get a chance to network and promote co-operation.

What has 88 keys and plays Ed Sheeran, Frozen, David Guetta and One Direction? The Piano Guys take a unique approach, spinning some of the biggest songs in pop around and changing them into classical compositions.

Going on 20 years now, Taking Back Sunday are still one of the most recognisable names in post-hardcore/emo music. Expect a loud show when they take to the stage at The Barrowlands Ballroom.

Backstreet's back, all right? We can already hear the screaming fans going crazy for one of the world's biggest ever boy bands making a rare visit to Glasgow.

The annual conference for anyone in the gastro field, the three-day conference is a mixture of presentations and networking opportunities.

Arguably the biggest indie band in the UK (if not the world) right now, Foals play a sold-out show as they start touring fresh off the release of Everything Not Saved Will Be Lost – Part 1 - their first of two albums this year.

One of the hidden gems in the event calendar this month, the five day Jazz festival is now in its 33rd year, with renowned Jazz musicians from around the world playing in venues around the city.

You'll want to Dance The Night Away with a special show from the Mavericks. Celebrating 30 years together, expect a lot of brass.

With over 16 million streams of his songs every month on Spotify, Alesso is undoubtedly one of the biggest names in dance. His gig at Galvanizers is going to turn an average Thursday into one big party.

Worth going just for the possibility we might play Me and Bobby McGee, Kris Kristofferson is a stalwart of the country music scene, and getting to see him in a venue like the Royal Concert Hall is a must for any country music fan.

Being one of the biggest names in pop is a tough job, but staying up there for 20 years now, P!nk has carved out her own place with hit after hit for years. This tour sees her playing her biggest show in Scotland ever, and she's known for giving it her everything.

With so many events this month, a soothing Monday evening with some operatics seems ideal. Coming a long way from their first album all the way back in 2004, Il Divo are still one of the top names in opera.

Safe to say it's the trendiest gig in the city, Mac DeMarco plays at one of the city's most unique venues for a great midweek treat. We just hope the rain holds off.

The second country legend to visit Glasgow within a week, Sheryl Crow will be performing all her classic country hits and charming the audience with another fantastic performance.

Nothing like a bit of Southern rock to tail end the month. Going strong since 1964, Lynyrd Skynyrd are making sure Glasgow is ready to rock; so much so, they're bringing along Status Quo to support

Walk by Forbidden Planet on Buchanan Street every Saturday, and you'll know how much people in this city love their comics. The Glasgow Comic Con will have over 150 exhibitors for comic book fans to rip in to, without tearing the pages of course.

Want to know how to get to some of Glasgow’s venues from Fraser Suites Glasgow?

It’s easy with this travel information helping get you there in no time at all.

Subway: No direct link as the subway line doesn’t run by the venue.

Walk: A short 15 minute walk through Merchant City and straight up Buchanan Street (you can walk up North Hanover street or North Frederick Street, but they are steep)

Train: You can take a train from High Street Station or Argyle Street Station going west towards Partick Station, with a 10-minute walk to the venue.

Subway: Walking to St. Enoch Station, you can take the Inner Circle to Partick Station, with a 10-minute walk to the venue.

Taxi/Uber: Average journey time of 15 minutes through town or via the M8.

Walk: Roughly 2.5 miles, walking in pretty much a straight path from Merchant City to the West End, via trendy Finnieston.

Accommodation Near the Events

Don’t forget; if you need luxury accommodation right in the heart of the city, book with Fraser Suites to make this visit even more memorable.

Whether you’re here for a gig or coming along to a conference, we have you covered.