#Frasercares - covid - 19
Your session has time out. You have been logged out due to inactivity. To continue, please sign in again.
member sign up | sign in
| LOGOUT
Now Reading:
What to do in London with Kids

What to do in London with Kids 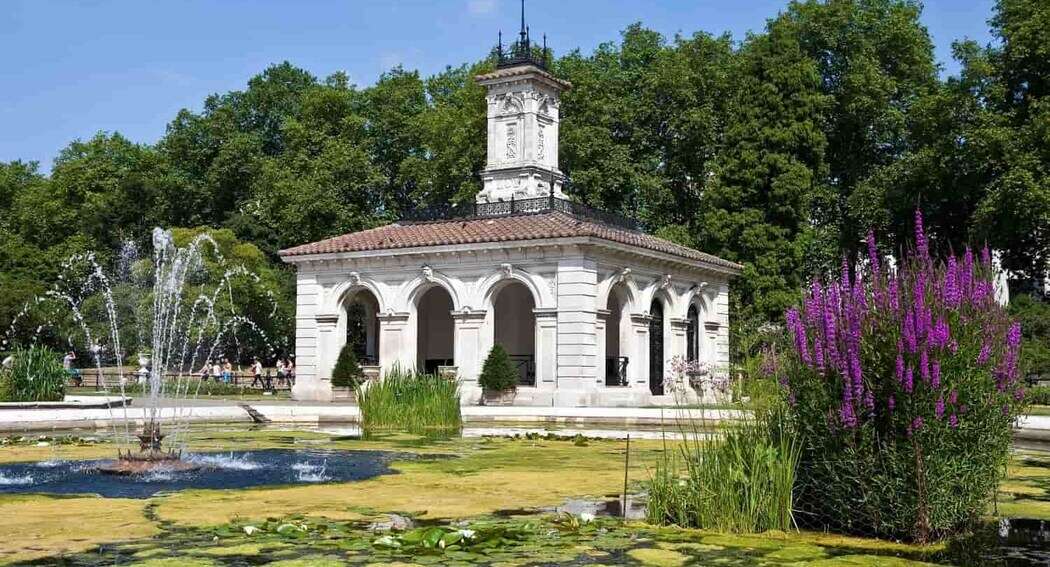 A Guide on things to do in Kensington, London What to do in London with Kids

London is a surprisingly family-friendly city with lots for children of all ages. There's plenty of outdoor space for running around and letting off steam as 47% of London is green space.

The Royal Parks are all well-maintained and great for freedom. Hyde Park and Kensington Gardens are side by side so you could walk from the end of Oxford Street to Notting Hill within the parks. Look out for the Peter Pan Statue and stop at the Diana Memorial Playground for a really safe and exciting free playground. The huge pirate ship is always popular!

Changing of the Guard

St James's Park and Green Park are next to Buckingham Palace so perfect for a picnic after watching the Changing of the Guard. St. James's Park has pelicans and you can see them being fed at 2.30pm every day.

The Regent's Park has formal flower gardens, a boating lake, an open air theatre in the summer and the park goes right up to ZSL London Zoo so you can see some of the animals from the park. ZSL London Zoo is always a hit with the kids and under 3s go free making it a good choice for younger members of the family.

Greenwich Park is part of the Greenwich Maritime World Heritage Site which includes the National Maritime Museum, The Queen's House and The Old Royal Naval College which are all free to visit.

Up on the hill is The Royal Observatory alongside Flamsteed House. Watch the large red time ball move up the pole at 12.55pm every day and then drop at exactly 1pm. This was a signal to passing ships to let them know the time.

Down by the river Thames in Greenwich is the Cutty Sark, the last surviving tea clipper, and The Discover Greenwich Visitor Centre which has free activities for all.

Back in central London it's good to watch one of the annual parades. Some of the best ones for families include the New Year's Day Parade on 1 January, Chinese New Year in January or February, and the St Patrick's Day Parade in March. There are also many cultural events in Trafalgar Square including music, food and theatre.

And if you need to hit the shops, Hamleys toy store is on Regent Street and teens love the boutiques at nearby Carnaby Street.

If your kids love Ancient Egypt and want to see real mummies then the British Museum is the place to go. As well as the popular mummies, look out for the Easter Island statue as if you have seen the Night in the Museum films it's hard to resist the line "Dumb dumb, you give me gum gum!" when you see it!

When the kids need time to run around again, near to the British Museum is Coram's Fields - a wonderful central London playground and city farm. There's also a cafe if you need a coffee while the kids are safe to play as no adults can enter without a child.

Take a trip on the DLR (Docklands Light Railway) and you can get a seat right at the front as these are driverless trains. (They are included on a standard London Transport travelcard or Oyster card along with tubes, buses and some trains.)

Your best reason for taking the kids to the docklands is to enjoy the free Museum of London Docklands as it has a lovely indoor play area for children called Mudlarks with soft play for the babies, water play for the pre-schoolers and building fun for everyone.

Also in east London is the Queen Elizabeth Olympic Park. There's the Tumbling Bay playground in the north of the park with sand pits and the chance to climb through the trees, and the south of the park has the climbing wall and fountains to play in. There's also the London Aquatic Centre where you can swim in the London 2012 Olympics swimming pool.

Over in west London, Kew Gardens is a great day out too. The free Discovery Map is worth following to let the kids lead - and to ensure they don't dash straight into the Climbers and Creepers (the indoor play space) and not come out!

There's all this and more in London and we haven't even mentioned the ever popular South Kensington museums: Natural History Museum (a.k.a. dinosaur museum), The Science Museum and The V&A.

Fraser Suites Kensington offers family accommodation in the heart of Kensington, London.  When choosing either a Two Bedroom or Three Bedroom apartments, you will feel at home and will be ideal for your extended stay in the Capital. Choose our Special Offers and see you soon!

Laura Porter writes the About.com London Travel site and contributes to many other publications while sustaining an afternoon tea addiction to rival that of our Queen. You can find Laura on twitter as @AboutLondon and on Facebook as @AboutLondonLaura.