#Frasercares - covid - 19
Your session has time out. You have been logged out due to inactivity. To continue, please sign in again.
member sign up | sign in
| LOGOUT
Now Reading:
The Best of Bread: Unique Sandwiches From 7 Cities When the 4th Earl of Sandwich ordered something convenient to scoff down while playing cards, little did he know that he would lend his name to one of the most versatile foods in history.

The sandwich can be a snack or a whole meal; homemade or fancy. It is also one of the easiest to make yourself when you’re in a serviced apartment with its own kitchen, especially when the ingredients needed are easily available at a nearby supermarket or convenience store.

Even if you’re not able to get your hands on these cities’ sandwiches, have a taste of the best bread wherever you are in just a few easy steps.

The katsu sando is a Japanese classic comprising two pieces of fluffy white Japanese milk bread hugging a juicy meat cutlet tightly. The sandwich can be said to be a Japanese version of the schnitzel and evolved from tonkatsu, which was invented during the Meiji Restoration when Japan opened up and adopted Western influences. It was during this period that the emperor ended the 1,200-year ban on eating meat and heralded a new and carnivorous era for Japanese cuisine.

A true katsu sando should be neat and uniform like sushi, each mouthful a harmony of flavours and textures – salty, sweet and tart, meaty, crunchy and soft.

Find it in Tokyo: Tonkatsu Maisen is a popular katsu sando chain in Tokyo, which has been serving up the Japan’s best bread for more than 50 years. For beef lovers, head to Wagyumafia’s Cutlet Sandwich shop in the Nakameguro district for its ultra-luxe US$180 katsu sando made with Kobe beef chateaubriand.

Make it yourself at Fraser Suites Akasaka: First deep-fry the cutlet – usually pork – with panko bread crumbs, then cover with fruity tonkatsu sauce. Then top the cutlet with shredded cabbage before introducing it to its soft milk bread companions. Vietnam’s legendary banh mi was invented in the 1950s, when the country was divided into North Vietnam and South Vietnam.

But the origins of the sandwich go back much earlier to 1859, when French colonists arrived in Vietnam and began importing European ingredients such as sauces and pates. During World War I, the authorities seized German-owned import companies and their warehouses full of French perishables were sold off cheaply to the Vietnamese. This was how French ingredients first found their way into Vietnam’s culinary history.

Find it in Ho Chi Minh City: Banh Mi Hoa Ma in District 3 is one of the oldest and most popular banh mi carts. Get the best bread in the city from 5am to 10am daily. Alternatively. Banh Nam in District 1 offers a modern take on the sandwich – there’s even a vegan option with vegan pate.

Make it yourself at Capri by Fraser, Ho Chi Minh City / Vietnam: From studio to two-bedroom apartments, take your pick from a cosy kitchenette to the luxury of a fully furnished kitchen. Wrap all the ingredients and 160 years of history into a crisp baguette to enjoy its famously unique combination of sweet, savoury, tangy and spicy flavours. Guests can also take a leaf from the extensive menu at Caprilicious restaurant and speak to our chef for some cooking tips! Croque monsieur literally means “mister crunch” and it first appeared on a menu in Paris in 1910. This ham and cheese combo took top honours as the best bread in 1918 when it was famously mentioned in Marcel Proust’s literary masterpiece In Search of Lost Time.

Typically eaten with a knife and fork, it also has a female equivalent called the Croque Madame, which is topped with a fried egg.

Find it in Paris: Possibly the best croque monsieur in Paris is to be found at the famous Cafe Les Deux Magots in Saint Germain. This quintessentially Parisian cafe makes the best bread. Opened in 1873, it was once the meeting place for literary luminaries like Ernest Hemingway and Jean-Paul Sartre.

Make it yourself at Fraser Suites Le Claridge Champs-Elysées: The French may have elevated the humble grilled cheese sandwich to gourmet status but this crunchy meal is easier to make than it looks. Making use of your kitchenette, just stuff French cheese like gruyere or comte and baked ham into sweet brioche bread. Layer more cheese on top, and if you like, add homemade or store-bought bechamel cheese sauce. Then bake or fry until the edges are crisp.

Jianbing is one of China’s most popular grab-and-go breakfasts today. Legend has it that it originated in Shandong province in 220 AD when the army, under the command of the famed Zhuge Liang, lost all its woks. So the accomplished strategist ordered his men to hold their shields over an open flame and use it to cook pancake batter with a handful of other ingredients. Jianbing was thus invented and it fuelled the hungry soldiers to victory.

Today, Jianbing fills the stomachs of famished Shanghainese every morning. Jianbing stalls typically open around 6am and each pancake is meticulously layered with an egg, chopped scallions, pickled mustard greens and cilantro, sweet soya bean paste and a piece of crispy wonton wrapper – an addition that is typical of food from Shandong. Although not technically a sandwich, it’s eaten in much the same way.

Thanks to the trend for global street food, Jianbing has since found its way outside China to New York City, Los Angeles and London. But perhaps the best place to eat it is on the streets of Shanghai during morning rush hour.

Find it in Shanghai: Look for Jianbing street food carts outside subway stations early in the morning, and choose the one with the longest line. Or try Hele Refreshment Stand in Xiangyang Road, a second-generation Jianbing stall widely regarded as the best bread.

Make it yourself at Fraser Residence Shanghai: Not far from Xiangyang Road is Fraser Residence Shanghai, a tranquil sanctuary with fully equipped kitchens in each apartment. To create your personal Jianbing, first pour the batter into a skillet to make a thin crepe, then spread the egg evenly on top, followed by the vegetables. Add the wonton wrap and sweet sauce before folding the pancake.

The lampredotto – panino con il lampredotto in full – is the quintessential Tuscan street food sandwich and it can be found almost everywhere in Florence.  Once considered peasant food, Italy’s best bread can now be found all over the city today from food carts, serving both locals and tourists.

Sniff out the fragrant lampredotto broth to find it, or just follow the sound of church bells in Giotto’s bell tower to the piazza at the Cathedral of Santa Maria del Fiore. To order like a local, choose to have your bread roll bagnato, which means dipped in broth.

Find it in Florence: You can find lampredotto at tourist traps, or you can go to where the locals enjoy the best bread, at Lupen e Margo near the San Lorenzo market on the corner of via dell’Ariento and via Sant’Antonino. Here you’ll find a food cart operated by Beatrice Trambusti’s family since 1872.

Make it yourself: Take tripe – one of a cow’s four stomachs – and slow cook it in a vegetable broth preferably made with carrot, celery, tomato puree and onion. Stuff it into a bun before topping with some tangy salsa verde sauce to complete this robust delicacy. Some claim the Reuben was invented in New York City in 1914 by Arnold Reuben, a delicatessen owner on Broadway who created it for one of Charlie Chaplin’s leading ladies.

Others say it was invented by Reuben Kulakofsky, a Jewish Lithuanian grocer living in the city of Omaha, in the state of Nebraska, who created the dish for late-night poker games at the Blackstone Hotel in 1925. Apparently, the sandwich was such a hit that the hotel put it on the menu as its best bread.

Find it in New York: Which version of events seems likely is really up to the individual. But if you’re in New York, try the Big Apple’s best bread at Katz’s Delicatessen in Manhattan. If you’re in Omaha, the classic Reuben is on the menu at the Crescent Moon Ale House, a few steps away from the Blackstone Hotel.

Make it yourself: Assemble the Reuben with cheese, corned beef and sauerkraut on buttered bread, then place on the pan to cook until the cheese melts and the bread is golden. Drizzle with dressing and pair with potato crisps for the best bread you will enjoy in the United States. While not native to Qatar, halloumi cheese is a Middle Eastern product, which originated from the island of Cyprus. Made from a mixture of goat’s and sheep’s milk, it is typically served fried or grilled and is a popular substitute for meat among vegetarians.

While the cheese has grown popular in Europe and the United States, it continues to be a common ingredient in Middle Eastern cuisine. Add some spices like za’atar and you’re good to go!

Find it in Doha: While delicious, Halloumi is actually high in saturated fat and salt. For a healthier option, Diet Cafe serves up healthier versions using low-fat cheese and homemade ciabatta. Choose from the diet portion or healthy portion which are under 300kcal and 500 kcal respectively! The unique F&B concept also offers nutritional consultations, nutrition plans and catering services – perfect for the health-conscious.

Make it yourself in Fraser Suites Doha: At Fraser Suites Doha, the executive rooms and studios, as well as one-bedroom and family suites, all come with kitchenettes or full-sized kitchens where you can comfortably try this recipe. Brown thin slices of halloumi in a pan with some olive oil and sprinkle za’atar spices over. Fry up the tomatoes, olives and onions and grill eggplant slices, seasoning with salt and pepper. Slice into the ciabatta and layer halloumi cheese, eggplant, tomatoes, onion and olives. Finish with arugula and a drizzle of olive oil. Or if you prefer, pick something you fancy from the comprehensive menu of The Dining Room restaurant.

On the lookout for more food? Then you will love exploring these 11 must-visit markets around the world. It’s easy if you plan your trip to these gourmet wonderlands from convenient Fraser properties in Tokyo, Bangkok, Istanbul, Barcelona, Paris and London. 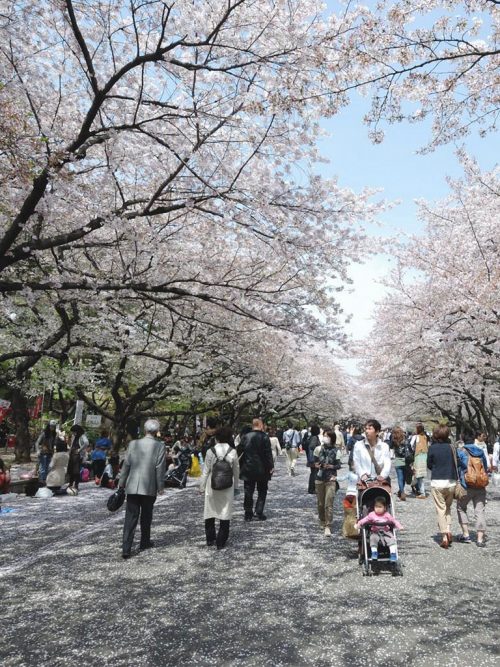 Here's how choosing a serviced apartment can benefit you