#Frasercares - covid - 19
Your session has time out. You have been logged out due to inactivity. To continue, please sign in again.
member sign up | sign in
| LOGOUT
Now Reading:
Discover Akasaka, Tokyo’s Upscale Neighbourhood 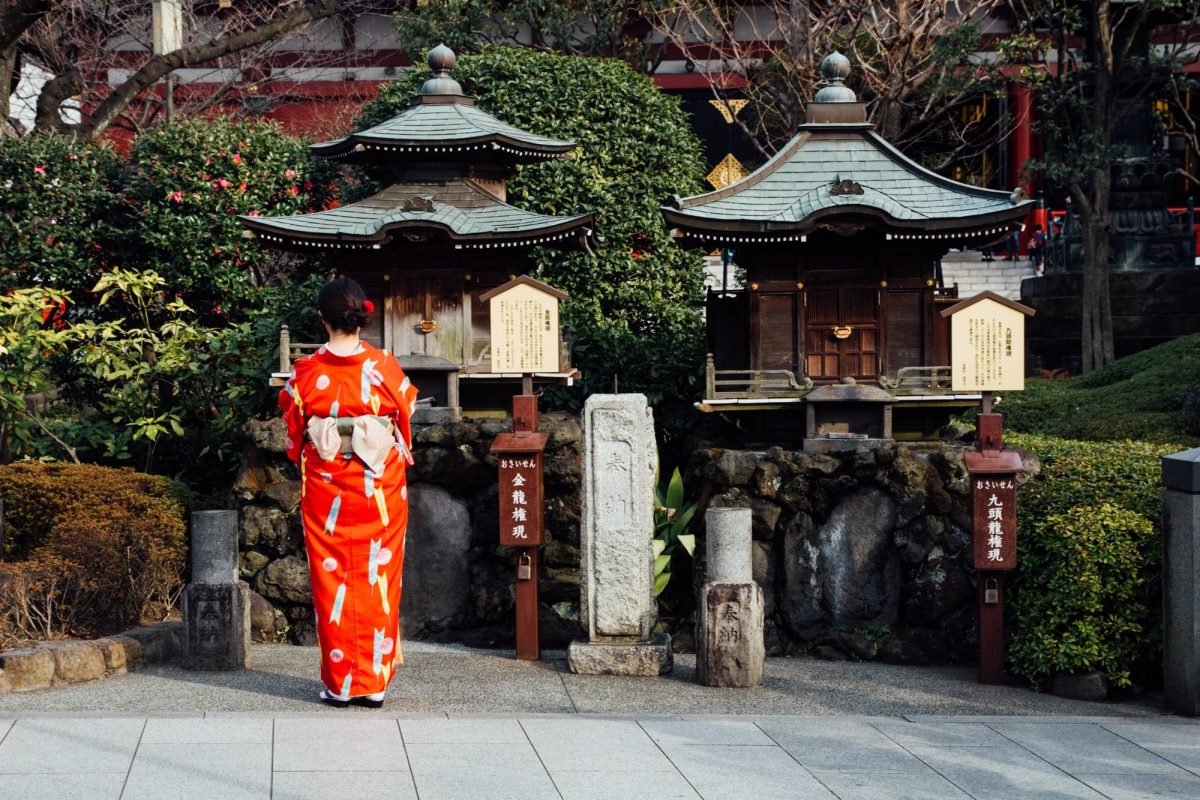 One of Tokyo’s hidden gems is the bustling business district of Akasaka. Brimming with corporate buildings, Michelin-starred restaurants, and entertainment outlets, Akasaka is definitely one of Tokyo’s most sophisticated and upscale districts. It’s frequented mainly by business travellers, but there are many things to do in Akasaka Tokyo even for leisure.

However, when you look past all the glitz and glam, you’ll see that Akasaka has so much more to offer: ancient temples, alleyways lined with quaint cafes, and even weekend flea markets. With that said, it’s about time we discover all that exciting dining, shopping and why Akasaka is currently on the rise as the next big thing in Japanese tourism.

1. Go on a food trip in Akasaka Sacas

You can start your day by grabbing brunch at one of the many restaurants at Akasaka Sacas. Probably Akasaka’s most notable landmark, the Akasaka Sacas is a commercial complex comprised of five buildings: the Tokyo Broadcasting System (TBS) headquarters, a high-rise residence, two performance venues, and the 39-storey Biz Tower.

Often called “a city within a city” due to its enormity, the Akasaka Sacas is considered an epicentre for high-end shopping, fine dining, and entertainment. The lower floor of the Biz Tower is where you’ll find some lavish restaurants serving Thai, Japanese, and French cuisines.

There’s always something happening in this part of town! From now until 13 January 2020, head to Akasaka Sacas for the TBS Twinkle Sacas – a winter festival where you can marvel at the sparkling illuminations and enjoy delicious food from gourmet food trucks! It is a must-visit for all ages.

How to get there: The Akasaka Sacas is directly connected to Akasaka Station. Make sure you get off at one of the exits in the east wing since those are the ones that lead to the Akasaka Sacas. The exits on the west wing will lead to other corporate buildings in the area.

Despite being a significantly modern and upscale part of the city, Akasaka is littered with a few ancient temples and shrines all steeped in religious history. One of them is Hie Shrine, often frequented by people praying for love, marriage, or fertility. Interestingly, the locals often include a visit to the shrine in their daily morning routine before heading off to work.  Flanked by modern office buildings on both sides, the shrine stands out as it’s surrounded by lush greenery. It’s best known for its bright red shrine gates (Torii) leading up to the shrine itself.

You might also want to visit Nogi Shrine, nestled between Akasaka and Roppongi. It is a place for modern-day Shinto worship dedicated to Meiji era army general and educator Nogi Maresuke. Tranquil and serene, the shrine seems completely detached from the hustle and bustle of the surrounding areas. On the fourth Sunday of each month, an antique flea market can be found there where locals sell some of their old furniture, wares, and other trinkets.

3. Marvel at the majestic Akasaka Palace

The Akasaka Palace, also known as the State Guesthouse, is one of the largest buildings constructed during the Meiji period. The palace, located on the Akasaka Estate, is definitely a sight to behold. Magnificent and grandiose, the palace resembles the Hofburg Palace in Vienna, with an ornate entrance, marble floors, and a grand staircase.

You can visit the palace for varying fees, depending on the type of visit. Visits are categorised into four types and are dependent on the combination of facilities you wish to visit. Ticket prices range from 300 to 2000 yen, depending on your age, and ticket prices may change during special exhibition periods. Tip: the view from the gates is often splendid enough even if you don’t enter the palace grounds!

How to get there: The Akasaka Palace is just 5 minutes away from Yotsuya Station on the Marunouchi and Namboku Subway Lines.

4. Dine with ninjas at the Ninja Akasaka restaurant

Easily Akasaka’s most popular dining outlet, enjoying a meal at the Ninja Akasaka restaurant is an absolute must. In a nutshell, it’s a ninja-themed entertainment restaurant replicating a hidden ninja village.

Be warned, though! You’ll need to embark on a long underground journey before you actually get to enter the restaurant. If you have the resilience of a true ninja, then it should be a piece of cake! Once you pass, however, you’ll be rewarded by tasteful food, amazing ninja waiters and, if you’re lucky, you might even get to enjoy an exciting ninja show!

How to get there: The closest station to Ninja Akasaka is the Akasaka-mitsuke station. The restaurant is just 2-3 minutes away from the station but it’s a little difficult to find because its entrance is so small. Luckily, it is right next to Tokyu Plaza which has a bright sign that’s hard to miss!

ARK Hills is another one of Akasaka’s major landmarks and is a major office development. It’s comprised of several buildings including the ARK Mori Building, the world-class Suntory Hall concert hall, a TV studio, and several apartment buildings. If you’re a classical music buff, you might want to catch a show at Suntory Hall while you’re there.

Every fourth Sunday of the month (second Sunday in December), the Akasaka Antique Market takes place at ARK Hills and is far from a shabby flea market as some might think. In fact, it’s a significantly more upscale affair compared to Tokyo’s other small craft fairs. Browse through the numerous shops selling various items including antiques, trendy clothes, gourmet treats, furniture, and even jewellery! It’s an excellent place to while the day away while listening to some live music performances.

How to Get There: ARK Hills is accessible via a number of train stations. The closest ones are Roppongi-itchome Station (on the Namboku Line) and Tameike Sanno Station (on the Ginza Line), both are only a minute’s walk away from ARK Hills.

If you want to get a taste of Tokyo’s hip art scene, a trip to Tokyo Midtown is a must. Home to a number of art galleries such as 21_21 Design, the Suntory Museum of Art, and Tokyo Midtown Design Hub, Tokyo Midtown is oozing with creative energy and is adorned with beautiful sculptures and paintings. Tokyo Midtown is also where you’ll find numerous flagship boutique shops, swanky restaurants, and delicatessens.

During the Yuletide season, Tokyo Midtown has a ton of scheduled activities and events including the highly-anticipated Midtown Christmas which includes the enchanting Garden Illumination and the Starlight Garden. Of course, Tokyo Midtown also offers its very own Christmas Market from 14 November to 25 December!

How to Get There: Tokyo Midtown is directly connected with Roppongi Station on the Oedo Subway Line.

Even today, Akasaka is on the rise as an up-and-coming tourist destination in Tokyo and it’s easy to see why. From serene religious temples to magnificent landmarks to open-air markets, Akasaka has plenty in store for any discerning traveller.

If you’re looking for a luxurious and conveniently-located place to stay in the heart of Tokyo’s business district or during the Summer Olympics 2020, our newest property, Fraser Suites Akasaka Tokyo is the perfect accommodation to base yourself. Characterised by top-notch facilities, modern furnishings, and bespoke services, staying at the property is a vacation in itself!