#Frasercares - covid - 19
Your session has time out. You have been logged out due to inactivity. To continue, please sign in again.
member sign up | sign in
| LOGOUT
Now Reading:
7 things to do in Sydney at least once in your life 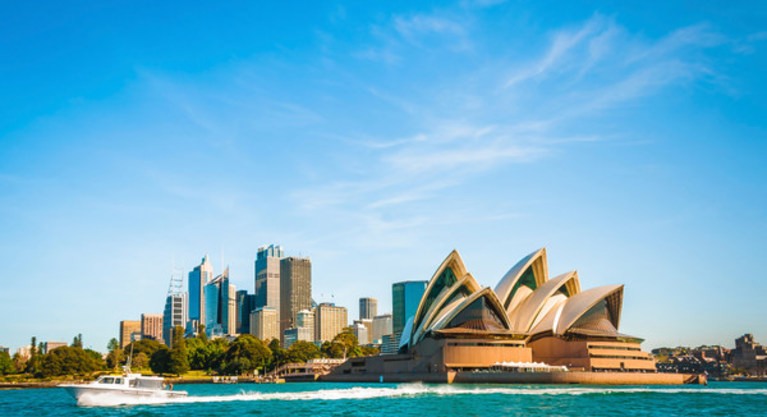 A Night to Remember: 5 Valentine’s Day Ideas When in Sydney Meet on Monday at Frasers

What are the best events and attractions in Sydney? We've created the ultimate bucket list

Note: Many performances, museums and venues have been closed or cancelled due to current events. Events on this list may be affected by these cancellations – if you're unsure, please call ahead to confirm.

Whether you're after natural beauty, glorious culture or rip-roaring good times, Sydney's bursting with experiences to suit every taste. Take a read and get cracking on this ultimate to-do list.

Done something on this list and loved it? Share it with the hashtag #Exploreyourcity and tag @FraserSuitesSydney.

What is it? Locals use it every day on their commute to work, but the Manly Ferry voyage is an impossibly beautiful treat.

Why go? While the motors chug soothingly, enjoy the scenery of Sydney Harbour as it glides by, taking you past the bridge, Sydney Opera House, Taronga Zoo and harbourside beaches such as Shark Beach and Camp Cove out to one of the city’s most popular beachside suburbs, great for bars, restaurants, shopping and snorkelling.

Don't miss: We suggest you hop off and explore part or all the Many to Spit walk for spectacular views of the north and south headlands.

What is it? A chance to scale the world-famous "Coathanger".

Why go? You can see Sydney Harbour in all its majesty. We recommend the express climb, which is a little shorter and takes you up the inside arc so that you are surrounded by hand-riveted steel and feel a little like you’re inside the ribs of a metal skeleton.

Don't miss: The views out west. This is an incredible experince at dawn, dusk or at night.

What is is? It’s the most photographed ocean pool in Australia – at Sydney’s most famous beach. The 50-metre saltwater pool a popular spot for sunbathers and a bottleneck spot on the Bondi to Coogee walk.

Why go? The baths have been a landmark of Bondi for 100 years, and it’s only $9 for casual entry – giving you access to the pool and sauna.

Don't miss: Every Friday at 6pm, your swim gets a soundtrack, courtesy of the local bands showcased at Icebergs' Sunset Sessions.

What is it? You'll find Young Henrys at bars and pubs all over the country these days, but there's no better place to knock back a frosty Newtowner pale ale than right at the source.

Why go? You get a taste of Newtown's bohemian vibe thanks to an inclusive and diverse crowd, and it makes an ideal starting point for a brewery crawl around the rest of the Inner West.

Don't miss: Sydney food trucks park at the brewery every weekend, which makes it a busy time to visit, so shake a leg in order to secure one of the prized high tables.

What is it? The state-of-the-art, four-floor gallery brings together 21st century Chinese art, with a rotation of four key exhibitions throughout the year. Founder Judith Neilson created the self-funded non-profit gallery to house her epic collection of post-millennial Chinese art. And entry is always free.

Why go? White Rabbit is known for putting on bold and sometimes confronting exhibitions.

Don't miss: Refuel with a plate of dumplings and toothsome tisanes at the in-house tea room.

What is it? This secret garden, with full views of Sydney Harbour Bridge, is part public, part private land at the foot of artist Brett Whiteley’s home in Lavender Bay.

Why go? For years, the land was tangled, overgrown and strewn with rubbish, but when Whiteley died in 1992, his widow, Wendy, channelled her grief into creating a place of enchantment. Sydneysiders come to escape the busier parks and enjoy a picnic in the hidden oasis.

Don't miss: The chance to snap a pic of Sydney Harbour surrounded by towering fig trees and native plants.

What is it? The heart of the business district is not where you’d expect to find an underground heavy metal after-hours pizza parlour, but Frankie’s doesn’t much go in for the expected. Chow down on a slice, knock back a beer and catch a live gig at this dive bar-cum-gig venue.

Why go? The front room feels like a pizza parlour from a movie set, but it’s more Ninja Turtles than Sopranos. There are postcards and old photos tacked to the walls; red and white tablecloths and candles in bottles; and they sure can bake the heck out of a pepperoni pizza. They’re open until 3am, seven nights a week, which means Mondays can redeem themselves with a set from the famous house band, a frozen Margarita and a tin of Pistonhead lager. Tuesdays is for karaoke, which is followed by two nights of live gigs at the heart of the working week. Fridays and Saturdays hit peak party, but there’s no rest for the wicked on Sundays – just more live bands.

Don't miss: Tucked away in the band room's back corner is Frankie's legendary collection of pinball machines. Drop a few coins and see if you can beat the high score.