#Frasercares - covid - 19
Your session has time out. You have been logged out due to inactivity. To continue, please sign in again.
member sign up | sign in
| LOGOUT
Now Reading:
The Best Attractions In Hamburg

The Best Attractions In Hamburg A Hotel Near Hamburg Christmas Markets 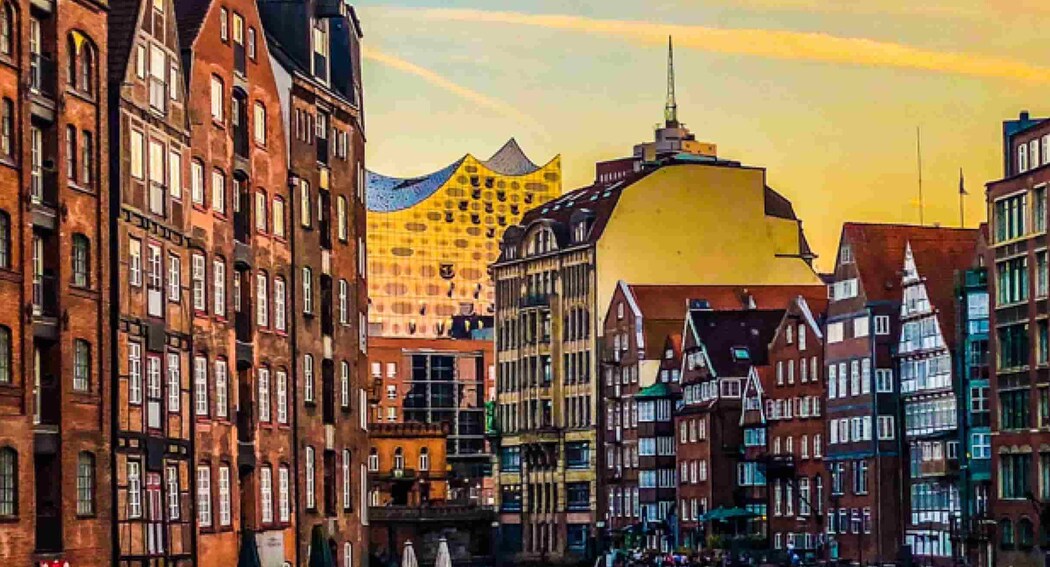 The Most Instagrammable Places in Hamburg

The Best Attractions In Hamburg

Germany's second-largest city after Berlin, and the country's biggest port, Hamburg is considered to be the country's Gateway to the World. At the head of the River Elbe estuary, Hamburg is a beautiful city with maritime charm with more bridges than Venice crossing its many canals. Find out the best attractions to plan the ultimate holiday getaway.

Some say the best way to see Hamburg is from the water, and there are certainly plenty of boat tour options. You could go on the hop-on-hop-off 90-minute Circle Line tour, or stay on-board and have a 2-hour barge tour around the container harbour and HafenCity. There are canal tours and speedboat tours so you can take in the sights at your preferred pace.

The public transport ferries are also great for some well-priced time on the water. Line 61 sails to Neuhof and back, and Line 72 is great for seeing HafenCity and the Elbphilharmonie.

The focal points of Hamburg's inner city area are the Inner Alster (Binnenalster) and Outer Alster (Aussenalster) – two artificial lakes connected to the rivers Alster and the Elbe. You can head out on an Alster steamer for an evening tour of the area.

Tip: Public transport HADAG ferries are cheap and can be free if you have a Hamburg CARD.

Europe's largest inner-city development project, HafenCity is a new waterside quarter along the Elbe. This harbour city within a city is expected to double the population of downtown Hamburg when it's complete in 2025. It's a mix of old and new with land reclaimed from the Elbe. Outside of the heritage quarter with its 19th-century repurposed warehouse buildings, the architecture is steel-and-glass visionary styles. This ambitious urban development is definitely worth revisiting over the next few years as it transforms.

The main attraction at HafenCity so far is the striking Elbphilharmonie that opened in 2017. Known locally as Elphi, this concert and performance venue, at the point of the Grasbrook peninsula, has a six-storey brick, former cocoa, tea, and tobacco warehouse at its base with an additional twenty storeys on top with over 1,000 curved glass panes. It stands at over 100 metres high and its profile has been compared to waves, the sails of a ship or a quartz crystal.

The Great Concert Hall has seating for over 2,000 in one of the most acoustically advanced venues ever built. But you can visit without a concert ticket to enjoy the harbour view from the Plaza. For a couple of Euros, you get to enter and travel up on Europe's longest escalator to the wraparound balcony. (The main escalator takes you to the 6th floor with window views and then a shorter escalator connects to the Plaza on the 8th floor.)

Tip: To really get to know this landmark building, there are guided tours you can book in advance. Available in English and German.

Open 365 days a year, Miniatur Wunderland is the world's largest model railway. Not just for kids, this place is huge! Filling a whole warehouse, there are 10 miles of track with 900 trains.

Admire the Swiss Alps, Rome's Colosseum, St Peter's Basilica or even the Las Vegas casinos. The biggest crowds gather around a replica of Hamburg airport where every few minutes a model Lufthansa plane glides along the runway and actually takes off. There are 260,000 tiny human figures to spot too. And it's interactive, as visitors can flick around 200 switches to control things like windmills, a helicopter or space shuttle. This is one of the most visited attractions in Germany, so book your ticket online in advance to avoid the long queues.

Tip: After your visit, explore the surrounding Speicherstadt. A UNESCO World Heritage Site since 2016, this is the world's largest warehouse district. Stop amongst the 19th-century warehouses and narrow canals for coffee and cake in the Speicherstadt Kaffeerösterei.

With more than 700 artworks on permanent display, the Kunsthalle is one of the most important museums in Germany. Its European art includes works from the Renaissance to the present day.

In three connected landmark buildings on the Glockengießerwall, there are medieval altarpieces, works by 14th-century local artists, Dutch masters of the 16th and 17th centuries and more plus substantial contemporary art too. The old masters include Goya, Rembrandt, Rubens, Lucas Cranach the Younger and Canaletto. And the illustrious names keep coming with Paul Klee, Picasso, Francis Bacon, Edvard Munch and Andy Warhol. Oh, and the views from the gallery's huge picture windows are also worth seeing.

Tip: Yes, it can get busy here so why not come for the late opening on Thursdays when the gallery is open until 9pm? And there's a really good multimedia guide available in English and German.

In the centre of Hamburg's Old Town, the Neo-Renaissance City Hall is one of Europe's most opulent. Completed in 1897, there are 647 rooms and many are open for public tours and the city's annual Long Night of Museums event.

The magnificent sandstone building's elaborately decorated 133-metre wide façade is flanked by 20 statues of emperors. Past the ornate wrought iron gate and into the entrance hall and you'll see 16 sandstone pillars painted with 68 portraits of worthy Hamburg citizens. The staircase is of Sardinian marble, and the Kaisersaal (Imperial Hall) – named because of the visit by Kaiser Wilhelm II at the opening of the North Sea-Baltic Canal – has a striking ceiling painting depicting the importance of German merchant shipping.

The only light in the Senate Chamber is from the large glass roof to symbolise the ancient Germanic custom that the council meets in the open air. And don't miss the 46 metre long Grand Ballroom where 5 huge paintings depict the history of Hamburg from 800 to 1900 and 62 city coats of arms of the old Hanseatic League decorate the walls.

Tip: There are free temporary exhibitions inside so you don't need to take a tour to go in. And it's worth knowing about the 'secret' inner courtyard where you can rest at outdoor tables and admire the fountain crowned with a statue of the goddess Hygieia.

As well as the stunning white and gold interior to see, many come to climb the 452 spiral stairs to the top of St. Michaelis to be rewarded with the views of the city and harbour from 106 metres above the ground. (Don't worry, there is a lift too.) It's worth returning in the evening to do this again as the views accompanied by classical background music makes it quite magical.

Known affectionately as 'Der Michel', Northern Germany’s largest Protestant baroque church is one of Hamburg's most recognisable landmarks. Built-in the mid-17th-century, it's vast with space for 2,500 worshippers inside.

Tip: In a courtyard to the east of the church are the Krameramtswohnungen, dwellings originally built to house the widows of members of the local Shopkeepers' Guild, as well as a museum.

Open since 2008, Hamburg's International Maritime Museum is easy to find in HafenCity as there's an enormous propeller out front. Housed in a red-brick heritage building, this museum is considered to have the world's largest private collection of maritime treasures.

Over nine exhibition decks, you can discover 3,000 years of maritime history. The oldest artefact on display is a dugout boat (canoe), hollowed out of a tree trunk thousands of years ago, that was recovered from the Elbe in Hamburg's harbour.

There are 26,000 model ships plus 50,000 construction plans, 5,000 illustrations, 2,000 films, 1.5 million photographs and much more. There are whole sailboats and engrossing curios like Admiral Nelson's letters and a reproduction of Ernest Shackleton's lifeboat. And there's a look to the future too as an entire deck is devoted to the latest in marine research with films taken by diving robots and recordings of undersea sounds.

Tip: The ticket price is half-price after 4:30 pm but, you won't have long as the museum closes at 6pm.

Fischmarkt in St Pauli is open on Sunday mornings only but around 70,000 visit each week proving it's worth getting up early for. The all-night clubbers also enjoy the market and there's live music and DJs in the adjoining Fischauktionshalle (Fish Auction Hall).

Be prepared for the boisterous Marktschreier (market criers) who hawk their wares at full volume. And you'll want to try the Fischbrötchen – a roll stuffed with mackerel, herring, pollock, salmon or shrimp, fresh from the North Sea.

Tip: The Fish Market is open from 5 am to 9.30am from March to November. During the winter months, it opens at 7am.

Built to commemorate the importance of Hamburg in the history of The Beatles, you'll find Beatles-Platz at the crossroads of Reeperbahn and Große Freiheit. Designed to look like a vinyl record (a 29 metre wide record!), Beatles-Platz in St. Pauli has abstract steel sculptures resembling cookie cutters of the Fab Four.

Actually, there are five life-size stainless steel frame outlines representing John Lennon, Paul McCartney, Stuart Sutcliffe, George Harrison plus a hybrid of drummers Pete Best and Ringo Starr – each of whom played with The Beatles at times during their two years in Hamburg in the 1960s.

In the grooves between the granite slabs, there are steel bands engraved with about 70 song Beatles song titles. At the edge of the disc, there are four square recessed lights that flash alternately creating the impression of a rotating turntable.

You wouldn't be the first to insert yourself into the sculptures to be a Beatle for a photo opportunity.

Tip: To find out more about The Beatles' time in Hamburg, there is a Beatles Tour available.

Enjoy the timeless luxury you’ve come to know and appreciate from Frasers Hospitality. Stay with us at our newly opened architectural gem: Fraser Suites Hamburg. You will be comfortable and have convenient access to the city’s main concert venues, HafenCity, Speicherstadt and Old Town. Fraser Suites is unsurpassed in terms of location and charm. Housed in one of the city’s most famous buildings: Oberfinanzdirektion in Roedingsmarkt, book one of our 154 suites and rooms.